Jo Grant assisted the Doctor without having attained her science GCE. Sarah Jane Smith was a young journalist pup with little scientific knowledge while Leela was a savage; they all got by. The Romanas were arguably smarter than the Doctor, yet their reaction to the horrors of space was to spend the best part of three seasons screaming, despite the Time Lady demeanour. As for Nyssa – well she was just a younger, more naive Romana whereas Tegan was… noisy.
The cultural phenomenon of feminism has often been applied to the relationships in Doctor Who – so I won’t waste your time repeating them. The fact is the women’s lib movement was well established by 1984 yet botany student and therefore female role model Ms Perpugilliam Brown spent the next two years moaning and screaming. Nonetheless, the ample charms of the Fifth and Sixth Doctor’s companion, Peri are ripe for analysis… From her revealing introduction in Planet of Fire, Miss Brown was always going to be nothing more than a traditional Doctor Who companion – or assistant as they were known in those days – thrown into galactic exploration through time and space with a man who was very shortly about to change as completely as it is possible for anyone to change.
For the most, she somehow managed to deal with this trauma with considerable humility, but behind the smiles it’s now obvious that, despite the huge sacrifice the Fifth Doctor made for her, she was less than happy to lose the good natured, handsome cricketer in favour of the boorish Doctor and his technicolour dream coat.
Could this have shaped her travels? It certainly didn’t help that she never even thanked her traveling partner for saving her life! Then again, she was probably less grateful when the very same man, albeit in a new guise, turned on her just one episode later. Often Peri appeared vastly out of her depth, especially when compared to her 1970s predecessors. What she did have in her favour was her girl-next-door looks and kind heart. But while this made her the perfect companion for the Fifth Doctor, she was virtually the antithesis of the Sixth incarnation.
And therein lays the conflict. Sacrifice and a difference in philosophy lead to Peri’s time in the TARDIS being sadly one of largely conflict. Though they later came to mellow their relationship, and the Doctor was suitably shocked to hear of her “death” in Mindwarp, they were never a perfect match.
In some ways, this reflects on the Doctor’s overall character and inclination to put up with stowaways. Companions such as Adric and Tegan bundled their way on to the TARDIS unseen, while the Doctor was unfairly lumbered with Turlough. These occurrences appear to have affected his choice of companions, and Peri, capable as she is, is simply immature and brattish. Like the Doctor that she is mainly associated with, Peri was poorly served by a production team which had gradually lost direction over the preceding couple of years, and didn’t look like finding the compass any time soon. Colin Baker and Nicola Bryant were both wasted in Doctor Who, frankly, with questionable character profiles and poorly executed scripts – not to mention the overall look of Doctor Who during this period…
Overall, the Doctor and Peri simply weren’t friends. Although this fact was revised for The Trial of a Time Lord, their relationship would always be looked upon as strained until many years later, and the launch of the Big Finish audio dramas.
Much has been written of the development of the Sixth Doctor in these adventures, and the excellent performances which Colin Baker has put in with both of his television companions. But on the occasions in which Nicola Bryant has returned to play Peri, not only has she and Peter Davison or Colin Baker slipped into their role effortlessly, they’ve all brought something new and warm to their portrayals.
Peri, thankfully, is now portrayed in a much more mature light, still with an edge, but much more likeable. She may never be voted the best Doctor Who companion, but she’s certainly one of the most entertaining.
(Adapted from an article originally published in 2006. Read more from Christian at BeyondKasterborous.) 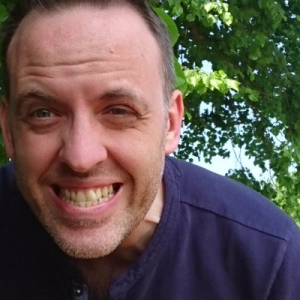 by Christian Cawley time to read: 3 min
Features Grim Visitations: A Brief History of the Reaper in…
Features Body Count: Re-Evaluating Resurrection of the Dale…
0
%d bloggers like this: