Back in those days, I used to have a friend in High School whose mom liked Doctor Who. I remember seeing Tom Baker’s time tunnel titles – I’d pause and watch that, then go off with my friend and play Atari 2600. Some time later in the year, I found out about the 20th anniversary Doctor Who special (presumably from my local PBS channel), so I decided to tune in and watch one. I thought that would be a good point to start.

So in November 1983, I sat down to watch The Five Doctors on WHYY in Philadelphia (two days before the UK as it turns out), and was pretty confused immediately. Now, I knew it was an anniversary special with multiple variants of the same character (as played by Peter Davison, Tom Baker – briefly – Jon Pertwee, Patrick Troughton, and, largely replacing William Hartnell, Richard Hurndall), so I was somewhat prepared but it was a big ol’ confusing pile of fun for me.

As I look back on this, more than 35 years later, I cannot recall if some of my memories were from original viewing; there was just so much fun in this story. In the intervening decades, I’ve read a lot from people who say the story has problems: it’s too crowded, nobody got any development, etc, etc. I think it missed the point. For me, The Five Doctors was a celebration of Doctor Who. It was never meant to be The Talons of Weng-Chiang or The Caves of Androzani. It was supposed to be a rollicking good time looking back on the history of Doctor Who. That’s EXACTLY what it was. I found it fun at the time, and now, in 2019, I find it just as good.

I recently rewatched it – the day that Terrance Dicks died, I put on The Five Doctors that evening. It’s just as enjoyable as it was back in 1983. I still wonder how Sarah (Elisabeth Sladen) fell down that ramp there, but I digress…

At the time, I was blown away by this story, and as time progressed, I learned to love it. It’s not the deepest story you’ll ever see on this show. It’s a nostalgia fest which had to balance four actors in the title role, a fifth that didn’t want to be there, and a recasting of one of the four. You had a dozen or so companions in various states of “things to do”; a handful of old enemies; one of the most “Gallifrey” stories there has ever been; and you could have had a disaster. But it wasn’t. This was written by Doctor Who legend, Terrance Dicks, for crying out loud! In the hands of a lesser writer, it would have been too boring, in my opinion. Dicks made this work, and I told him that at a convention I met him at in the 1980s. I was so tempted, when I thought of Dicks’ best work, to go with something like The War Games (which I really like), but I’ve consistently loved The Five Doctors over the decades, so I go with this as my favorite Terrance Dicks story.

True, a lot of companions stand around doing not much of anything – this is taken to an extreme in the last major scene when Borusa (Philip Latham) mentally freezes Tegan Jovanka (Janet Fielding), Vislor Turlough (Mark Strickson), Sarah Jane Smith, Susan Foreman (Carole Ann Ford), and the Brigadier (Nicholas Courtney) in place, so they have nothing to do in that scene. Several others had very brief cameos – Jamie McCrimmon (Frazer Hines) and Zoe Herriot (Wendy Padbury), Liz Shaw (Caroline John) and Mike Yates (Richard Franklin)…

But I don’t care about all these things. This is an unadulterated fun story, and one I’ve always loved for that. It doesn’t take itself too seriously, which is really obvious as you watch it.

Speaking of fun, some things here were originated or referenced elsewhere, too:

I love when shows reference themselves in this way, so I can see The Five Doctors again in those other serials.

The story was re-released on home video in 1995 in a “Special Edition” with additional scenes inserted in, and things tweaked. The one thing I didn’t care for was when the Fourth Doctor was returned, they changed the scene we saw of him being “unstuck”; I liked the one they used originally from Shada that has his scarf hanging outside the TARDIS door. There were some other minor tweaks, like the harp music that the Fifth Doctor plays was changed, and Rassilon’s voice was altered somewhat. Most of the rest of the changes were inconsequential trims and additions.

There was one major thing added to the show’s overall mythos in this story.  This concept did not exist before, and laid the ground for what happened when Matt Smith regenerated into Peter Capaldi. This was the first story that said that a Time Lord can have a “complete new life cycle”. This was the carrot offered to the Master (Anthony Ainley) to help the Doctor by the High Council on Gallifrey. I get the impression it’s some special thing, because if anyone can just get a new life cycle, then Time Lords are effectively immortal, and negating the big thing Borusa was trying to get from Rassilon in this story in the first place.

But here’s the bottom line. The story handles multiple Doctors, multiple companions, and numerous throwbacks to olden days rather well. As I said earlier, it’s perhaps not the most complicated story, but that’s not what this one was about. It was never going to be Blink, Genesis of the Daleks, or the 50th anniversary special. It was a fun romp – a way to look back and characters from the past interacting with the (then-) incumbent crew. I still love it today in 2019 as much as I did in 1983, although I’m no longer confused as to why there were five actors in the title role at the same time.

I realise this review has been kind of rambling, but it’s one of those stories that when someone asks me why it’s good, I just go “Oh bloody hell, just watch it – you’ll get it”.

One question that lingers after all these years though…  When Sarah Jane was returned, did she pick up her purse that was flung on the ground? Or is that what K9 (John Leeson) was doing all this time – guarding her purse by the bus stop?

NEXT: The rise of fandom! 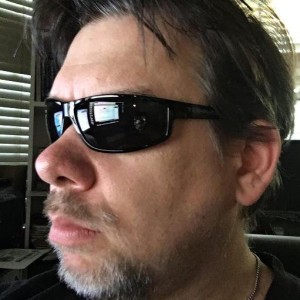