Jenna Coleman (that ‘impossible girl,’ Clara Oswald) and David Morrissey (Jackson Lake in The Next Doctor) are getting set to give a live virtual play reading this weekend.

The reading will be part of an event entitled The Remote Read, which will raise money not only for out-of-work technicians and creatives but also The Felix Project, a charity that delivers surplus food to charities and schools so they can provide healthy meals and help the most vulnerable. As they explain:

1.5 million adults in London struggle to afford to eat every day, 400,000 children are at risk of missing the next meal. Meanwhile, our food industry generates almost 2 million tonnes of good, edible surplus food each year.

The play to be performed by Coleman and Morrissey is A Separate Peace, a one-act satire by Tom Stoppard. In it, new patient John Brown arrives at a country nursing home with a case of money expecting hotel-style service. Originally written for TV in 1966, it explores themes of care, confusion, and expectation and, according to director Sam Yates, is ‘a vibrant and moving exploration of connectedness and care.’ The producers behind The Remote Read are CurtainCall, in partnership with US-based non-profit organisation Apples and Oranges Arts and UK-based non-profit Platform Presents.

It’s been a busy few years for Coleman since handing in her key to the TARDIS. Beginning in 2016, she starred in three series of ITV’s drama, Victoria, about the life of Queen Victoria, and took the lead in BBC One’s four-part adaptation of Helen Fitzgerald’s novel, The Cry. Most recently, Colman has been working on the BBC’s forthcoming crime series The Serpent (above), although production has been suspended because of the COVID-19 pandemic. And that has left her at a loose end for A Separate Peace.

The play will see Colman, Morrissey, and the rest of the cast perform, script-in-hand, over Zoom. The first live performance will take place on 2nd May at 8pm (BST). Standard (£10) and Premium (£20) tickets and more information are available from The Remote Read. 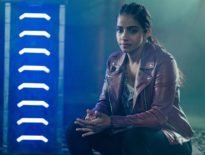 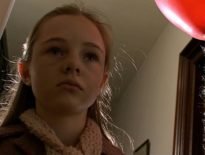