This June sees a release guaranteed to lighten Lockdown for fans in Britain and the US: six new Character Options action figure sets. As with previous figures in the series, each is a highly detailed 5.5-inch articulated figure in collectable packaging.

The range will be launched simultaneously in the US, where customers can pre-order from the official North America Doctor Who store, Amazon, and the BBC Shop. As the Character Options Creative Director, Al Dewar, said:

This will be the first time in almost a decade where there will be parallel launches of the same product in the UK and the USA. As always, the Character team has tried very hard to bring something new to delight, and hopefully exceed the expectations of fans and collectors alike.

Starting deep in the classic era, one set will comprise the Second Doctor and TARDIS as seen in the final episode of Patrick Troughton’s 1969 apotheosis: The War Games. Befitting the culmination of this epochal story, the Doctor is even more dishevelled than usual — with ripped trousers — while the TARDIS is authentic dark blue with the square top lamp and lower profile base.

Moving on just a handful of heartbeats, there’s also a new UNIT set, featuring Brigadier Alastair Gordon Lethbridge-Stewart, Captain Mike Yates, and Sergeant John Benton, as they appeared in the 1971 story, The Claws of Axos. The Brigadier is seen wearing his less formal uniform and beret, while Yates and Benton are in their combat fatigues and webbing. The rendering for the Yates and Benton figures was done by The Affable Design Company and they recently shared some of their work on their Facebook page.

From the Fourth Doctor’s seven-year reign, there is a recreation of Sarah Jane Smith as she appeared in Genesis of the Daleks and Revenge of the Cybermen in 1974-75. There is also a Romana, as portrayed by Mary Tamm in The Pirate Planet in 1978 and — courtesy of Affable again — Lalla Ward’s Romana II in Destiny of the Daleks (1979).

Then, coming right up to date, the Friends and Foes of the Thirteenth Doctor Set debuts Yasmin Khan as she appeared in Arachnids in the UK (2018), Ryan Sinclair in Rosa (2018), and a Judoon Trooper from Fugitive of the Judoon (2020).

It’d be a dark day when the Daleks didn’t get a look-in, of course, and they have two sets to round off this release.

This time, we go back to their very beginning in The Daleks in 1963, with two of Skaro’s finest in their original livery of silver, mid grey, and blue. The two Daleks together showcase the opening irises of Ray Cusick’s landmark design, along with the first gun sticks, with their straight metal rails and inset plastic octagons. These figures are even etched with the markings used to distinguish the first four Dalek props on set.

Finally, The Dalek Invasion of Earth Collector Set features the revised Daleks as seen in their return appearance in 1964. These are taller, with deeper bases and refreshed colouring. The set comprises a silver eyed ‘Drone’ Dalek and the black ‘Saucer Command’ Dalek.

These new sets will be available in the UK exclusively at B&M stores from June. 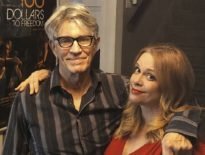 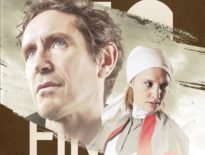