There is no doubt that, in Doctor Who terms, the wiping of a huge swathe of episodes has been a bit of a disaster, but I don’t want to go into a post mortem about the actual episode wiping, except that I’m one who understands why it happened. It’s very easy to apply today’s standards retrospectively, but all decisions are made for the reasons for the time they were made. Let’s leave that there.

Of course, having these episodes intact would be the best, but I thought I’d consider what benefits we’ve had, over the years, because of these wiped stories.

In my early fandom days, Doctor Who Weekly would tell me about all of the vintage Doctor Who stories that, at the time, I believed I would never see. As a result, and coupled with my young age, anything pre-Pertwee (i.e. before my time), gained a mystical status. The Target novels reinforced that status because I had no preconceived idea of how they looked on transmission. Only the pen-line drawings in some of the earlier Target books and occasional photographs in Doctor Who Weekly gave any indication, but one’s imagination is very good at filling in the blanks.

In an age where every surviving story is accessible, some of those wiped stories still maintain that mystical status because they still can’t be viewed. Stories like Marco Polo are held in such high regard and, even in this digital age, maintain an enigmatic aura.

For those that have been watching since An Unearthly Child, none of this really applies; but you’ve seen Evil of the Daleks. If this were Doctor Who Top Trumps, you just won that round.

What? What is there to be elated about missing episodes?

Simply put, that moment when news breaks when a lost story is recovered. How excited were we, in 2013, when it was announced that The Web of Fear and The Enemy of the World had been recovered by Philip Morris? It was brilliant news and, being the 50th anniversary year, excellent timing too.

It is true that at the same time Web and Enemy were found there was a rumour flying around that all (or the majority, at least) missing episodes had been recovered. Sadly, this turned out not to be the case, but for a short while that was pretty thrilling.

If you’re one of the older peeps here, like me, you might remember there was the first ‘big’ find, in 1991, when all of The Tomb of the Cybermen was returned from Hong Kong in its entirety and, like Web and Enemy, it was rushed out to the video shops. There had been episodes returned before this – I remember seeing Prisoners of Conciergie at Panopticon V in 1982, as it had been a recent find – but Tomb was one of those classics that we’d be screaming to have animated if it were still lost.

As time goes on, the chance of any further stories being returned to the BBC archives tends to get less likely – although rumours still abound concerning private collectors – but imagine how we’re going to feel should Marco Polo or The Evil of the Daleks actually surface. Fingers crossed.

The Reconstructions and Remakes

The missing episodes have been an inspiration to many a fan to provide their own reconstructions: animations, computer generated clips (usually of Daleks), animated telesnaps, and re-filmed scenes many of which can be found on YouTube (other video sites are available). There is some real love and effort involved here. Not to mention the skills honed partly, or wholly, due to a love of Doctor Who and a desire to help fill the gaps in the archive, in some small way.

There has been a semi-professional re-imagining: The Power of the Daleks (2011) by TNT Films, featuring Big Finish stalwarts Barnaby Edwards, Lisa Bowerman, and Nicholas Briggs (as the voice of You Know What), where the action is moved to a North Sea Oil Rig rather than the planet Vulcan. Sadly, this doesn’t appear in its entirety anymore, but clips are still available.

And, of course, the recent very loyal remake of Mission to the Unknown (2019), by students from the University of Central Lancashire.

Who remembers the days when the official BBC Doctor Who website used to have original content such as the webcasts? We were given new things, such as The Scream of the Shalka, (McGann’s) Shada, Death Comes to Time, the grizzly Real Time, the Mike Tucker original special effects clips, and the volatile message boards (which often made Twitter look like a tea party).

Within that lot, released weekly, were missing episode Photonovels, but with sparse sub-titles rather than the soundtrack. These were interspersed with surviving clips, but because the internet wasn’t the broadband paradise we enjoy now, they were low-bandwidth quality. Interesting times getting those clips running properly when trying to stay on the internet, on dial-up, with a provider that is giving a connection ratio of 15 to one and charging a penny a minute on your phone bill. That might sound cheap, but said phone bill would often take you by surprise.

This part of the BBC Doctor Who website is now neglected, and, although the photonovels are still there, they are hard to find due to broken or incorrect links.

Every year, there is an announcement of which missing story is going to get the animation treatment; usually at the US Comic Con – the most recent release being The Faceless Ones, soon to be followed by Fury from the Deep. Recent endeavors have been The Macra Terror and The Power of the Daleks (which keeps being re-visited).

But this isn’t a recent thing. Many DVDs have been released with animated episodes to fill gaps where most of the story was present; the first being The Invasion released in 2006, where episodes one and four were animated.

I was quite a fan of some of the earlier animations as I loved the clean style of Cosgrove Hall’s work, most notable for providing the animations for The Scream of the Shalka and the Tenth Doctor animation The Infinite Quest. Sadly, Cosgrove Hall are no longer around, but the current animators – BBC Studios – are doing a sterling job.

Not all directly as result of missing episodes, but certainly because of the poor state of many of the existing stories in the BBC archive, investment has been made to improve the sound and picture.

Steve Roberts’ Restoration Team made leaps and bounds in improving the picture quality of vintage Doctor Who, albeit largely for commercial release purposes but nonetheless very welcome. A further restoration called VidFire was also developed to restore the quality of a video production to how it would have looked on its original transmission.

Even as long ago as 1993, Jon Pertwee episodes, only held in black and white, were painstakingly colourised – again by the Restoration Team – using reference material from off-air colour recordings from US TV stations. Who remembers the little paintbrush logo on the VHS spines of those 30th anniversary releases: The Daemons, Doctor Who and the Silurians, and The Terror of the Autons?

Then there was the breakthrough when it was noticed, during a UK GOLD showing of Planet of the Daleks episode three, that some colour signal existed; chroma dots in the picture of a black and white telecine, recorded off a colour monitor, held the information to restore the correct colours without the need for a secondary reference.

Video and audio restoration are advancing all the time; very soon it will be a simple click of a mouse to restore media to pristine condition and the work that Doctor Who inspired will have been a large step towards that.

Certainly, there are huge gaps in television archives (not just the BBC) and there is the ongoing hunt to recover any missing material. A notable recent recovery has been two episodes of The Morecombe and Wise Show, from 1969, which were shown on BBC Two during Christmas 2018.

But, rather like the technological advancements in restoration, Doctor Who is (arguably) a driving force behind the hunt for archive material. After all, Morecombe and Wise are popular but, unlike Doctor Who, there wasn’t the rush to get them released on DVD to a hungry audience as soon as possible.

On the popular Missing Episodes forum, Doctor Who has its own section.

Definitely the most exploited area of missing episodes are the soundtrack releases and thanks must go to Graham Strong and David Holman for having the foresight for recording these; at least we have something from every story.

The soundtrack releases started with a small cassette range: The Power of the Daleks, The Evil of the Daleks, Fury of the Deep (all with linking narration by Tom Baker), and The Macra Terror (Colin Baker). The range also included Tomb of the Cybermen (with linking narration by Jon Pertwee) which had been recovered by the time of the release of the range in 1993. The only difference was the phrase “The Missing Stories” was omitted from the cover.

From 1999, the BBC Radio collection/BBC Audio started to release pretty much every soundtrack; even for stories held in the BBC archives, but for the first few years, the soundtracks were exclusively missing stories.

The cassette soundtracks, when rereleased on CD, had the sound quality cleaned up and had their linking narration re-recorded by Anneka Wills and Frazer Hines; although Colin Baker’s narration survived. Further releases were also narrated by Peter Purves, William Russell, and Wendy Padbury.

These were also released again in Lost TV Episodes box sets, by season, as well as a couple of stories turning up as extras on DVDs, as with The Macra Terror animation release.

All of the missing episode soundtracks are now available, but bringing this right up to date, Evil of the Daleks, The Daleks’ Master Plan, and The Massacre have all had lavish (and expensive) vinyl releases by Demon Records.

It could be argued that missing story soundtracks have been re-released more times than extant stories on visual media!

Are There Really Any Positives to Missing Episodes?

The simple answer is “yes”! The descriptions above are not meant to be a definitive list, but it’s quite clear that there has been a small industry within Doctor Who circles as a direct result. It’s clearly been very lucrative for the BBC.

But even the act of trying to recover stories produces their own thrills, spills and mysteries; such as who stole The Web of Fear episode 3 before Philip Morris could get to it?

Certainly, the fact that we’ve got a gap of 97 episodes is a shame, but it’s not all been bad.

Can anyone think of any other benefits that the missing episodes have brought us? 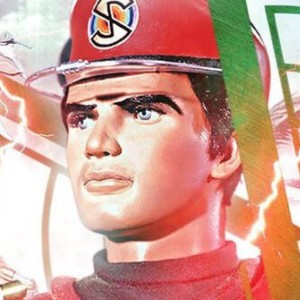 Features The Definitive Doctor Who Costume: Who is the Best…