Which areas of Doctor Who continuity don’t quite make sense? Which parts contradict the others? You’ll likely immediately think of two examples: The Timeless Children and all that came with it; and the Doctor saying he’s half-human (on his mother’s side).

The former occupies the cover of the latest issue of Doctor Who Magazine, which has canon-heavy sections on the Doctor, the TARDIS, Gallifrey, the Daleks and the Cybermen. (Personally, I’ve never had any issues with Who continuity on TV, up to the Timeless Child stuff, but I keep hearing online about how continuity never made sense anyway, so I guess this issue of DWM is vital after all…)

Doctor Who Magazine #554 is on sale now. 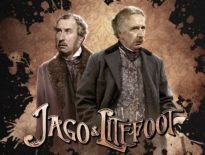