Which is the best Doctor Who costume? Surprisingly, not the scariest thread in the recesses of the typical Doctor Who forum; most fans agree – as The Eleventh Hour attests – that bow ties are undeniably cool.

I’m guest posting from the Lovarzi Blog, where the Doctor Who costume means a lot to us; some of you will know us as the “Doctor Who scarf people” but we’re also known for Van Gogh-inspired gloves and question mark tank tops (you might have to wait for the question mark underpants). Because of this, I couldn’t resist the opportunity to weigh in with my thoughts on the best-dressed Doctor.

And no, it’s not Jon Pertwee as a cleaning lady, before I get letters.

Ladies and gentlemen, and trees and multiforms, I think I have whittled it down to a top three. Deep breath. Lower those attack eyebrows. Assemble a cabinet at me later…

I couldn’t compile a top three list without including the Ninth Doctor’s minimalist garb. Russell T Davies described it as being very “stripped down” and he’s not wrong; I remember looking at photos whilst Series 1 was shooting, and seeing Eccleston in his leather jacket. I kept thinking, hmm – I wonder when they’re going to announce his costume! But that was it. A V-neck sweater, baggy jeans, and a battered black leather coat with big buttons and lapels.

In some ways, this is a typical Doctor Who costume, and in other ways, it’s mould-breaking. The Ninth Doctor proved that you could cosplay his jacket and jeans in your local Wetherspoons (other pubs are available) and nobody would bat an eyelid. It’s simple and functional, which perfectly reflects Eccleston’s no-nonsense Doctor. It’s enough to keep you warm, and perfect for picking up overheated TARDIS keys in the event of being trapped in a church that’s surrounded by time reapers, in the midst of a world-breaking time paradox. It can happen to anyone.

What a journey the Eleventh Doctor’s costume went on! To be honest, I was slightly disappointed when his initial costume was announced (that is, the one he picked out in The Eleventh Hour.) I thought it was too uninspired, too bland – it seemed to lack any colour or life. But I confess that it was at least ‘in character.’

However, I think the outfit’s Series 7 overhaul just about nails it, maintaining the bow tie and tweed combination that made Matt Smith’s Doctor so iconic, while adding a bit of much-needed colour and flair. Obviously, the jacket is a little longer than its Series 5 predecessor, and it works well. I can’t tell you what it is about long jackets that make the Doctor seem more heroic, but they do, and this is certainly the case for Doctor Number Eleven. Perhaps it’s the way it flaps madly in the breeze, as our favourite Time Lord guns it down an exploding corridor? Whatever the reason, I also love this outfit because it’s purple, and we could all use a bit more purple in our lives…

The 18 ft. long Tom Baker scarf has to be at the top of my list – and not just because I’m a Lovarzirite. Even people who aren’t fans know about the famous Doctor Who scarf. It’s so famous, in fact, that it’s become a piece of science fiction iconography in its own right. It’s totally ridiculous, and hugely impractical – and for those reasons, it’s every bit the Doctor Who costume. I think this is why I am so quick to defend Colin Baker’s multi-coloured-explosion-in-a-rainbow-factory get-up. For better or for worse, it’s in-keeping with the Doctor’s personality to wear something ridiculous simply because he wants to, paying little attention to what others might think, or indeed the practical implications of doing so. For instance, the Third Doctor was frequently described by bemused onlookers as “that strange man in fancy dress” and he dismissed them out of hand. Similarly, the Eleventh Doctor’s penchant for bow ties was forever criticised by his companion Amy, whom the Doctor rebutted with a simple “bow ties are cool.”

So yes – the Fourth Doctor’s scarf has to take the top spot, be it the Season 12 / 16 / 18 variant. And I’m a huge fan of the latter, by the way – maybe because it’s purple? (Purple again!) But as cumbersome as it might have been, the Fourth Doctor often used it to gain the upper hand in compromising situations, and can be seen using it to trip-up miscreants in Robot and The Hand of Fear, and even distract death-rays in The Ark in Space. (In fact, we even wrote our own mini-post about this on the Lovarzi blog: The top 3 uses for a Doctor Who scarf.)

Moreover, it’s an outfit that has endured. Eagle-eyed viewers will note that many-a-Doctor has paid tribute to number Four’s fashion sense over the years, with the iconic scarf having been worn by the Fifth, Seventh, Eighth (kind of), and Tenth Doctors. In addition, the Thirteenth Doctor made reference to it with her own rainbow-inspired number in 2019’s Resolution.

But tell me your thoughts. Which do you think is the best Doctor Who costume? Does the Second Doctor’s stovepipe deserve more love? Does The Eleventh Hour introduce the definitive outfit? Let me know in the comments below… 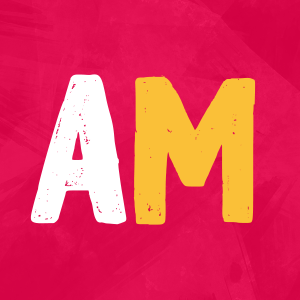 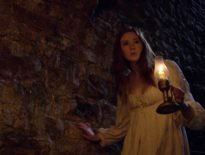 Features The Vampires of Venice: A New Take on Horror Folkl… 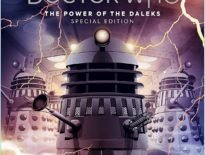