A new charity anthology, featuring stories about John Hurt’s incarnation of the Doctor, is available to buy now.

Regenerations initially finds the Doctor during the Time War, the legendary battle between the Time Lords and the Daleks, but then further explores the Doctor’s previous lives. Here’s the blurb:

“Something has gone very wrong with time!”

The Time Lord formerly known as the Doctor has been fighting the Time War for as long as he can recall. His previous lives — all those triumphs and tragedies — have been boxed up and filed away, too painful to revisit.

That is until something — or someone — begins tugging at the thread of the Doctor’s past. As familiar stories twist and shift, threatening the stability of the universe itself, the reluctant Warrior finds himself with only one option.

He has to save the Doctor.

The print run of the book is now sold out, but you can still get a copy of the eBook version.

Regenerations raises funds for Invest In ME, a charitable organisation for Myalgic Encephalomyelitis (ME), set up to make a change in how ME (sometimes known as Chronic Fatigue Syndrome) is perceived and treated in the media, by health departments and by healthcare professionals.

Buy your eBook of Regenerations from Chinbeard Books now. 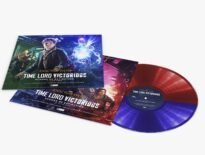 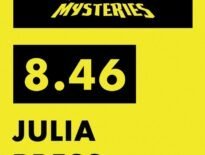