Following a stream of slightly obscure Doctor Who Figures including Big Finish favourites, Liv Chenka and the Time Controller, comes two lovely blue Daleks based off The Chase. The 1965 story saw the First Doctor, Ian Chesterton, Barbara Wright, and Vicki being pursued through time and space by Daleks.

The TARDIS crew encountered these particular pepperpots on the Jungle Planet of Mechanus.

Whilst you could pick up more recent releases from B&M, these killers from Skaro can pre-ordered direct from Character-Online for £24.99.

These Daleks, with their lovely golden bands, could also be seen in the Peter Cushing TV movies of the 1960s. The BBC had a Dalek shortage so they had to borrow a couple. The movie’s use of actual colour means we are able to own Daleks that are perhaps more ‘set accurate’ than screen accurate.

Character Options Head of Product Development Al Dewar said that the Chase being the “final adventure for the last of the original TARDIS companions, Ian and Barbara” was a major reason for choosing these Daleks.

What Daleks would you like Character Options to make next? Personally, I don’t think you can have too many Special Weapons Daleks… 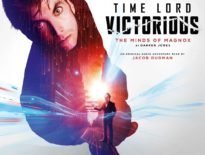 Merchandise The Last Dalek in Time Lord Victorious Warns the U… 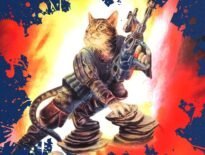