Forgive me if I play detective for a minute.

Having put on my psychic-spelunking gear, I’ve decided to try and delve into the mind of Chris Chibnall. Maybe determine where he might be trying to go regarding Doc Martin, or at least explaining certain things that simply don’t add up.

Yes, I know, comments abound. Bear with me. I’m going to break down a couple of scenes and work through some of the finer points in an effort to toss around some speculations and possibilities. Seeing if I can anticipate Chibnall.

One of the main conundrums circling around Fugitive of the Judoon is set up when Jodie Whitaker’s Doctor leaves her pets– sorry, her fam downtown and scoots off to the country with amnesiac Ruth. Ruth, who just took down a squadron of armed Judoon with her bare hands.

They arrive at a lighthouse, Ruth starts acting weird, the Doctor sees a tombstone on a beach, and goes to check it out. Then everything goes nuts. For the first time in the Chibnall era, I was actually excited!

Jodie starts digging up the grave (rude, but that’s the Doctor — wacky, she is) until she hits something. Something is obviously going on in her head as her spider-sense is on fire (Doctor-sense?).

She wipes away enough dirt to see the edge of a police box down there. She turns around and Ruth has been awakened from her Chameleon Arch sleep and introduces herself as the Doctor.

They both teleport directly down into the TARDIS, which is interesting. The Doctor’s never been able to do that before, but it’s probably more of a “let’s move the story along, since you can’t have them spending an hour dragging it up out of a grave” move.

But it also serves another purpose — teleporting directly in prevents Doc Martin from seeing that the TARDIS is in the form of a police box down in the dirt. Only Jodie sees it. Now, inside the TARDIS console room, we see a very cool desk top theme, a modern take on the old classic Hartnell version. A very nice design, far superior to the faux Krypton plastic crystals in the current model.

Yes, we got “an” explanation in The Timeless Children, sort of, but considering the unstable source being the nutty/mad dog Master, with very little evidence, we can’t be sure what’s on the level and if Chibs is even going to try and clean things up.

The big conflicting questions come into play. If Martin is now whole with all her memories, and she specifically doesn’t know what a sonic is, and states never having had it, the only way that’s on the level is if she were pre-Hartnell.

If Martin really did come first, before Hartnell, then the question becomes: how can the pre-Hartnell TARDIS be a police box?

I have three possibilities.

The other scene is near the end of The Timeless Children on Gallifrey and involves the Doctor and co. getting in a generic TARDIS to escape (how many of them were left just hanging around the destroyed husk that is now Gallifrey?). The desktop theme to the generic one they picked just happened to be the same as Martin’s, seen in Fugitive.

That’s very curious, because why would the current, generic setting be Martin’s, any more than it might be Hartnell’s original as seen in Hell Bent? And what, if any, is the significance?

It seems like the obvious answer is that they just didn’t have a budget for a Hartnell or similar generic console room so they just stuck with Martin’s. Quite a convenient coincidence, as it lays out. Feels a bit weak or lazy. If Martin were in action as the Doctor a few thousand years ago, it’s strange that future Gallifrey at the end of time would have the same model.

Again, mysteries abound. Maybe I’m asking too many questions or thinking about it too hard or too much. Although, I don’t think it’s asking too much for the details to at least make sense.

Of course, Ghost Light was a right confusing mess, even according to everyone that was actually in it, yet it has a cult following that insist that the naked emperor is actually wearing clothes.

So I’m sure there are some who just accept all the varied elements surrounding Doc Martin and the Timeless Child, regardless.

As for definitive answers on any of this, I’m not sure if we’ll ever get anything beyond what we have now, for what that’s worth.

Maybe Chibnall thinks he’s given us his magnum opus (I doubt many will refer to the Timeless Child as that…), maybe he’s really planning to keep us in suspense for another year and a half before revealing yet another bomb that “changes everything” and that even more of everything we know is actually yet a different lie. Features A Sound in the Night: A True Doctor Who Story for … 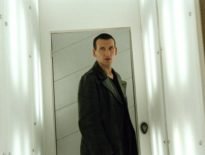