This week’s free download from Big Finish celebrates 10 years since the inception of the popular series, The Confessions of Dorian Gray.

That idea became the story, This World Our Hell – which you can download for free now – and has since generated an entire range of adventures starring Alexander Vlahos as Dorian Gray. Inspired by Oscar Wilde’s classic novel, The Confessions of Dorian Gray imagines a world where the title character was real, and his friendship with Oscar Wilde spawned the notorious novel.

“This is the one that proved Confessions could work. We were doing half-hour dramas, focussing on character and atmosphere, dressed in a healthy slathering of narration.

“We genuinely had no idea if people would try it. We certainly weren’t expecting the response it received. That so many people were so vocal in their praise for that very first story undoubtedly contributed to the series’ ongoing success. If it wasn’t for those people who were willing to try something new, we’d never have run beyond that first series. So yes, This World Our Hell is crucial to Confessions having thrived!”

The lockdownloads project includes free-to-download audio dramas from Big Finish, available for one week only, each of which comes accompanied by a special discount offer on related titles.

Four additional Dorian Gray titles are available for free: Isolation, Enigma, Frostbite, Trick or Treat, along with The Confessions of Alexander Vlahos, an interview with the star of the series.

Plus, for one week only, Big Finish listeners can get up to 50% off download titles in the Dorian Gray range.

Please note: The Confessions of Dorian Gray contains adult material and is not suitable for younger listeners. 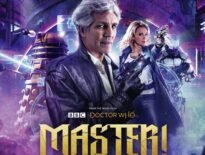 Merchandise Eric Roberts Returns to Doctor Who in Big Finish&#… 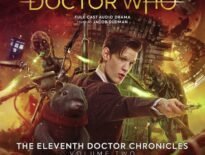