It’s always tempting to open Pandora’s box by adding time travel to a science-fiction show. But you don’t need a time machine to achieve that, because a good story that utilises voyages in the fourth dimension either in-plot or purely in setting is all about transporting the audience to a different time in the most convincing way possible – that can all be achieved with atmosphere alone.

With that in mind, a huge amount of Big Finish’s output features time travel of sorts, and this is especially evident in the latest Torchwood release Ex Machina.

It starts with local Abigail Forehill charging into the Tourist Information Centre in Cardiff Bay, asking for Torchwood and its operative Ianto Jones. The direction and the music supplement Gareth David-Lloyd and Laura Aikman’s performances (and Aikman really is the kind of rising talent of the time who would have ended up in a Torchwood TV episode), which immediately sends the listener back to the winter of 2007, sitting down to watch BBC Three.

This is a very Ianto-centric episode, and there’s good reasoning behind that which is hidden in plain sight throughout the episode (best enjoyed without spoilers and prior knowledge of the plot threads) and then spoon-fed to the audience at the end if they haven’t picked up the thematic clues. But done in such a way where the pay-off is a touching scene.

Blair Mowat has gone full-on nostalgia with his soundtrack, which is very much of the early series mould but also picks up to the tonal changes writer, Alfie Shaw uses once or twice in the script and was seen more frequently later on in the television run. And as much as the music really does shine in this release, I can’t get out of my head how bang-on Iain Meadows’ sound design is in the scenes where the main characters are chatting inside a small car. It’s probably an effect that’s not too complex to mimic in post-production – easier, at least, than fitting the actors in Tupperware during recording – but when it’s so uncannily realistic, it does make it all the more visual. And there are a few other moments that will reward headphone users.

Ianto’s Torchwood responsibilities are explored in his interactions with Abigail, as he’s clearly a character who can do far more than his tea boy moniker suggests through Series 1, and with a bit of house-calling, he’s even giving off some Sarah Jane Adventures vibes too in a very empty Cardiff.

The standard early Torchwood trope of a big sci-fi idea and plot delivered on the smallest and most personal possible scale is played out here via Abigail and her lack of memories concerning those she held dear – and evidence of many of their existences – and while it’s in some way predictable that she’s by and large caused these consequences through human actions, this doesn’t feel like a copy of any previous Torchwood plot when it so easily could have been.

The audio medium certainly helps with the application of the alien threat: leaving it entirely up to listeners’ imaginations from some vague descriptions rather than loaded exposition means the plot keeps on moving even when those confrontation scenes are packed in.

To get all the pieces into place to start resolving the plot, a side character (perfect BBC Three 2007 material) is killed off without consequence and this is probably the episode’s sole off-note. How it’s tonally followed up makes total sense within the sci-fi plot, but has no dramatic reward.

Having said that, a very raw argument that does come up a while later as a throwback scene feels like very real (BBC Three) drama.

Once the audience starts being fed the information to make sense of everything, as the characters do too, the story comes to a lovely full circle. If you can tie clues together quicker than the plot does at this point, then the climax will have that extra element of reward. And while it’s a really soppy, almost lame conclusion with the alien threat, that’s fine because it feels just like Torchwood Series 1.

As for the touching pay-off afterwards — well, it’s sexy but not sex, is full of hints but hasn’t been hinted at too much, and according to the behind-the-scenes interviews was a scene that Big Finish had a couple of options for how it was to play out…

Torchwood: Ex Machina is out now from Big Finish. 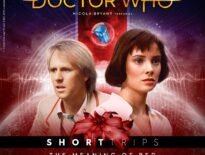 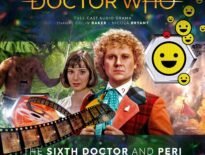