The Name of the Doctor

The Series 7 finale, starring Matt Smith. The Doctor has a secret he will take to his grave. And it is discovered…

The Night of the Doctor

Special mini-episode The Night of the Doctor to reveal the Doctor’s dark chapter.

Starring Paul McGann, this BBC iPlayer exclusive will for the first time ever reveal what became of the Eighth Doctor. On the eve of his most terrible battle, the Time Lord is faced with a choice that will change the course of his life. The darkest of days are about to begin.

The Doctors embark on their greatest adventure in this 50th Anniversary Special: in 2013, something terrible is awakening in London’s National Gallery; in 1562, a murderous plot is afoot in Elizabethan England; and somewhere in space an ancient battle reaches its devastating conclusion. All of reality is at stake as the Doctor’s own dangerous past comes back to haunt him.

The Time of the Doctor

The Eleventh Doctor, Matt Smith, takes the controls of the TARDIS for the last time in The Time of the Doctor.

Orbiting a quiet backwater planet, the massed forces of the universe’s deadliest species gather, drawn to a mysterious message that echoes out to the stars. And amongst them – the Doctor. Rescuing Clara from a family Christmas dinner, the Time Lord and his best friend must learn what this enigmatic signal means for his own fate and that of the universe.

An Adventure in Space and Time

On November 23rd 1963, a television legend began when the very first episode of Doctor Who was broadcast in the UK on BBC One. 50 years later, An Adventure in Space and Time brings to life the story of the show’s creation and the role in its success of the first producer, director and, of course, the very first Doctor – William Hartnell.

There’s also over 7 hours of extras, including:

Two notable omissions are: Me, You and Doctor Who – A Culture Show Special, presented by Matthew Sweet, which featured interviews with several members of the cast and crew hasn’t been commercially available before (not even on the previous numbered limited edition sets from 2014); and An Evening with Steven Moffat, an account of the show’s history, available on iPlayer from 12th November 2013.

Nonetheless, this looks to be an impressive set!

Doctor Who: The 50th Anniversary Steelbook is set for release in 2021. 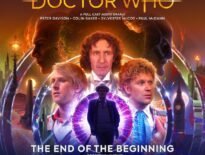 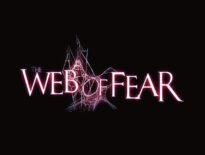