Big Finish’s lockdownloads comes to an end this week, and our final free downloadable title is Torchwood: Aliens Among Us – Changes Everything by James Goss.

Since the beginning of the coronavirus pandemic, Big Finish has given away more than 175,000 free downloads of stories from its various ranges, including Doctor Who, Blake’s 7, Sherlock Holmes, and Dorian Gray. The final lockdownload celebrates the return of Captain Jack Harkness, played by John Barrowman, in the upcoming festive special, Revolution of the Daleks.

Tyler Steele has washed up in Cardiff looking for a fresh start. A disgraced journalist, he’s looking into the Red Doors movement – are they really behind the terrorist attacks on immigrants? Who is stirring up the racism and hatred in the city, and what does outsourcing contractor 3Sol have to do with it? Tyler finds out that Torchwood – a secret organisation that everyone thought long gone – is back in business. Tyler realises that this is the second chance he’s been looking for, and he’ll do anything to be a part of it.

“Russell has been so incredibly patient and supportive. He’s stunningly busy – we asked him to write the first episode (we picked a week when he hadn’t won an award and hoped). He laughed, told us to do what we wanted, asked to have a look, gently shook his head and came up with a set of scenarios and characters that took what Scott Handcock and I were doing and made them so much better.

“He just came up with so many ideas, all of them fun, all of them exciting. He even – it’s probably safe to say this – wrote some of it in the end. Changes Everything works to reintroduce Torchwood through the eyes of potential new recruit Tyler.

“If you’ve not heard any Big Finish Torchwood, or if you’ve never even watched Torchwood on TV, it’s a great place to start. It covers a lot of ground, introduces the cast (in some surprising ways) and sets up a lot of what’s to come.”

The story is available to download exclusively from the Big Finish website and can be unlocked by anyone registered for a Big Finish account (free to create) and played on the Big Finish listening app (free to install).

Big Finish listeners can also save up to 50% off the Torchwood: Monthly Adventures range (stories 1-18) as downloads, including bundles.

Please note that Torchwood contains adult material and may not be suitable for younger listeners. 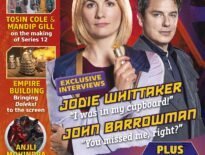 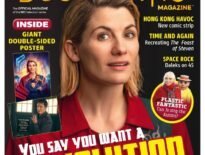