I recently got the latest Tom Baker Doctor Who Blu-ray collection of Season 14. Or, as the American version calls it, Tom Baker: Complete Season 3.

I’m committing to getting all the Blu-ray sets of the first four Doctors. My wife asks me why I’d get the Blu-ray set when I’ve already got all the individual DVDs. I am, of course, the king of rationalisation, but I needn’t have bothered.

Each Blu-ray set has at least one good reason to spend the money. For instance, Tom Baker’s first season, Season 12, on Blu-ray also contains The Tom Baker Years.

It’s a delightful session where Tom looks at clips from each of his adventures and comments on them. His unpredictable reaction to each is, in turns, intriguing, informative, and hilarious. This show had only been available on VHS previously. That alone meant the new set was worthwhile.

I confess that I also usually wait until the price drops about $20 before getting these sets. But be that as it may, there is one development that makes purchasing Baker’s third season more than worth it.

The final story of this season is The Talons of Weng-Chiang, and even among so many other magnificent stories of the Phillip Hinchcliffe/Robert Holmes era, Talons has always been one of, if not the finest. A gripping tale set in Victorian London, the Doctor and Leela find themselves caught up in murder and intrigue. There’s the Clan of the Black Scorpion, an Asian assassin squad, a mesmerist with uncanny abilities, a time-displaced, 51st Century war criminal, and a murderous dwarf, the Peking Homunculus.

This Robert Holmes script never fails to impress, but every other facet of the production is equally impressive, from acting, to costuming, directing, lighting – you name it. In fact, this six-part story is so good, you basically forgive the dodgy rats.

Yes, in the sewers is a giant rat who guards the villain’s lair. Unfortunately, even with the crafty lighting and the best efforts of costumes and props… well, the giant rat was a bit wonky. Two guys hidden under a furry tarp? The execution really didn’t live up to the standards of the rest of the production. But the story was really so good, and the rat’s appearances were minimal, so hey, no big deal. Although, in the back of your mind, it’s not unheard of that you might think, “such an amazing story. Shame about the rat.”

Well, dear reader, it’s Blu-ray to the rescue. They updated the effects for the story and gave us a CGI rat. An actual threatening creature. For the purists out there, they give the option in special features whether you want to keep the original or choose the updated version. And it’s not only the rat: they alter a few other bits as well, but tastefully. For instance, whenever magician Li H’sen Chang hypnotizes someone, it’s now a rather beautiful, green aura transmitted from his eyes.

I’m so happy they’ve made these changes, as it definitely opens the door for them to make other corrections.

For instance, the shots of the Saracen in Terror of the Zygons and most importantly, the “dinosaurs” in the Season 11 Jon Pertwee story, Invasion of the Dinosaurs.

Whereas the rat in Talons is a somewhat minor footnote among the many elements, the Saracen in Zygons gets more screen time and lets down the side. And Pertwee’s brilliant Invasion story is virtually crippled by its rubber puppets, possibly the worst in Who history.

So I cross my fingers that Seasons 11 and 13 make right that which once went wrong.

And I whole heartily recommend this Baker Blu-ray collection – not only for the bigger, better rat, but the tribute to Lis Sladen, and a few different chats with Philip Hinchcliffe where he’s interviewed by Matthew Sweet and talks with the great man himself, Tom Baker.

Of course, last but not least, it’s an incredibly strong season, and Hinchcliffe’s final one as producer, featuring:

You don’t get much better than this. 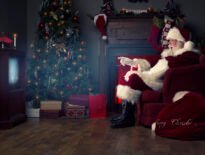 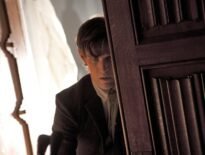