With Revolution of the Daleks having kicked off our new year, our thoughts are now with the upcoming Doctor Who Series 13 and what that might entail for the Thirteenth Doctor (Jodie Whittaker) and companion, Yasmin Khan (Mandip Gill). With a special treat at the end of Revolution, we already know that there will be a new companion and with some leaked location photos, we know that two old enemies are coming back to haunt the Doctor.

So let’s have a look at we know is coming our way.

Revealed at the end of Revolution of the Daleks in a minute clip, John Bishop is set to join the TARDIS as a brand new companion. While I was looking forward to the Doctor just travelling with one companion again, I also really like that the Chibnall era seems happy to have companions of all ages once again.

The news wasn’t entirely a shock as he had been seen in the location footage filming for the new series, though no one knew in what capacity he was involved.

Best known for his stand-up comedy, Bishop has also starred in Skins, Comedy Showcase, and Fearless. Following the official announcement of his new role, Bishop had this to say:

Chris Chibnall added that the role was specifically created with John Bishop in mind and that it will kick off a whole new era for the show.

I’ll be interested to see what this new era of the show has in store for us in terms of a new companion. I was hoping that it would give Mandip Gill a chance to shine, but maybe an interesting dynamic for the show to take would be her resenting Dan for joining their adventures.

Which Writers and Directors are Working on Doctor Who Series 13?

We only know a few upcoming directors and writers for the new series.

Jamie Magnus Stone is returning for Series 13 and directing the first filming block, presumably already concluded as he was scheduled for December 2020 – though it is unknown how many episodes he will direct.

And director Azhur Saleem will be behind three of the episodes in the upcoming series.

Although it hasn’t been announced by the BBC, Chibnall has confirmed that scribe, Ed Hime will be back to pen an episode. He has already written two episodes for the Whittaker era, It Takes You Away and Orphan 55, both of which I think are pretty poor outings but maybe it’ll be a case of third time lucky?

Hime’s online CV also confirms that he will be back for one episode that will run at 50 minutes so presumably all the episodes will have that runtime in keeping with the Whittaker era as a whole. (More excitingly, Hime will be behind a reboot of Sapphire and Steel, which will suit him perfectly if the mind-bending It Takes You Away is anything to go.)

How Many Episodes Will Series 13 Have?

Chris Chibnall has also confirmed that Series 13 will only consist of eight episodes, because of the COVID-19 pandemic. The previous two Whittaker series ran for 10 episodes. While it’s only a few episodes shorter, there have been a few people kicking off on social media about the shorter series.

Filming was also pushed back: it was supposed to start in September/ October 2020, but filming only really kicked off in November/ December time, so it’s proposed that the new series will air sometime towards the end of 2021. I’m willing to bet around October.

Chibnall has said he has big things planned for the new series, and if The Timeless Children is anything to go by, it’ll probably tie into the established continuity of the show and be completely divisive. Love or hate it, it takes guts to play around with what’s come before in such a substantial way.

These two go hand in hand as there has only been one leaked guest star and a picture supposedly taken from the same episode they were filming. The guest star is Sara Powell who, according to her online CV, will be playing Mary Seacole, a nurse during the Crimean War who should be just as famous as Florence Nightingale.

Nothing is known about the episode at this stage, but a leaked photo from a quarry in Wales seems to show people dressed in British soldier uniforms which would have been from around the time of the Crimean War.

Also spotted are the Sontarans, presumably going back to their warlike roots. Perhaps the big hut also seen on location is a new Sontaran ship? Sadly, there are no photos of that, because no one was allowed near it.

There was also a scene which appears to be taking place in Autumn, as there were a number of pumpkins around a shop front. Perhaps an episode is set at Halloween? And as the new companion, Dan, comes from Liverpool, we can assume that some filming will take place there.

Which Monsters Are Returning for Series 13?

As we’ve already mentioned, the Sontarans are back, thanks to some leaked photos. These are set in modern day, though some saw them on the Crimean location too. Maybe they are going to be in a two-part story? I’m hoping we go back to having proper Sontarans, war-mongering and all, and not the comedic ones we had through the Matt Smith era. We also don’t know when the Sontarans will appear in the series, but given how John Bishop has appeared in leaked photos we know his character, Dan, is involved somehow. Presumably the potato-like race are back in the first episode(s) of Series 13.

Also leaked online was a couple of photos of the Weeping Angels. Nothing is known about the episode they are featured in, but they seem to be a normal street. Maybe we’re getting them in a Halloween episode…?

We do know that Jodie and Mandip were on the location in costume in the TARDIS. There has been a theory that they had to form a bubble to overcome the need for social distancing. Presumably they did this with John Bishop too.

Continuing Arcs of Doctor Who Series 13

Both Yaz and the Doctor will have continuing arcs throughout Series 13. In an interview with the Radio Times, Mandip Gill said that Yaz’s mental health will be explored further in the upcoming adventures.

Previously explored a little in Can You Hear Me?, Gill said that this new series is the right time to explore Yaz’s mental health, so it’ll be interesting to see how her story is expanded with the inclusion of Dan.

The Doctor also says to Ryan in Revolution of the Daleks that she didn’t know who she was anymore. The themes from The Timeless Children will no doubt be explored further, possibly with the Master (Sacha Dhawan) and the Fugitive Doctor (Jo Martin), making appearances.

So that’s all we know about Series 13 so far. We also know that Ryan or Graham won’t be coming back, as there has been no news on those two recently-departed companions.

With rumours also rife about Jodie Whittaker leaving the series, could Series 13 have one final surprise in store? Personally I hope Jodie will stay at least until the 60th anniversary, but with the Sontarans and Weeping Angels facing the Doctor once again, things are bound to be exciting.

And with an air date of later this year, we don’t really have long to wait! 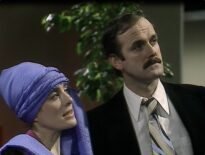