Big Finish has relaunched its #lockdownloads scheme, giving fans the chance to download selected titles completely free for a week, with extra discounts also available. And this week’s free story is The Veiled Leopard, featuring two TV Doctor Who companions (Peri and Ace), and two audio companions (Erimem and Hex).

Every Monday, a new story (or episode from a box set collection) can be downloaded for free exclusively from Big Finish’s Weekly Deals page. Accompanying each free release is a selection of discounts on related titles.

Originally released in March 2006 for Doctor Who Magazine and featuring Nicola Bryant (Peri), Caroline Morris (Erimem), Sophie Aldred (Ace) and Philip Olivier (Hex) all in their original roles, The Veiled Leopard sees the Fifth Doctor and the Seventh Doctor’s companions face off on opposing missions about the very same jewel. Here’s the synopsis:

Four time travellers. Two missions. One costumed ball. The Doctor has sent Peri and Erimem to prevent the fabulous Veiled Leopard diamond from being stolen. Which is odd, seeing as the Doctor has sent Ace and Hex to steal the diamond. How will the two teams cope with this contradictory task? Will Peri’s asp slip? Why does Ace have to pretend to be a French maid? How will Erimem cope with Pharaoh Rammalamadingdong? And can Hex really ‘do posh’?

Plus, for a limited time, Big Finish listeners can get up to 50% off Doctor Who – The Monthly Adventures featuring companion duos Peri & Erimem and Ace & Hex, including the following:

The Eye of the Scorpion, The Church and the Crown, Nekromanteia, The Axis of Insanity, The Harvest, The Roof of the World, Dreamtime, Three’s a Crowd, The Council of Nicaea, Live 34, Night Thoughts, The Kingmaker, The Settling, No Man’s Land, Nocturne, Son of the Dragon, The Bride of Peladon, The Dark Husband, Forty-Five, The Magic Mousetrap, Enemy of the Daleks, The Angel of Scutari, Project: Destiny, A Death in the Family, Lurkers at Sunlight’s Edge, Protect and Survive, Black and White, Gods and Monsters, Afterlife, Revenge of the Swarm, Mask of Tragedy, Signs and Wonders, Shadow Planet/World Apart, and The Flying Dutchman/Displaced. 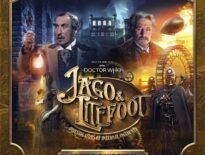 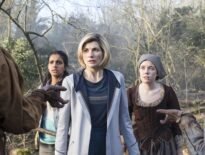