It’s Tom Baker’s 87th birthday today, and Big Finish is celebrating in style, with the release of The Fourth Doctor Adventures: Series 10 Volume 1!

This volume consists of two exciting intergalactic escapades, as follows:

The World Traders by Guy Adams

When a day out in 21st Century London leads to the TARDIS being impounded, the Doctor and Leela find themselves getting involved with the mysterious Amapan Investments, a company that’s managed to become remarkably successful in a remarkably short amount of time.

So what’s their secret? The Doctor and Leela are about to find out.

The Usurians have come to Earth. And they have big plans.

The Day of the Comet by Jonathan Morris

The TARDIS brings the Doctor and Leela to the ruins of a once-great city racked by earthquakes, where they find a giant rocket on the side of a mountain. The planet is due to be destroyed by a comet in a year’s time and this ship is the only way off world.

But is everything quite as it seems? At least one person in the city thinks the comet is going to come to obliterate the planet much sooner than people believe.

“It is a wonderful story about greed, and about misunderstanding and all the things that go with it. Some of it’s really quite scary, there’s a marvellously cynical attitude, beautifully played by Siân Phillips.”

Talking about The Day of the Comet, Louise Jameson said:

“I loved the script. It’s very apt, very pertinent and, as Doctor Who so often does, makes it of our time. You’re looking at prejudices and subterfuge within tribes, and it’s very interesting – with a few frogs thrown in!”

The Fourth Doctor Adventures Series 10 Volume 1 is now available as a collector’s edition box set (on CD at £24.99) and as a digital download (at £19.99), exclusively at the Big Finish website. Both stories are also available as individual downloads at £12.99 each. Series 10 Volume 2 is due for release in February 2021 and you can save money by ordering both volumes together in a bundle for £45 on CD or £40 on download. 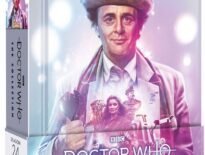 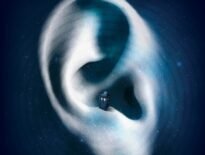