With Captain Jack having returned in Revolution of the Daleks and a few old foes coming back in the upcoming Series 13, thoughts seem to have turned to characters who might be returning to Doctor Who.

Thoughts have naturally turned to the return of a one-time character, Sally Sparrow , who is a fan favourite.

Rumours have been rife, and in a recent interview with People’s TV: Couch Surfing, actress Cary Mulligan looked back on her time filming Blink and answered whether she’d like to come back as Sally in the new series, alongside Jodie Whittaker.

In the short segment, Mulligan said that she would, “Totally revisit Sally Sparrow, it was so fun.” While I doubt she will return, despite having it all takes to be a companion, it would seem that even Mulligan would be happy to make a comeback.

Also in the interview, she said how proud she was to be part of the big institution that is Doctor Who, and how she had grown up watching the show, so it meant a lot to be cast in it. At the time, Mulligan wasn’t a very well known actor but has since gone on to be in some big Hollywood movies, so it’s nice to know that she doesn’t think she’s above a little, wholly-British, television show.

She also added when watching a clip of the Weeping Angels’ defeat, that she doesn’t think she’s seen that scene since they filmed it. I’d be perfectly happy for her to come back in a Big Finish audio – in fact, I’m seriously surprised that it hasn’t been done already though!

And I suppose if she were to return, a lot would depend on Steven Moffat who first created her. As a Doctor-lite episode, Blink hinged a lot on the other characters and Mulligan really stepped up to the plate; she says in the interview that she gets letters from fans and pictures of Sally Sparrow for her to sign after all this time. Not bad for a character designed to be in one story!

And of course, Blink is getting something of a sequel – in the upcoming game, The Lonely Assassins.

With much of the new series being kept under wraps (in typical Chris Chibnall fashion), no news aside from leaked images has yet been released about returning characters; with so many rumours going around at the moment about the upcoming series, we’ll have to wait and see… 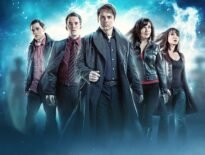 News Torchwood Available to Watch on BBC iPlayer for An… 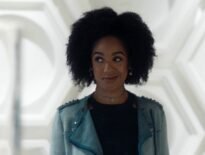