Christopher Eccleston’s incarnation is back in four volumes, released as 4-disc collector’s edition box sets or on download, each containing three brand-new full cast audio adventures, plus a selection of behind-the-scenes extras.

Get stuck into the trailer now.

The first set, The Ninth Doctor Adventures: Ravagers, will be released in May 2021. 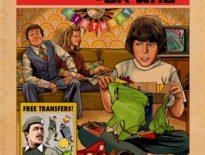 Merchandise 100 Objects of Dr Who Includes An Interview with C… 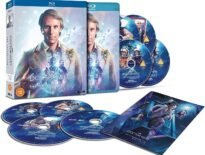