As many of you will know, the Doctor Who Companion has its foundations on the classic Kasterborous website, a predecessor that sadly ended a few years ago, displacing a community of fans. But Kasterborous didn’t completely die — it lives on with the PodKast With A K, presented by Christian Cawley as he’s joined by a cavalcade of regulars and irregulars.

This month, he’s joined by… well, me!

It’s the first time Christian and I have actually spoken-spoken since I joined Kasterborous 10 years ago: we’ve kept in touch via email, instant messengers, carrier pigeon, etc., but I’ve always steered clear of podcasts.

However, I’ve also got a book coming out soon and am a hideous self-publicist, so when Christian invited me on to talk about 100 Objects of Dr Who, I couldn’t turn the opportunity down.

Questions about the book led to discussions on magazines like Doctor Who Insider (remember that?); the TARDIS landing on the Baxter Building, home of Marvel’s Fantastic Four; and favourite companions.

If you’ve a spare half an hour, click “Play” below.

You can support Kasterborous by heading over to Kasterborous, and if you’re interested in my Candy Jar tome, you can pre-order 100 Objects of Dr Who right now. It’s released on 2nd April 2021, which is exceedingly close! 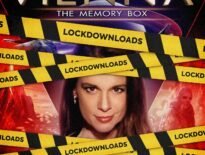 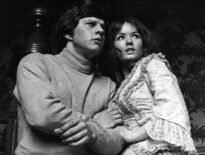