The long-awaited audio adaptation, Return of the Cybermen, sees the Fourth Doctor, Sarah Jane Smith, and Harry Sullivan return to space station Nerva Beacon, only to find themselves up against the titular villains… again. I call it déjà vu of sorts – or should I say Déjà Who?

John Dorney’s script remains faithful to the early drafts by Gerry Davis, whilst capturing the spirit of the TV serial Revenge of the Cybermen and Season 12. Like the B-side of an audio cassette or vinyl, both Revenge and Return of the Cybermen take place at the exact same time with the latter acting as an optional alternative. Basically a sidestep that leaves it open to interpretation.

While Revenge, the only Cybermen serial to be produced in the 1970s, isn’t generally considered popular amongst fans, including myself, I love how Return incorporates the suspenseful elements and the “Base Under Siege” plot device from the original storyline. It’s especially nicely paced! The same goes with the Cybermen; they are more menacing and frightening than their on-screen depiction and agenda.

It also works better having the Cybermen already hiding on board Nerva, instead of docking halfway through the story before launching their attack on the planet Voga; allowing enough room for explanations as to why they successfully unleashed the Cybermats to infect the crew with the virus. And yes, the omission of the Vogan civil war was indeed the right move, by referring back to the colonised asteroid; good as gold, which the Cybermen are allergic to.

Hearing Tom Baker doing Big Finish audios is always nostalgic. Same old voice, same old personality: he portrays his incarnation like in Season 12 with the occasional quirks and humour. And the Five Hundred Year Diary was a funny, wistful addition to his character development, despite its association with the second incarnation.

As a lifelong fan of Sarah Jane Smith, it feels so welcoming to have Sadie Miller return to the world of Big Finish, many years after starring alongside her late mother Elisabeth Sladen in the titular spin-off series as Natalie Redfern. She nails an outstanding impression of the iconic companion by keeping it as close as possible to her beloved mum. However, it was disappointing that her role had been significantly reduced to being infected for a prolonged period of time, like with Jamie McCrimmon in The Moonbase for similar reasons. But I do understand why they were keen to follow closely with Davis’ vision. Nevertheless, Lis would be very proud of her daughter.

And Christopher Naylor steps in Ian Marter’s shoes: his uncanny impression of Harry Sullivan couldn’t impress me enough – he gets it right with the tone and mannerisms. Despite being a short-lived companion, in Season 12 and Terror of the Zygons, I’m glad that he’ll be returning in UNIT: Nemesis 1 and the Fourth Doctor Adventures Series 13, while Sadie will join Tim Treloar in the Third Doctor Adventures Volume 7. If Big Finish decides to bring her back to do more audios as Sarah Jane, I hope it’ll be for a potential fourteenth series of the Fourth Doctor Adventures. Who knows?

Nickolas Grace’s portrayal of Kellman is more sadistic than his TV counterpart, which has some dark turns along the way. (I’ll leave it to you to find out.) On a brighter note, I was hugely impressed with the casting of Amanda Shodeko as not one but two female characters; Nerva crew member Anitra, and Vogan colony leader Coetzee. So heartwarming that Sarah Jane isn’t the only female this time round, unlike in Revenge.

In addition to directing, Nicholas Briggs gets the tone right with the Cybermen’s (signature) electronic voices – authentically reminiscent to the ones from The Invasion and the 2006 Cybus design. The music and sound design are also packed with nostalgia of the Tom Baker era, which I call a cross between composers Dudley Simpson and Carey Blyton.

Overall, I consider Return of the Cybermen to be a strong start for the latest batch of the Lost Stories range. It’s a fantastic way for Big Finish to welcome Sadie and Christopher to the main cast, and revisit the early draft scripts. I’d absolutely love to write for the trio one day, either audio or prose, to fill in the gaps of Season 12. With that said, you can check out a detailed summary of Davis’ original storyline in The Scripts: Tom Baker 1974/5, by obtaining a second-hand hardback copy.

The Lost Stories: Return of the Cybermen is available now from Big Finish. 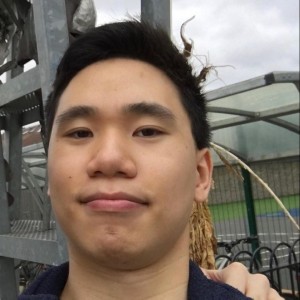 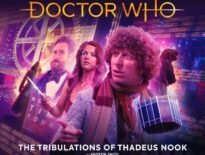 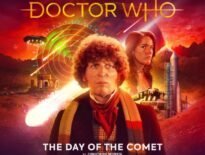