I’ll get this out the way right now: I’m a huge fan of Horror of Fang Rock. I certainly rank it highly in my personal favourite stories; everything about it works. The script, the set design, the performances, even the Rutan doesn’t look too bad.

So when this was announced it to be the next release in the Vinyl Who range, that have so far mainly been boxsets of missing William Hartnell and Patrick Troughton stories, this was a must buy for me.

But for a story which already has many ways to experience it – on-screen, the novelisation, and audiobook reading – what makes this audio release stand apart from everything else?

For one, there is a great cover: the lighthouse and the green motif are very striking and is a case of less being more. Every other release of this story has the lighthouse and uses the same photo, more or less, of the Fourth Doctor, so it instantly makes a refreshing change to see a Fourth Doctor-less cover, and it really hammers home how bleak Fang Rock (both the setting and tale itself) is.

The other selling point is the excellent narration from Louise Jameson, who played Leela in this story. I loved her reading of the Target book and again, her calm voice adds to the menace of the story as if she is sat around a camp-fire with us, regaling a ghost story.

Like the other record releases, it’s mostly the original soundtrack, which has been cleaned up, so it’s the highest quality possible. There were a few lines I heard here which I’m not sure I’ve ever heard on the broadcast version before. Even on audio, this story boasts some great performances and the feeling of isolation, dare I say, works better on audio and the direction from Paddy Russell comes across just as strong here as it did on the broadcast version.

As a huge horror fan, this story has always hit the right notes for me and as the heavy atmosphere settles on Fang Rock, it reminds me of the 1980 John Carpenter film, The Fog (1980), which also happens to be my favourite movie of all time, and one wonders if possibly Carpenter took inspiration from this story. While I doubt it, the similarities are there if you want to look for them – in fact, everything from the ship wreck, the lighthouse, the fog, and the killer which hides in it, gives this story an edge that not many other Doctor Who stories have.

And I’ve always liked how, after Philip Hinchcliffe was moved on from Doctor Who following repeated complaints from people like Mary Whitehouse about how scary Who had become, one of the first stories under the new producer, Graham Williams, is one of the scariest stories ever made for the show!

On audio, the script shines: Terrance Dicks was a real genius when he really got into it and here, every character feels well rounded, even if they don’t have as much ‘screen’ time as one another. And there is a real sense of doom as you hear each character try and avoid their fate. The creeping unease is palpable through the speakers.

Given that Horror of Fang Rock is a story we can enjoy by watching it, the fact that it still stands up and works so brilliantly on an audio 40-odd years after its initial broadcast is solely down to the fantastic script from Terrance Dicks, even now, proving he was a true master of his craft.

Even if you are like me and have seen this story dozens of times, this latest release from Demon Records brings the horror of Fang Rock to vivid life once again!

Horror of Fang Rock is available now in the Vinyl Who range. 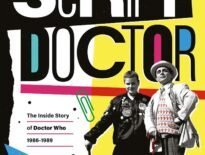 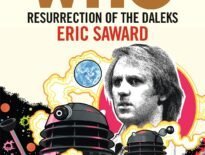