Mandip Gill may be busy filming Series 13 of Doctor Who but she managed to find the time for a guest appearance on BBC Radio 4’s Gossip and Goddesses with Granny Kumar. Described as ‘a blend of sitcom, silliness and improvised chat’, the programme is hosted by Meera Syal in character as the irreverent granny familiar to viewers of comedy series The Kumars at Number 42 (2001-2006).

A light half hour of fun and conversation, the programme includes a couple of interesting insights from Gill as she speaks of her surprise at being cast as Yaz:

“I couldn’t believe my luck. I’d filmed Casualty the January before and that was in the same building. We were at the top of the hallway and when I finished Casualty, they walked us to the canteen and they were like, ‘Don’t go in that door, that’s for the Doctor Who people!’ There and then I thought I’d never be in Doctor Who… Cut to six, seven months later and you know what? I’m like ‘Don’t go up there… that’s for Casualty!'”

Asked if the Doctor will ever be played by a woman of colour, Gill is firmly of the view that it will happen:

“Yeah, I do. I think there’s a long way to go but there’s definitely room for change. And actually I think at the BBC and at Doctor Who, they are very open and forward-thinking, so yes.”

As we know, strictly speaking the Doctor has already been played by a BAME actor, with Jo Martin featuring in the role as a previously unknown incarnation of the Doctor in Series 12’s Fugitive of the Judoon, but we know what she means.

The episode of Gossip and Goddesses with Granny Kumar is something of a sci-fi special as Gill’s fellow guest star is Josette Simon, whose long and successful acting career started with the role of Dayna in Blake’s 7. During the discussion Gill reveals she has yet to appear at a Doctor Who convention – something fans seeking to add to their photo and autograph collections will hope changes before too long.

Gill’s appearance on Gossip and Goddesses with Granny Kumar can be found on BBC Sounds, and at present there’s no expiry date to listen. 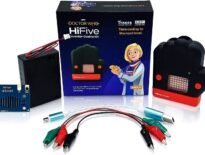 News Learn How to Code with the BBC HiFive Inventor, Na… 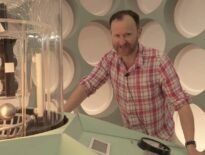