The latest issue of Doctor Who Magazine is available now and includes an interview with the Ninth Doctor actor, Christopher Eccleston as he prepares to come back to the Doctor Who universe in Big Finish’s upcoming boxsets.

This is his first interview with DWM in 16 years!

In the Doctor Who Companion‘s exclusive interview with Eccleston, he said:

“[The Doctor] carried the guilt of the survivor and the scars of that. I think that was essential to the first series; I think that’s why they needed me – because I could bring some of that. And all the actors before me could bring that; it’s just that because it’d be quiet for so long, I think it needed a little bit of weight and credibility in a sense. And I’d done a lot of that with things like Our Friends in the North and Cracker and [playing] Derek Bentley [in] Let Him Have It, Shallow Grave… So that was useful.”

Highlights of the new DWM include:

PLUS: Previews and reviews, news, prize-winning competitions, Time and Space Visualiser, and more. 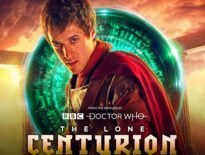 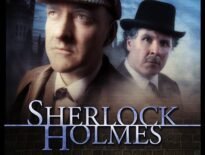