Discover the early days of the War Doctor with a brand-new audio boxset from Big Finish, which is out now.

Released today, The War Doctor Begins: Forged in Fire tells the tales of the first adventures of the Doctor’s disavowed alter ego, played by Big Finish newcomer Jonathon Carley. These three, brand new, full-cast audio dramas pick up immediately after the events of 2013’s The Night of the Doctor, as the flame is lit for war.

The Doctor is no more. In his place, a warrior, finally joining the Time War between the Daleks and the Time Lords.

But how far will he go to end this conflict? What lines will he cross? How much of himself will he sacrifice?

And here’s what’s inside:

1.1 Light the Flame by Matt Fitton

The Sisterhood of Karn have a guest, recovering from his traumatic regeneration. To do what is asked of him, the Doctor has rejected his name and his code.

The Time Lords have plans for him and for Karn. Is he ready to light the flame of war?

Seeking out Gallifrey’s new warrior, Commodore Tamasan finds that the War Doctor has invited himself on a secret mission. The time-sensitive Tharils are in danger, and an old friend of the Doctor is trapped.

But Biroc knows better than to trust either side in this war.

1.3 The Shadow Squad by Andrew Smith

Tamasan is unconvinced of the War Doctor’s loyalties, though when their paths collide, both agree that the destruction of the Dalek Time Strategist could be the best route to victory. But on Atherea, the Daleks may have found a way to annihilate all plans to defeat them before they are even begun…

“I don’t like to think of The War Doctor Begins as going back, or a recast of John Hurt. It feels like a different era – the very start of the War Doctor’s life. And in Jonathon Carley we have found an actor who has both captured the flavour of John Hurt’s performance while making the role entirely his own.

“With that in mind, we were emboldened to reconsider the War Doctor and I’m so glad we did because I love this series. I think this first box set, Forged in Fire, is remarkable. Jonathon acquits himself from his first line, Louise Jameson masterfully directs, and we have a new sound designer, Jack Townley, bringing the chaos of the Time War to life.”

“When Nick first got in touch, I thought it was a joke – but we set up a Skype call and there he was on my computer! In my head I was thinking, ‘What could this be about, he must be looking for a guest voice actor’, but what Nick suggested went beyond any reasonable expectation I had!

“And when Big Finish said they’d like me to play the War Doctor, it was amazing. I had a workshop with Louise, and I will take lessons from that workshop into every job I do in the future. Having someone you’ve admired for years putting time in and building you up was amazing – surreal touchstone moments which I will never forget.” 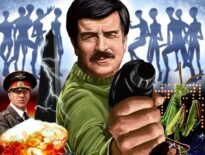 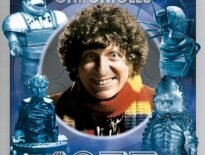