Daleks! You love them, we love them, Davros is pretty stoked about them too. And now, you can indulge in a special set of figurines based on the latest episode of Doctor Who, Revolution of the Daleks.

Yes, you can own one of those black Defence Drone Daleks from the New Year’s Day special.

It’s not life-sized and won’t exterminate you; instead, it can sit on your mantlepiece, looking resplendent.

The figurine, made by Hero Collector (publishers of the Doctor Who Figurine Collection), also comes with models of Jodie Whittaker’s Thirteenth Doctor and John Barrowman’s Captain Jack Harkness in their Judoon prison garb. (This could be the last figure we see of Captain Jack for some time…)

Revolution of the Daleks Figurine Box Set captures the likeness of these characters as seen in the 2020 festive special Revolution of the Daleks. The Thirteenth Doctor was locked away in a high-security alien prison, fortunately, an old friend was on hand to help the Doctor escape… the immortal Captain Jack Harkness! But even once the Doctor reunited with friends old and new, it seemed that the only thing which could defeat these new Daleks… were some even worse Daleks…

The three figurines are made from metallic resin, carefully produced in 1:21 scale, and hand-painted.

It includes a 20-page magazine looking at the companion’s development in the long-running show, with behind-the-scenes info on Revolution‘s production.

Head over to Hero Collector to learn more. 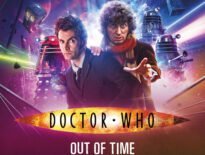 Merchandise Out of Time and Torchwood Win Scribe Award for Bes… 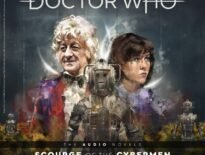