The follow-up set to the acclaimed Dalek Universe is available now from audio company, Big Finish.

These three new dramas find the Tenth Doctor (David Tennant) and his companions Mark Seven (Joe Sims) and Anya Kingdom (Jane Slavin) on the hunt for the answers to Mark’s past, a missing scientist, and replacement parts on a strange world – or they could be trapped forever…

“It gives us such a lovely tapestry to work within: interlinking themes, over-arching plots and brilliant character histories to explore. And all this with David Tennant, Jane Slavin and Joe Sims – what a joyous nine days of recording we had!” 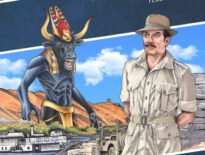 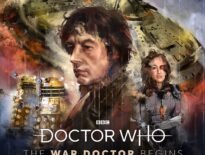