It’s nearly that time of year again: the comic conventions circuit is beginning, and the biggest of all is the San Diego Comic Con, which features panels and events from almost every television show and upcoming film imaginable.

Recently announced to be appearing is the current Doctor Who cast, Jodie Whittaker, Mandip Gill, and new companion, John Bishop. Also joining them will be Chris Chibnall and a “special surprise guest,” for the virtual panel.

Now fans are speculating who the special guest could be: some suspect it might be Sacha Dhawan; it’s all but confirmed that he will be returning as the Master at some point in this new series, but given how close to his chest Chibnall likes to play his cards, it may not be to keep his return a “surprise.”

Another confirmed but as of yet unannounced star who will be appearing in the upcoming series is Kevin McNally, though his role in the series hasn’t been revealed as of yet. If he is to be the “special surprise guest” for the virtual panel, then he’ll probably be playing someone big in the new series. Again, given how Chibnall runs the show, his character’s identity will be kept a closely guarded secret.

Of course, this has also lead to fans picking a lot of names out of the hat, one of which is Alex Kingston, mainly given how she would love to return to the series as River Song. I’m not sure that she will be the surprise guest, given that River’s story feels like it ended. And given the recent media attention and allegations, I highly doubt the series will be quick to bring back John Barrowman (even if it were rumoured).

Outside of fan speculation, there isn’t a lot more known about the panel apart from the five guests. The episodes are still being filmed, and the bosses are staying secretive about the production, so could episodes be being shot for 2022 as well?

Hopefully more will be revealed in this panel; maybe even a small trailer just to give us a taste of what is to come. But if previous panels are an example, we’ll probably get a couple of images that reveal absolutely nothing!

However, it should be a lot of fun to watch. The panel will be released virtually on Sunday 25th July 2021 for those attending the San Diego Comic Con online, and then probably soon after on the Doctor Who YouTube channel. 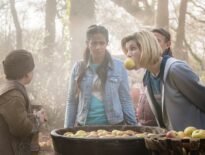 News Doctor Who Series 13 to Feature Episode About Asia… 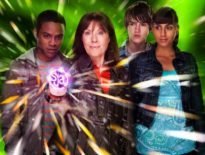