The latest issue of the Sherlock Holmes Magazine is a must-read for Doctor Who fans because — as you can see from the cover — it includes a feature about the many times the two franchises have crossed paths!

Not only that but editor, Adrian Braddy, interviews the Big Finish team, including Sherlock Holmes actor (and voice of the Daleks and Cybermen) Nicholas Briggs and writer, Jonathan Barnes.

Cards on the table: the lead feature, Holmes & Who, is written by me; I was thrilled to be contributing to such an excellent publication, and doubly so when I got a copy through the post and found I’d got the cover feature (the first of my career, which is very humbling).

The article covers all the most notable connections between Doctor Who and Sherlock Holmes, like The Talons of Weng-Chiang, Steven Moffat and Mark Gatiss shepherding Sherlock, and lots more.

But the magazine is packed full of great features to dig into, including:

PLUS: All your favourite regulars, including books, news, and a Holmesian crossword.

Every issue of the Sherlock Holmes Magazine is available now, including Issue #2, with an interview with BBC Radio’s Sherlock, Clive Merrison, who Doctor Who fans will know from The Tomb of the Cybermen and Paradise Towers. 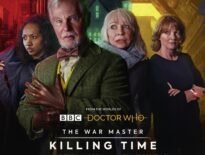 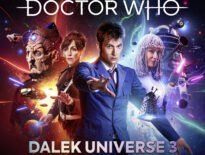