“I am The Watcher. I am your guide through these vast new realities. Follow me and dare to face the unknown, and ponder the question, ‘What if’…?”

We can talk about his art of course. His collection of Mona Lisas, etc (although only one’s real).

Perhaps his revolutionary, groundbreaking work studying human anatomy, making discoveries about human organs, including how the heart works with blood flow, well before anyone else. Indeed, he was the first human to sketch many human organs.

He, more than anyone else, knew humans inside and out.

But I think maybe some need a reminder about his prowess at invention.

As concepts go, he first conceived the use of concentrated solar power, the calculator, theorized plate tectonics, and much more.

He conceptualized the tank, over 400 years before its creation. In modern times, a team built said tank to his design specs. This war machine had over 30 gun placements and was completely operational. They only had to change one single gear, which was thought to have been specifically placed as a red herring by da Vinci to thwart anyone who might try and steal his designs.

He was a pioneer in robotics. His sketches and schematics for what has become known as “Leonardo’s Mechanical Knight” were utilised and the creation built in 2002 by NASA personnel. It worked.

He designed a workable precursor to the modern diving suit.

He conceptualized the parachute, glider, helicopter, and landing gear.

He discovered the processes governing friction.

He designed the first self propelled machine — an early ancestor to the automobile.

It’s said that many of his designs were lost over time, or at least never rediscovered, so it’s difficult to know what we’re missing. But here’s a man who had an instinctive knowledge of science, the human condition, could conceive of the inner workings of fantastic inventions centuries before their actual creation.

These conceptualisations of the tank, diving suit, weapons, submarine, helicopter, numerous machines such as the lens grinder, all these sketches and designs — those were things that could in some way be explained to some of the higher thinkers of his time. They certainly made sense in the modern era, where our tech finally caught up with da Vinci. These were things we recognised.

But what about the concepts that were deemed pure fantasy back in Leonardo’s day? That are still deemed an intriguing impossibility today? This was a man who could create anything. Who’s to say he didn’t have other, more fantastic plans?

And if this fantastic creation is hurtling through time — PERHAPS AS WE SPEAK — would Leonardo come to the here and now and be… the new showrunner for Doctor Who?!?!?!

No, of course not.

1. He’d want to direct or be director of photography or something similar.

Besides, the job’s a hassle.

But it’s fun to think about!

So what if anyone in time and space could be the new showrunner? Who would you pick? Who is in charge of Doctor Who somewhere in this vast multiverse? 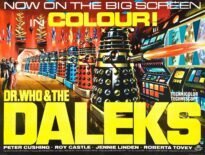 Features Doctor Who and the Daleks Sound Effect Puzzle: Unc… 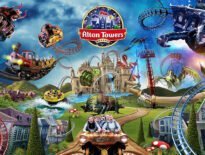