These audios are due to be released throughout 2022 and into 2023. Eccleston returns to the TARDIS for 12 more exciting adventures in time and space, across four brand new box sets.

“Just before Christmas in 2020, I walked into a small recording studio in an industrial estate in North London. Me and the sound engineer looked at each other and we smiled and said, ‘Let’s go!’ Then I started playing the Ninth Doctor again, and I loved it.

“It’s been one of the great joys for me of the past year. It’s a lovely way to do it, so I’m coming back to record more.”

“I am so glad that Christopher has enjoyed his time with us so much that he has agreed to continue his travels in the TARDIS.  Bringing the Ninth Doctor back to the Doctor Who universe has been one of the few enjoyable parts of the past year and I am so glad that the adventures will continue!”

In our exclusive interview with Chris, he said:

“What I find with writers is, unlike some directors, they have huge respect for the intelligence of their audience: they know that an audience is highly sophisticated, far brighter than us television programme makers, and they never write down; they always write up. And I feel like within the [Big Finish] module, there’s a great deal of conversation between – there’s the central hub, the team, and they draw the writers together, so there’s a consistency in the writing of the Ninth Doctor’s voice. But there’s also that great thing that you get from episode to episode where he’s stretched somewhat by the individual writer that keeps it fresh – both in the television series and in the audios – for the actor playing it. Because he is every one of us, I think. He belongs to everybody within that creative process. And that shape-shifting element to his persona is lovely.”

“I’ve spent most of my summer weekends sitting in the garden, iPad on my lap, reading the scripts for The Ninth Doctor Adventures – Series Two. Happy days indeed. No spoilers but expect emotional, character-based stories, and lots of adventure – going deep into Earth’s past and into the far future.

“From an old railway station to the seas of Titan, to a very unusual furniture store in the present day, it’s another trip of a lifetime – and I can’t wait to be back in the studio again in October, where we will bring these words to brilliant life. Recording the first season with Chris was one of my happiest times at Big Finish, and I feel privileged to be going back for more.”

You can now pre-order the second series of The Ninth Doctor Adventures, which are available in three formats – collector’s edition CD, digital download or limited edition gatefold triple LP vinyl – exclusively from Big Finish. Or save by pre-ordering a bundle of the entire series for just £88 (as a collector’s edition box set) or £78 (as a download).

The Ninth Doctor Adventures triple LP vinyls are strictly limited to a pressing of 1,000 per volume, and can be pre-ordered at £35.99 each, or £132 for the bundle of all four albums, again exclusively from Big Finish.

The vinyls don;t include any behind-the-scenes extras. However, listeners purchasing vinyl LP editions will receive a download of the story automatically and be given access to the CD edits as a bonus download. Episodes will be edited specifically for the vinyl format, presented as 2 episodes, one on each side, each with opening and closing music.  And all pre-orders of the vinyls will also receive the behind the extras as a bonus download. 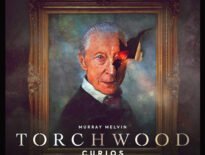 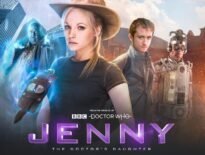