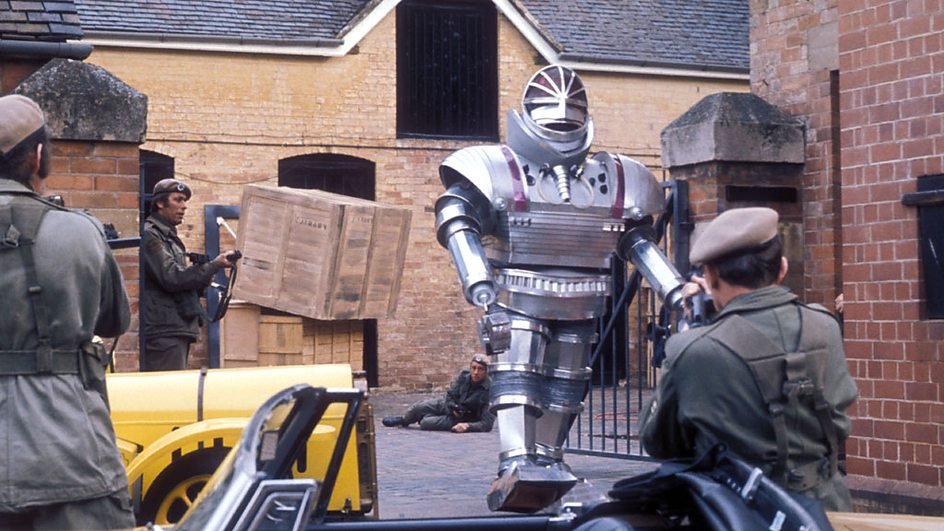 “I thought everything worked well on it. It was a very happy show, fun to make, there were no script problems, everyone liked doing it, and the cast were all good. It was one of those rare occasions where you felt everything had gone right.”

You can almost hear the sound of a well-deserved cup of tea clinking against its requisite saucer.

There’s a confidence to Robot, the first script written by the then-freelance Terrance Dicks, largely based around a tradition of new script editors assigning their predecessors to write the first script of their reign that he totally made up for a pay cheque – the canny swine – that manages the audience’s expectations of just what would remain and what was to come when the show made its transition from Doctor to Doctor.

The times they certainly were a’changing –  Barry Letts was also departing the show, making way for the darker hued era of Robert Holmes and Philip Hinchcliffe – but Robot is a decidedly different, more relaxed beast to the show’s last venture into the unknown, Spearhead from Space.

By 1975, the show had weathered earlier storms and was now a comfortably popular success: the emphasis here then was not on breaking the mould – perhaps because it was shot on film, Spearhead from Space always felt like a pilot for a new series – but in making sure audiences weren’t left behind when the Third Doctor departed.

The serial occupies the middle ground between one era and the early signs of another growing before our eyes. Despite the face of Tom Baker racing towards you through the time vortex, it’s very much a Third Doctor story; there are elements of Operation Golden Age in SRS’s desire to expand our horizons via logic alone (well, and a ruddy great big robot and a nuclear holocaust of course), there’s the ever-ready presence of UNIT and the Brigadier, the Sonic Screwdriver and, to a lesser extent, the familiar faces of the cast. 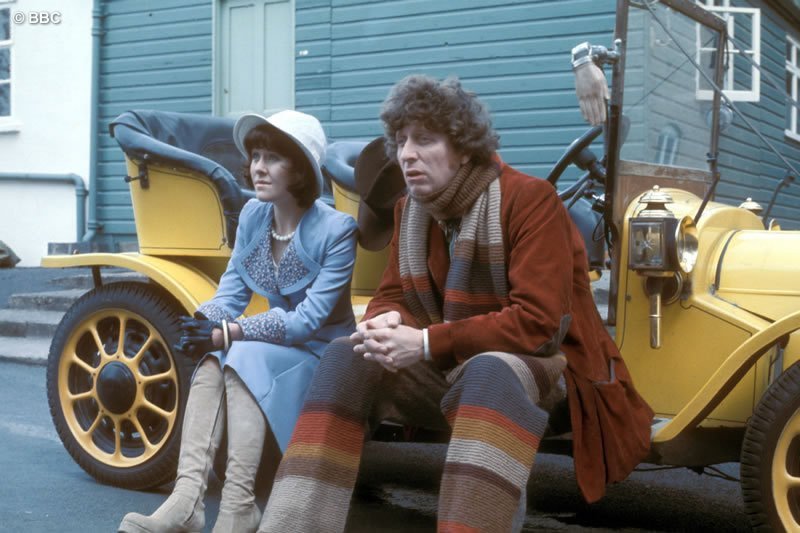 It may sound clumsy to attempt to bolt one era’s defining traits onto another’s changing sensibilities – the byword according to those writers whose work didn’t quite meet Holmes/Hinchcliffe’s standards was ‘sophistication’ –  but this was clearly intentional; as if grounding the show in a familiar reality would emphasis just how strange and anarchic this new Doctor was.

Even the regeneration itself is quickly dealt with – the Doctor shows no signs of the same sickness that afflicted his third incarnation; in fact, once he’s awoke, he’s a positive force of nature, but it’s these familiar elements that Dicks’ gifts as a writer are truly felt.

Everything about Tom Baker’s first full appearance as the Doctor is carefully managed. His first two lines, coming from the previous seasons episodes The Time Warrior and Invasion of the Dinosaurs, serve to remind audiences that this is still the same Doctor – it’s a deceptively simple technique and it’s still used today.

However, the subtlest indication of what sort of man we are getting is in an apparent non-sequitur about scientific theory (Pythagorean theorem) and a more intuitive line of thinking, the zen koan, ‘why is a mouse when it spins’ – wrapped up in Tom Baker’s ‘eccentric enthusiasm’, as Dicks describes him in the DVD documentary for Robot; you have a template for a new, yet familiar Doctor within the first few minutes.

The script pitches the Fourth Doctor’s timbre as wild and manic and Tom Baker takes that and runs with it – finding the correct amount of light and shade to make Dick’s script come to life. 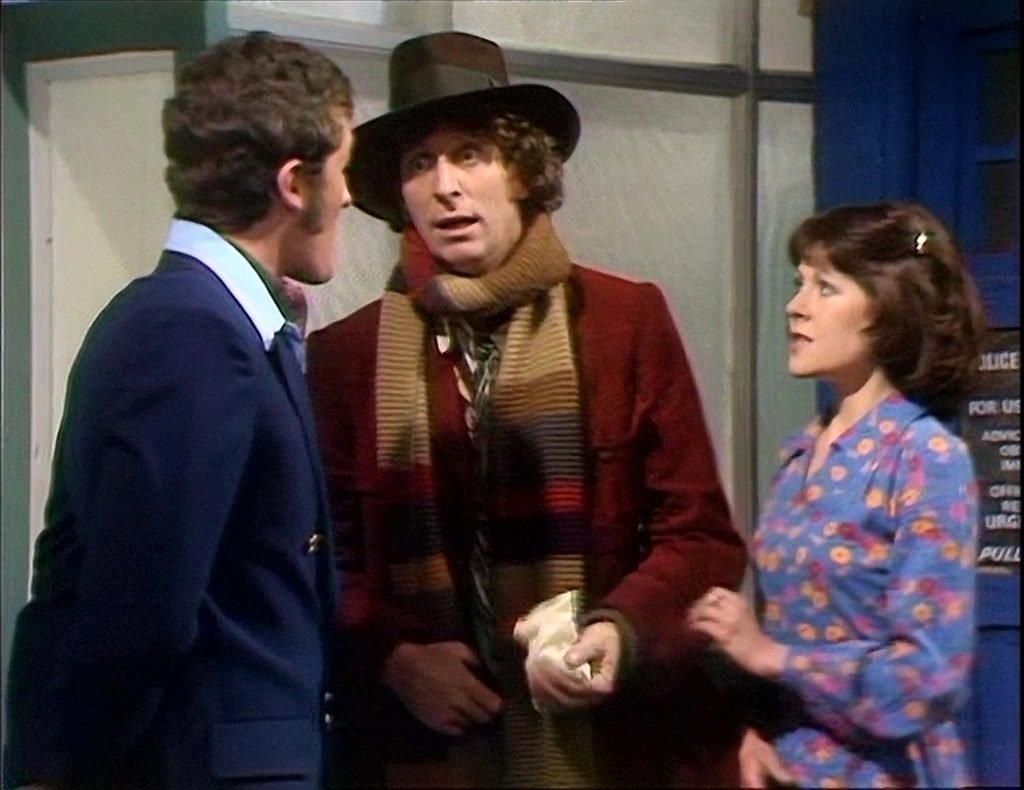 There’s an almost Holmesian (that’s Sherlock, not Robert) quality to the Doctor here (which is fitting, seeing as Baker went on to tackle the great detective later in his career – although he has often spoke of his inadequacy in the part of Holmes).

He takes a curious delight in solving the mystery of the heavy-footed robber with a single squashed daffodil; rubbing the face of the Brigadier in his apparent ignorance of what he sees as a fairly obvious clue – there’s a clear Lestrade/Holmes parallel in the Doctor’s attitude to his apparent betters here and both parties play their roles superbly.

We’re very much on the edge of a golden run of serials for the show and, much like those yet to come tales, the main premise was often a familiar one. Holmes, in his role as Script Editor, simply told Dicks to writer something with a robot – the rest was down to Dicks to craft into a workable idea – and never let it be said that when it came to borrowing an idea or two, Dicks borrowed from the best of them. 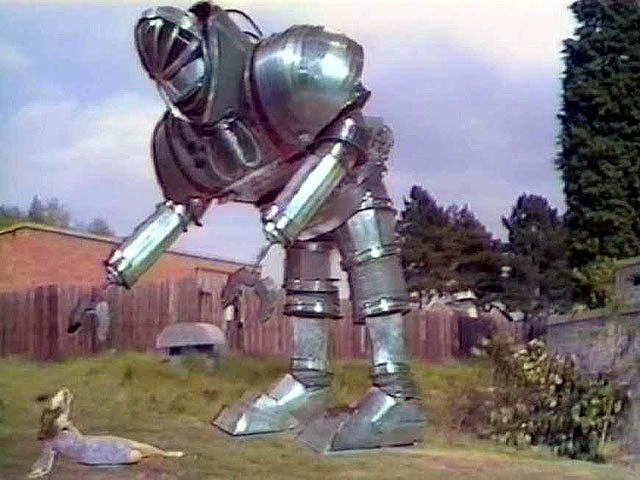 Which is why we get the rather strange, unique mix of King Kong and Isaac Asimov’s “Three Laws of Robotics” – eliciting as it does, a fair amount of sympathy for K-1 if only through the sterling work of Elisabeth Sladen and that amazing robot costume… although you’d perhaps argue that when the serial makes the Kong/Fay Wray connection more explicit, it loses much of its power.

The CSO-inspired growth doesn’t really work and the motivation for it feels clumsy – the growing metal is mentioned once before it becomes a key plot point –  but you can’t fault Dicks’ imagination, nor his will to see the idea through to its natural conclusion, which is why the quote above feels about right from his point of view. His attitude towards the rather unspectacular conclusion is very much in line with ours; there’s no hastily mounted defence, more ‘this is the nature of the beast’ and for his part, the drama that is, works.

The first step into an unknown world is perhaps the most difficult one to make – it may result in success but that initial burst of creative drive doesn’t always last – familiarity seeps in and, suddenly, the odd and the strange are commonplace once again.  It’s the second step, the follow up to that winner-takes-all risk that really shapes our abiding memories of that moment.

In trying to manage that expectation, Robot succeeds.

Why Robot Is A Success 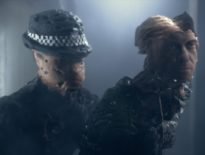 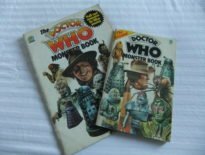 Features The Best of Terrance Dicks on Ebay
7