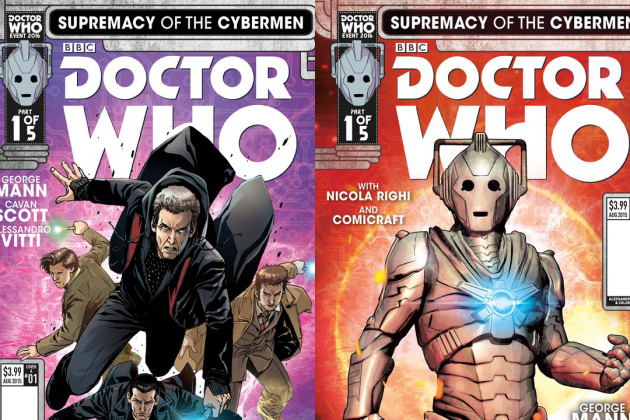 If you’re in London on Free Comic Books Day why not head to Forbidden Planet’s London Megastore, snap up some free comics and get them signed by Cavan Scott, Rob Williams, Rachael Stott and Neil Edwards – the creative team behind the upcoming Four Doctors crossover comic, Supremacy of the Cybermen!

The Titan team – who have penned four all-new short tales of the Ninth, Tenth, Eleventh and Twelfth Doctors for the perfect Free Comic Book Day adventure for SF fans of all ages – will be signing the Forbidden Planet exclusive variant edition of the FCBD Doctor Who Comic at the London Megastore on 7th May at 1:00pm! 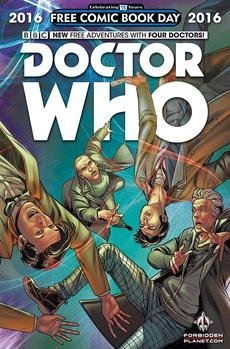 What’s more, artist Rachael Scott – who, need you be reminded, received some very special fan mail from Peter Capaldi for her sterling work on the Twelfth Doctor’s recent Titan run – shared the inks of the variant cover on Twitter.

Just got the thumbs up to show you my Free Comic Book Day #doctorwho comic cover pic.twitter.com/G5lGBwxrdX

And if you’re still not convinced about Stott’s influence on Doctor Who, and particularly Peter Capaldi’s recent run, check out this design for a stand-in companion after Clara left for issue #2.5…it looks sort of familiar…

I CAN PREDICT THE FUTURE. She looks exactly like the fill in companion for issue #2.5 O_o #NewCompanionpic.twitter.com/QuSBg87ThF

I tweeted this like a month ago O_o pic.twitter.com/D3J3vEDr8A

How spooky is that! Either the Doctor Who team tapped into a collective need to see a companion like Pearl Mackie’s Bill or the comics team really have their finger on the pulse! 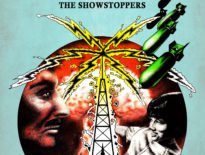 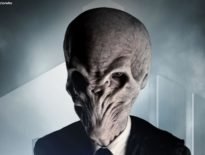