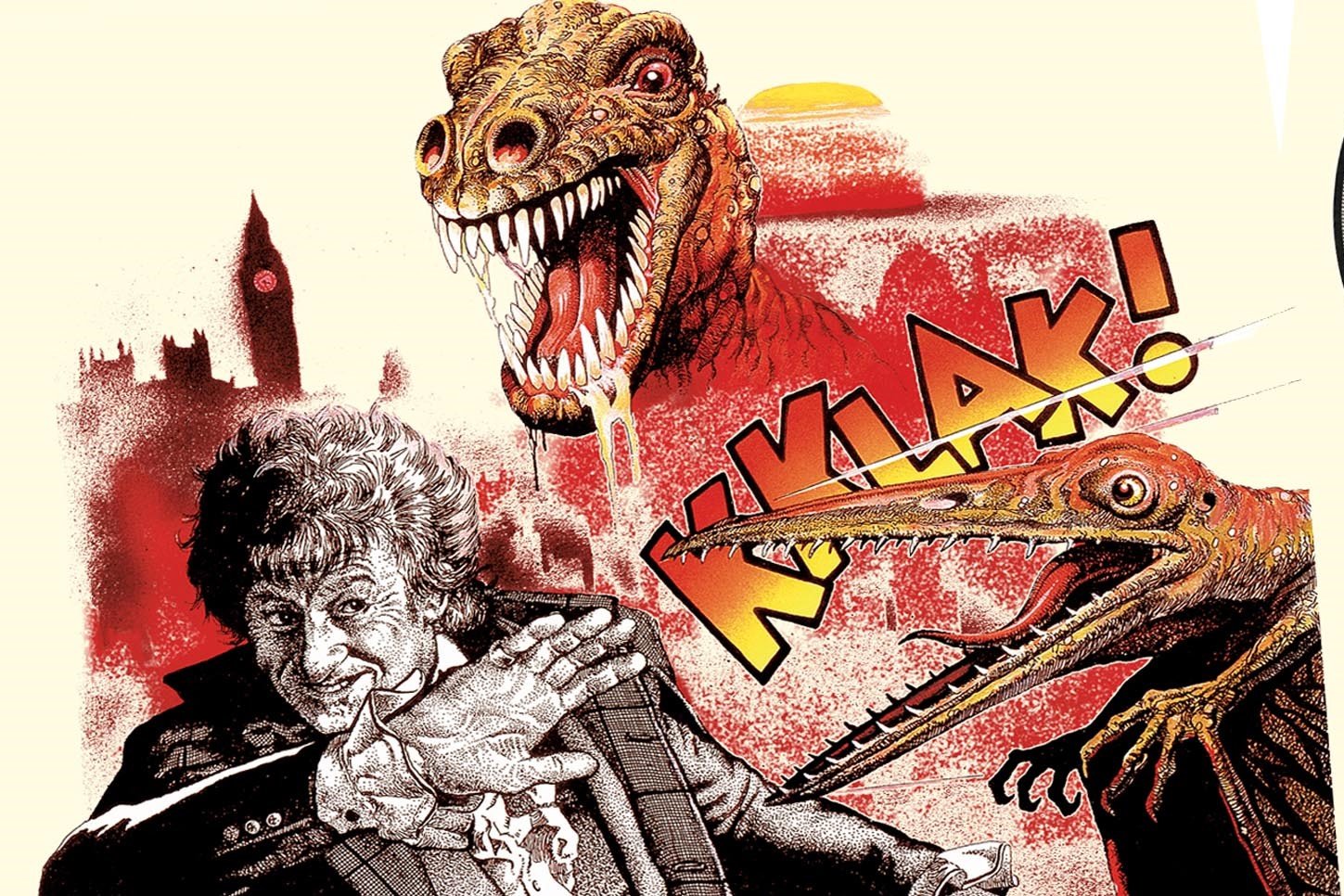 “Through the windscreen, the Doctor could see the gigantic shape of a tyrannosaurus rex blocking the road.”

So goes the attention-grabbing extract on the back cover of this reissue of Malcolm Hulke’s 1976 novelisation of his story from Jon Pertwee’s final season. The single word most associated with this book, and perhaps with the story itself, wasn’t written by Hulke but was depicted in vivid block letters by cover artist Chris Achilleos – ‘KKLAK!’, that glorious comic-book style caption which makes this probably the most famous of all the Target covers.

It’s reason enough to buy the book, one of seven from the Target range to be republished this month. The books, which come with a gold embossed Doctor Who logo, are rather lovely to look at but it can’t just be me who feels it’s a shame that BBC Books couldn’t find a way to incorporate the Target logo, just for old times’ sake. The introductions added to earlier reissues by the likes of Steven Moffat and Mark Gatiss which told us why these books meant so much to people who grew up reading them are sadly missing from this batch though we do get helpful information (‘The Changing Face of Doctor Who’) to fill us in on the Third Doctor, UNIT and Sarah Jane Smith and brief ‘About the Author’ details at the end. 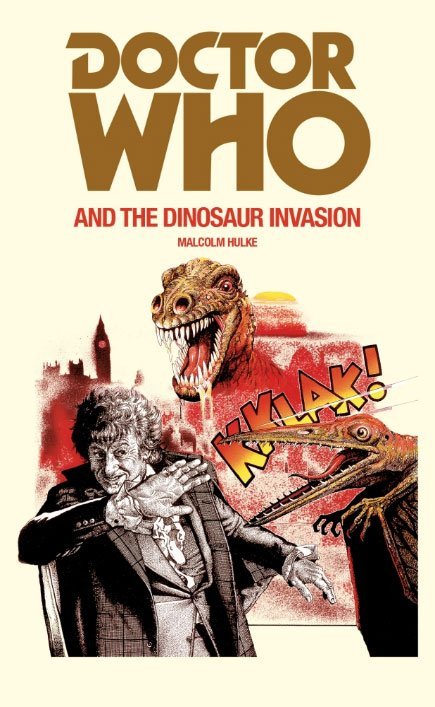 The story feels like a collection of ingredients which nicely sum up the Jon Pertwee era: the UNIT team dealing with a crisis, pre-historic monsters, the Doctor railing against officialdom, the Brigadier spending a lot of time on the phone… and there’s plenty of fun to be had reading a book that compresses six episodes of action into a page count well below 200 (an unsung skill of those Target writers that some modern authors could learn from).

There are two main weaknesses to Invasion of the Dinosaurs which have meant that it’s never been widely regarded as a classic and have sometimes left it open to ridicule. One is the dinosaurs themselves; famously rubbery, immobile beasts in the television version, a case of the Doctor Who production team’s ambition hugely exceeding what resources could deliver. This poses no problems on the page, however, where the reader’s imagination very easily makes up for any shortcomings when it comes to marauding dinosaurs, although it’s possible that youngsters buying the book back in the 1970s may have been a bit disappointed that the story doesn’t feature a bit more dinosaur action, especially if they were lured into parting with their pocket-money by that slavering t-rex on the cover.

There’s no escaping the second issue, however; that of the plot, and the leap of faith it asks us to take regarding the spectacular gullibility of the prospective New Earth colonists who have been convinced by Operation Golden Age’s proponents that they are on a three-month voyage to a previously undiscovered sister planet (I’d love to see the sales brochure for that trip) when in reality they are stuck beneath the London streets. Thankfully, Sarah has her wits about her sufficiently to realise that the sore bump on her head means she can’t have been in hibernation for that long. Ah well, Doctor Who has a long and noble tradition of characters swallowing colossal fibs so maybe it’s unfair to single out this story… 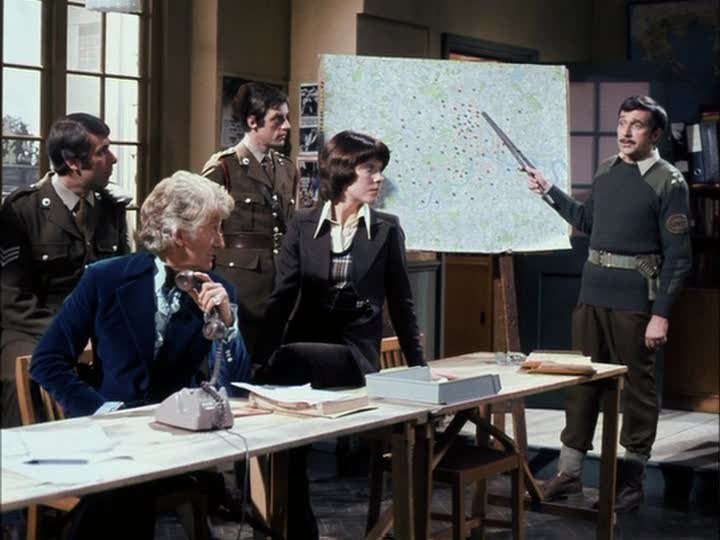 Better to enjoy the ride in a story which moves along nicely with some effective jolts as, one-by-one, the conspirators are revealed. Hulke uses techniques open to the novelist to offer a different insight into the story from that which television viewers had: we occasionally see things from the dinosaurs’ point of view (‘The stegosaurus, thirty feet long and weighing two tons, stood bewildered in a narrow Hampstead street’). The author seems to have enjoyed himself on this book, as in a later sequence when field reports from across the city are used to illustrate the chaos as creatures’ rampage through the capital:

“…Time 0927. UNIT patrol 57 to UNIT Headquarters. Pterodactyl at Tower of London is attacking the ravens. UNIT personnel moving in to fight and destroy…”

Unsurprisingly, there are some reminders to the modern reader that this is a book published some four decades ago. The Doctor’s attempts to talk to the looter he and Sarah are detained alongside in a language he will understand are worthy of Enid Blyton at her most patronising (‘It was you what grassed on us!’ he bellows in a ‘loud, Cockney accent’ and my personal favourite ‘Get on your feet, you low-down dirty stool pigeon!’). And Sarah’s rudeness in a later chapter, albeit to someone who’s locking her up, is positively alarming to modern sensibilities: ‘You’d be quite handsome without that scar, you know.’ Don’t bother with that application to the diplomatic service, Sarah… 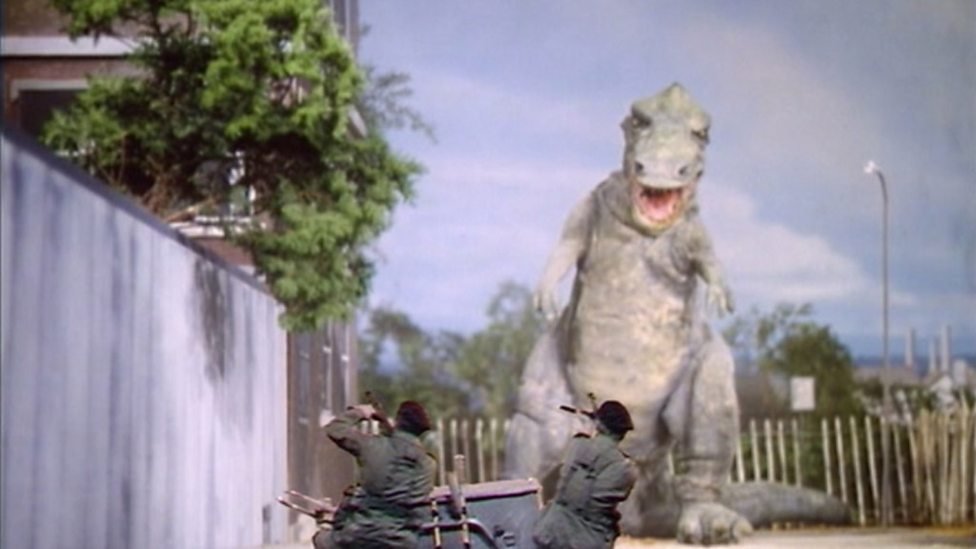 But it all adds up to a fun read, a slice of Doctor Who very much of its era and one which, taken as a package with that wonderful Chris Achilleos cover (look out for our interview coming up soon…) gives a reminder as to why readers who bought these books treasured them so much.

Malcolm Hulke is one of the most fascinating characters to have worked on Doctor Who is its long history, a Navy veteran and Communist Party member who, as was recently revealed in declassified files, was monitored by MI5. As the book’s notes mention, his scripts typically present us with no clear villains but rather characters with an alternative, valid point of view. It may be first and foremost a rollicking adventure but it’s impossible to read Doctor Who and the Dinosaur Invasion and not feel, knowing what we now know about its author, that he had a good deal of sympathy with the people who through Operation Golden Age sought to return the world to an earlier, simpler time.

The Target reissue of Doctor Who and the Dinosaur Invasion by Malcolm Hulke is released Thursday, 28th April.

Reviewed: Doctor Who and the D… 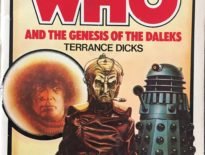 Reviews Reviewed: Doctor Who and the Genesis of the Daleks… 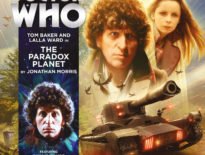