The continued quest to write Loose Canon – An unofficial guide to the unofficial Doctors.

This is what I get for stopping.

I have almost everything saved from the last time I gave this a shot. Sample chapter, sample essay, chapter layout and a mostly complete list of Doctors.

You see after I got my first (and thus far only) rejection I went back and looked at the format of the guide. There was no real structure to the way the Doctors were listed in the chapter layout. It looked for all intents and purposes as if I’d laid them all out in the order that they’d occurred to me. They looked like this for a very good reason; that’s exactly what I’d done.

So I went back and separated them out into categories that actually made sense. ‘Doctors that have appeared on the show’, ‘Turned up in audio adventures’, ‘Appeared in stage plays’, and ‘Appeared in the novels’ to give you an idea. Now, I’m old fashioned when it comes to writing and a lot of the time I write my work down on paper first before committing it to an electronic format. I went through several drafts putting the new chapter guide together- and even found a few more Doctors that I’d neglected to add the first time around. By the time I was finished with it I was pretty happy that this was the way I wanted to put the guide together. So I tore it out of my notepad and put it in a safe place to type up at a later date.

That was six months ago.

I know where I left it. I know for a fact. However there’s been a lot of things getting moved around my house the last few months and where I know I left it is the one place it isn’t now.

So, what are my options? I can tear the house apart room by room until I find it, living in hope that I wouldn’t have thrown out a single scrap of paper. Which I might very well have done. Or one of my kids might have used it for a multitude of purposes, in which case it’s lost to the ages. I could sit down with my previous notes and try to reconstruct what I thought was the perfect chapter guide. I’ll almost certainly miss something from my previous draft though. I’m positively certain that there’s a whole category that I just can’t remember.

My final option is to start fresh and build something new. I may come back to this as an option; it’s certainly not appealing at this point in time.

Guess I’d best get looking then…

Well, that could have been worse. It only took about half an hour to put my hands on it. Although it’s pretty ragged, so I’ll be transferring it onto my laptop as soon as I’ve finished this column.

The groupings are more or less as I remember them and are as follows:

That’s 64. I think that’s probably enough to be getting on with. Now, if you’ll excuse me I want to get this list typed up before I lose it again. 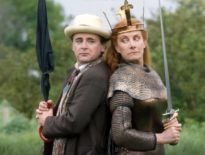 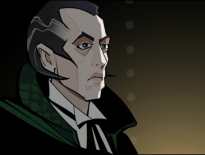