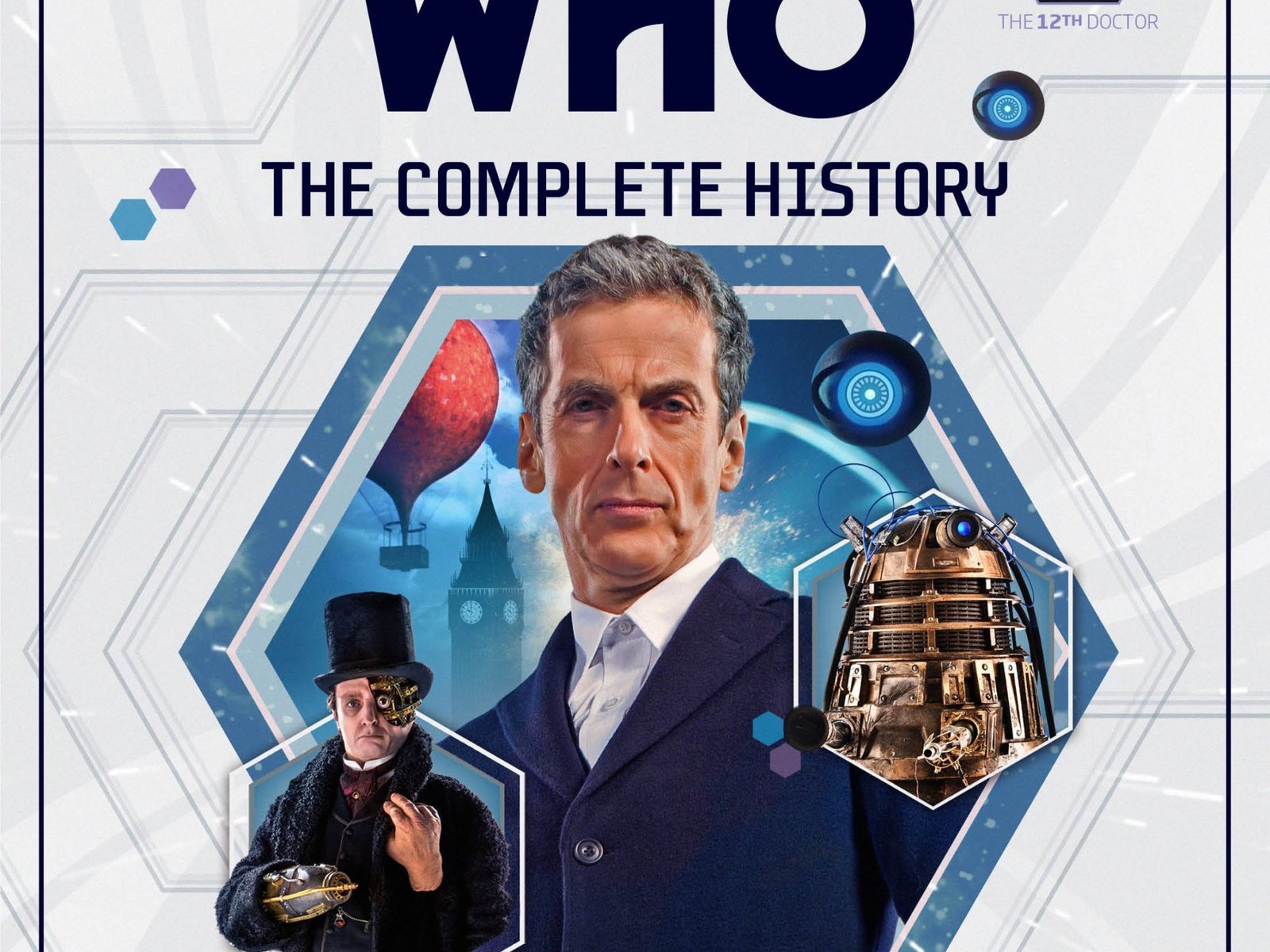 It’s no secret: I’m no big fan of Doctor Who Series 8, the first with Peter Capaldi. He’s a great Doctor, but that run of episodes didn’t do him many favours, trying too hard to be controversial. This third issue of The Complete History, covering Deep Breath and Into the Dalek, was never destined to be a favourite volume.

But I was pleasantly surprised.

Of course, it helps that these books are stunningly presented, and as I’ve mentioned before, you get a new appreciation of the stories. Nonetheless, it’s not inspired me to watch those two episodes – though I will do as part of a Who marathon.

I thought this would be a good time to re-evaluate why these stories don’t sit well with me. I know some of my distaste for Deep Breath is the result of missing Matt Smith. I still miss him, but that shouldn’t detract from Capaldi, who is perfect for the role. Missy plays a part: Michelle Gomez is great as the character, but that character isn’t the Master – not to me.

Similarly questionable territory is this series’ arc: the Nethersphere. The whole idea makes me uneasy.

Why choose now to mull over my feelings for Series 8? This issue includes an analysis of the 2014 series, pulling apart its themes and looking at how the Twelfth Doctor and Clara Oswald (Jenna Coleman) develop. It’s an interesting read, not especially casting the run in a new light but still making you refocus. It does view the 12 episodes as wholly positive – however, that’s to be expected. This isn’t a partwork full of reviews; it’s in praise of the show.

I’m in favour of heaping praise on Doctor Who because it is my favourite TV series, negativity is rife anyway, and chiefly because no one sets out to make bad television. This means the analysis glosses over the sections of fandom that had a problem with Missy and with Danny Pink (Samuel Anderson). The latter really wasn’t a fan favourite – not Anderson’s fault; he did brilliant work as Orson Pink in Listen (2014) – but here he’s viewed as a solely good thing. Calling him “charming” and “popular” is a bit much. 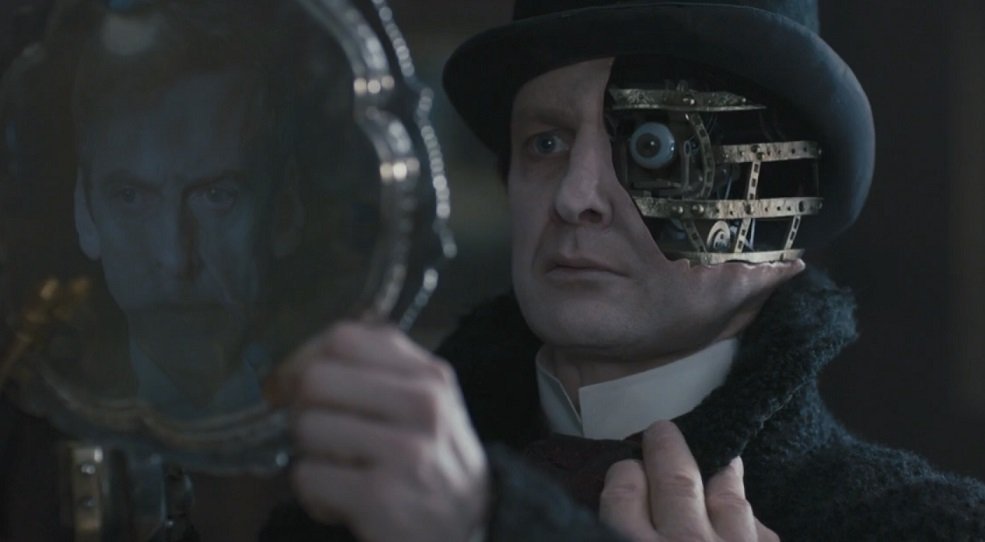 The same round-up helps, however, to put this series and this Doctor into context with previous ones, noting the similarities with the First and Third Doctors especially. That’s certainly something we can all appreciate: it’s very fitting for this collection as a whole, actually. It’s what The Complete History should be good at, particularly when all 80 volumes have been released.

Ah yes! Now that’s something to think about. The 2014 series feature lists the volumes each episode appears in, so Robot of Sherwood, Listen, and Time Heist will occupy Volume 77, for instance. Volume 78 covers The Caretaker, Kill the Moon, and Mummy on the Orient Express, and the penultimate book has write-ups of Flatline, In the Forest of the Night, and Dark Water/ Death in Heaven.

Wait, what? This is an 80-volume set, right? Presumably, then, Volume 80 covers Last Christmas – but does it then continue with Series 9? Has this series already been extended?

Some will complain about this, but they shouldn’t be surprised really. It’s common practise. What’s more, if you’ve collected 80 books, it must be something you enjoy – what’s the harm in a further few issues? Personally, this would be more than welcome. I really like much of Series 9 and would love to find out the behind-the-scenes details of, for example, Under the Lake/ Before the Flood.

Back to the matter in hand: this isn’t the thickest of books, but there’s still a wealth of information inside, a great deal of which is dedicated to Deep Breath. It occupies a good 69 pages of the 128-page count, and while its Pre-Production, Production, and Post-Production sections are impressive, this episode’s guide is perhaps most notable for its thorough Publicity segment.

This 12-page chunk is the most extensive we’ve seen so far, covering not just immediate coverage in the press – interviews, column inches, trailers, documentaries – but also the World Tour, which encompassed cities like Rio de Janeiro, New York, and Seoul. This is accompanied by gorgeous photos, including a stunning one of Coleman looking beautiful in a stark red dress and Capaldi looking every bit the Doctor against a background of Cardiff Castle. The minutiae of The Complete History remain exceptional, taking care to note how characters were originally described in the script, the duration of each trailer, and scenes that were cut during editing. The section devoted to Into the Dalek features the latter quite heavily.

The feature covering Into the Dalek might’ve been overshadowed by the breadth of detail for Capaldi’s debut episode – except for the fact that it feels very fresh. You still get the same amount of detail, of course, but the design of the book is really engaging. The pages and images are cast in variations of deep blues and purples, a stark contrast to the greens of the previous episode.

These two tales, I felt, were badly directed, a shock seeing as Ben Wheatley is such a big name. The Dalek story, though, was a slight improvement – and that’s largely due to the set design and colours used, so it’s nice to see that reflected in the book.

Profiles, this time, are for Peter Capaldi and writer, Phil Ford: the latter’s entry is a brief but solid detailing of his portfolio, while Capaldi’s is a far more thorough affair. Well, he is the Doctor after all. With snatches of interviews, publicity shots, and a mix of work and personal life, it’s a very interesting feature: fans will know the actor’s dedication to the world of Doctor Who, but The Complete History also shines a light on the hard times. Certainly this reader never realised the struggle he went through to finally get into the acting limelight.

This is as good a time as any to review just a few things I learnt from this book, then:

While I wasn’t especially looking forward to this issue, its appeal is nonetheless strong. It’s another fascinating volume in a series that’s already proving that a lot of love goes into each and every episode of Doctor Who. 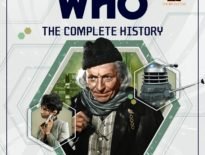 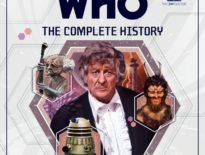