As he emerged, freshly announced as the Doctor, Peter Capaldi grabbed his lapels in a lovely tribute to William Hartnell. Decidedly grumpier than his predecessor during Series 8, there were clear parallels between Capaldi’s Twelfth and Hartnell’s First Doctor.

The influence of the First Doctor’s era, however, is most felt in the Series 9 opener, The Magician’s Apprentice/ The Witch’s Familiar, with Capaldi even wearing Hartnell-esque checkered trousers. Taking the Time Lord back to Skaro, we’re dropped right in the middle of the Dalek city, Kaalann, its design harking back to the original serial, The Daleks (1963/4).

We don’t often visit a city on the Daleks’ homeworld, but when we do, it’s the clean, metallic structure designed by Raymond Cusick and Jeremy Davies over half-a-century ago. There’s a style and grace that makes the buildings the most memorable of any planet visited in Doctor Who. It certainly gives Gallifrey a run for its money.

The art of The Magician’s Apprentice/ The Witch’s Familiar is in keeping the simplicity of the classic city. The guillotine-like doors and slanted rooves are just as compelling now as they were in the 1960s. You could argue that the claustrophobia of the original cityscape is diminished by the large-scale chamber the Supreme Dalek and his cronies occupy, but otherwise, the feel of Skaro remains the same. The Daleks made Doctor Who a hit; it’s no surprise that so many stories find their foundations there. For one, the drumming “heartbeat” of the Daleks, which originated in their debut serial, is a familiar element throughout their appearances, specifically on Dalek ships or in control rooms. Perhaps its most effective use is in Bad Wolf/ The Parting of the Ways (2005) or Victory of the Daleks (2010).

In the 2015 two-parter, the sound effect hits home when the Daleks are apparently regenerated.

But the shining corridors aren’t the only view of Skaro we get. Just as in The Daleks, The Witch’s Familiar takes a grimier approach – literally. Missy transports Clara away from the city, and gives us a similar view as the First Doctor, Barbara Wright, Susan, and Ian Chesterton had when they emerged from the petrified forest.

While we don’t see the woods in The Witch’s Familiar (also sadly lacking Magnedons), Missy and Clara approach the city from the surrounding desert, with Kaalann acting as a sort of oasis: certainly the Thals thought it salvation when the Daleks supposedly offered them food. That notion is reversed when the Daleks’ true nature is revealed, and there are further parallels in Missy and Clara returning to fight, just as the original TARDIS team did, bringing an array of Thals with them.

Both guerrilla tactics involve getting into the heart of Skaro via caves: in one serial, literal caves cut through the mountains, and in the most recent, through the aliens’ equivalent of sewers. Both are treacherous enough to eat up airtime. 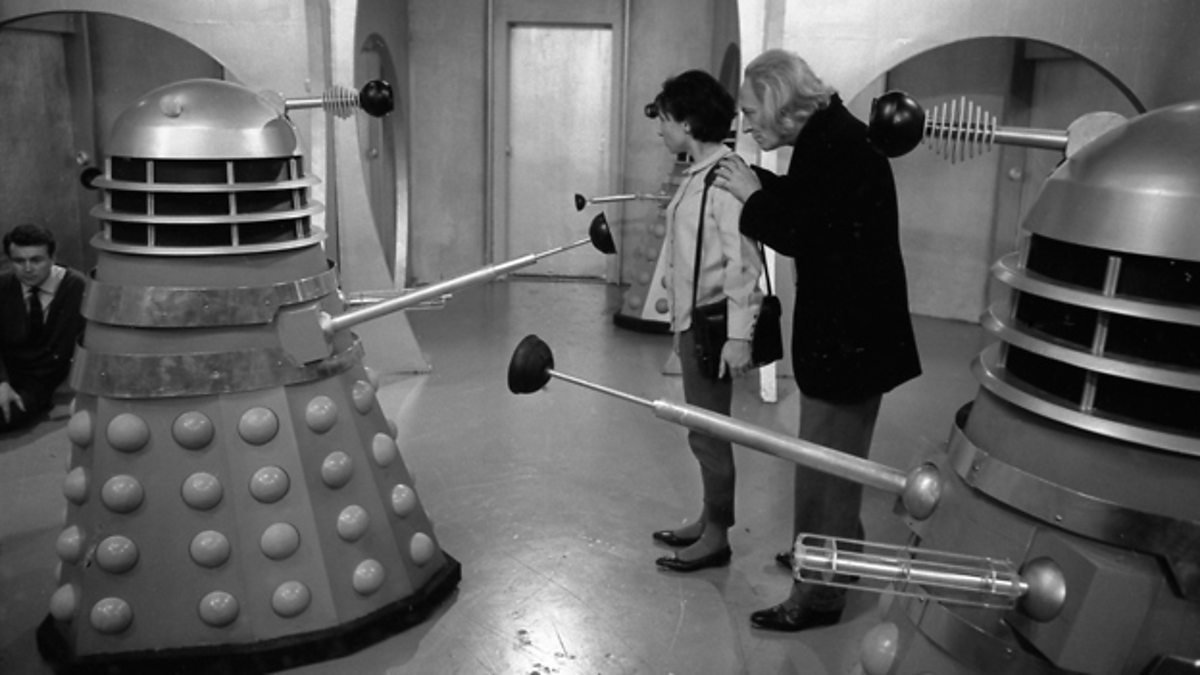 That’s without even mentioning the curious habit of getting inside a Dalek: Ian submits to that treatment willingly, but Clara is rather forced into it. Chesterton gets in and out of the Dalek with relative ease (bar a brief bit of trouble with magnetism and unhinging its head), as does the Doctor in The Space Museum (1965) – although this is, admittedly, a deactivated one. Mr Diagoras has a tiny bit of trouble when he’s swallowed by a Kaled mutant in Daleks in Manhattan (2007), but The Witch’s Familiar is the first time we see a proper exploration of what it’s like to be trapped in a mini-tank. We at least get a bit of clarification about the nature of Daleks and emotions (there’s a worrying tendency otherwise to turn them into unfeeling Cybermen).

The Magician’s Apprentice/ The Witch’s Familiar isn’t only inspired by The Daleks: it’s an amalgamation of other Dalek stories.

Most notably, we must turn to a similarly grimy tale, Genesis of the Daleks (1975). The connections are obvious and encapsulated best in the figure of Davros, who debuted in Genesis. Until 2015, we’d never seen Davros younger than when he created his infamous war machines – on screen, that is. Big Finish’s I, Davros spelled out his youth well, but some of this has since been contradicted by The Witch’s Familiar. The origins of the Daleks link this two-parter with the acclaimed Genesis. For 2013’s Asylum of the Daleks, we were promised every Dalek ever, and we did see many of those then… but few were actually in action. The Magician’s Apprentice/ The Witch’s Familiar remedies that.

The Stolen Earth/ Journey’s End‘s Supreme Dalek is back in action, as is (impossibly) Dalek Sec from Army of Ghosts/ Doomsday (2006) and Daleks in Manhattan/ Evolution of the Daleks – or at least, a similar black model. Then there are further Daleks from The Dalek Invasion of Earth (1964), Evil of the Daleks (1967), and Remembrance‘s Special Weapons Dalek.

Special focus, though, is on the Bronze Daleks of the Russell T. Davies era and the 1960s Daleks.

That just goes to show how The Magician’s Apprentice/ The Witch’s Familiar takes its lead from some of the best Dalek stories of the past, and most importantly, where it all began.

The Doctor. Surrounded by Daleks. Completely against the odds. Just as we like it.

Magicians, Witches, and the Ki… 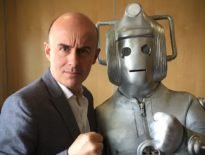 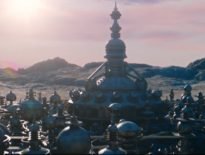 Features I Wanna Go (To Skaro)
9