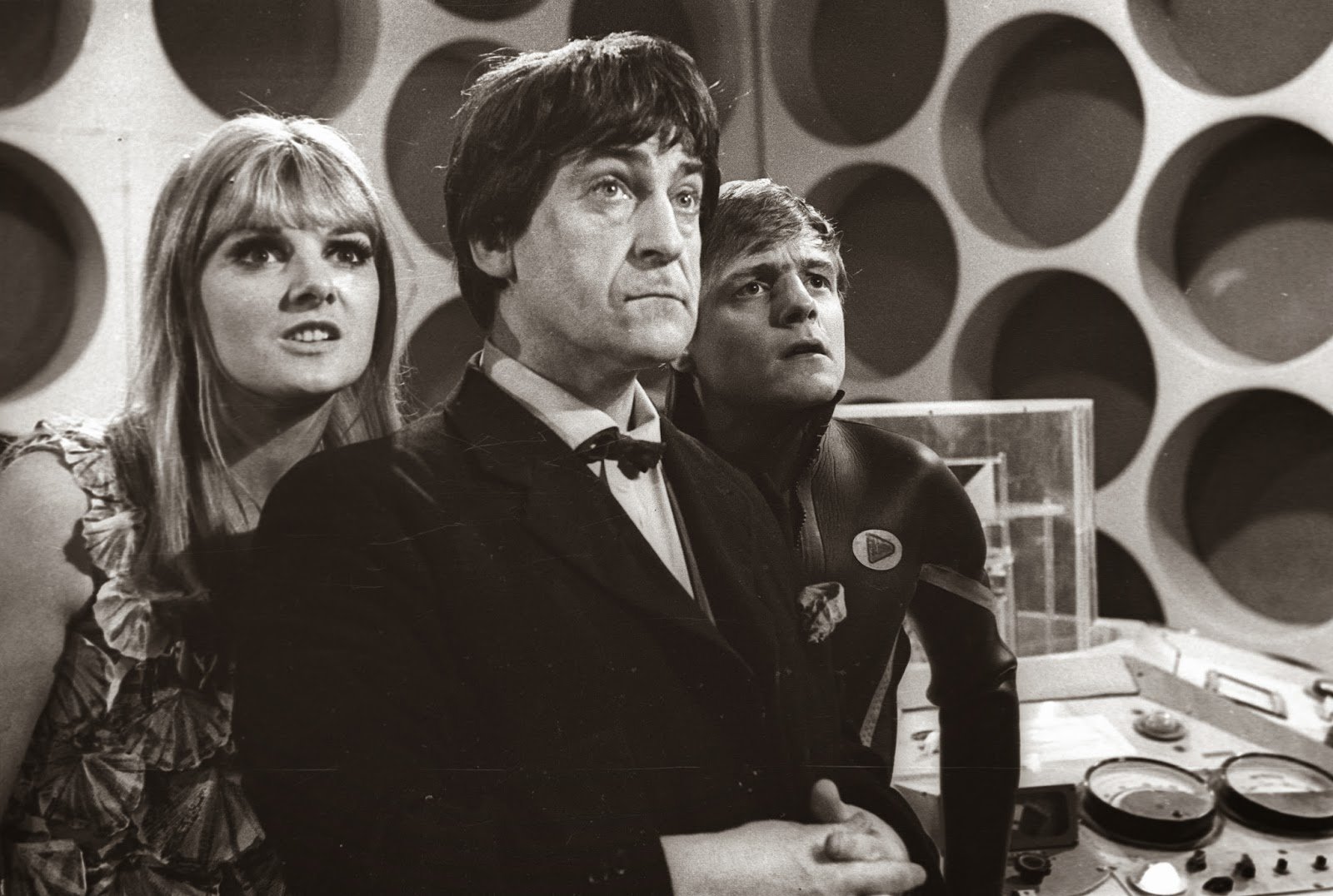 It’s 50 years since the first part of The War Machines, and the introduction of Ben Jackson and Polly Wright.

The pair are two of my favourite companions, joining William Hartnell’s First Doctor and seeing him regenerate into Patrick Troughton’s Second, and facing Daleks, Cybermen, and the dreaded Macra. And though they only appeared in nine serials (well, eight-and-a-half because they were basically shunted throughout The Faceless Ones), you can still indulge in some classic adventures starring the wonderful Anneke Wills and Michael Craze.

Here are four stories you need to watch (or listen to) this weekend.

Considering the number of serials scrapped throughout their tenure, we’re lucky to have Ben and Polly’s first appearance available to watch in all its glory.

And how glorious it is!

Aside from An Unearthly Child, this is the first full serial set in contemporary London (because Planet of Giants doesn’t count), and although the 1960s might feel like a world away, the forward-thinking plot makes the tale engaging, smart, and thoroughly enjoyable.

Here, you can marvel at the unceremonious way Dodo is written out, at how immediately likeable Ben and Polly are, and at how WOTAN, the Big Bad Computer at the top of the Post Office Tower, calls the Doctor “Doctor Who”. Putting that mishap aside, it’s easy to argue that The War Machines – with its relatively-modern setting, striking direction, and a truly heroic Doctor – should be the first serial any Classic series virgins should start with.

With William Hartnell becoming frailer, and to be imminently replaced, much of the action in this four-part story is left to Ben and Polly. In their first encounter with the Cybermen (and ours!), the pair are stuck in at the South Pole as they witness the Earth’s twin planet, Mondas, pulling itself towards our world and aiming to suck it dry.

Written by Gerry Davis and Kit Pedler, the second serial of Season 4 is another tale that gazes into the far future (1986, ladies and gentlemen!) and foresees a time when our flesh is deemed inferior to metal.

It’s a delight to see those early Cybermen. Oh how far they’ve come, but I remain adamant that you could bring the Mondasians back now without them looking out of place. Even Peter Capaldi agrees. Tenth Planet Cybermen in Series 10, anyone…?

The Power of the Daleks

The Doctor has collapsed. His companions are rightly worried. But it’s far from being all over…

With a post-regeneration Second Doctor trying to find his feet, what’s really interesting is how Polly and Ben refuse to believe this is the same man who they fought Cybermen, War Machines, and pirates beside. It’s a notion that continues today: Rose didn’t trust the Tenth Doctor until he proved himself, and Clara wanted the Twelfth Doctor to change back, questioning how he got the wrinkles in his face – after all, it’s brand new on. In The Power of the Daleks, one of only two Second Doctor stories to feature the perpetually-mad pepperpots, it’s the Daleks who confirm that this “renewed” incarnation is the same guy they fought on Skaro.

It is, of course, painful that all six episodes have been junked, but we do at least have a few clips on the Lost in Time DVD and a great soundtrack to listen to…

Ah yes, the soundtracks. The Macra Terror really comes alive on audio. It’s atmospheric, claustrophobia, and creepy. It’s very underrated. I guess some saw the Macra and thought they looked ridiculous – in which case, just hearing them helps!

Ever been to a holiday camp? You might’ve been sneaking around in case of Bannermen, but a far greater fear should’ve been mind-control.

Even Ben succumbs to the charm of the Macra, and Craze plays it perfectly. As his and Polly’s penultimate story, it’s great to hear him on the side of the enemy. (But then I love seeing versions of the TARDIS teams with questionable motives – The Enemy of the World, The Massacre of St. Bartholomew’s Eve, and even “Mr Clever” in Nightmare in Silver.)

Ignore the naysayers: stick on the surviving soundtrack to this four-parter. Russell T. Davies is clearly a fan, having brought back the Macra for 2007’s Gridlock.

These four serials should keep you going for the weekend, but every story featuring Polly and Ben has something going for it – even if that’s just the TARDIS crew themselves!

If you’ve not got a sufficient fix of the pair, how about downloading The Yes Men from Big Finish, reading Mark Gatiss’ The Roundheads, or finding a copy of the 1968 Doctor Who annual? 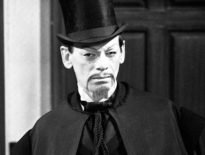 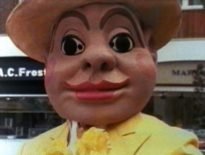 Features (Robert) Holmes Under The Hammer
5