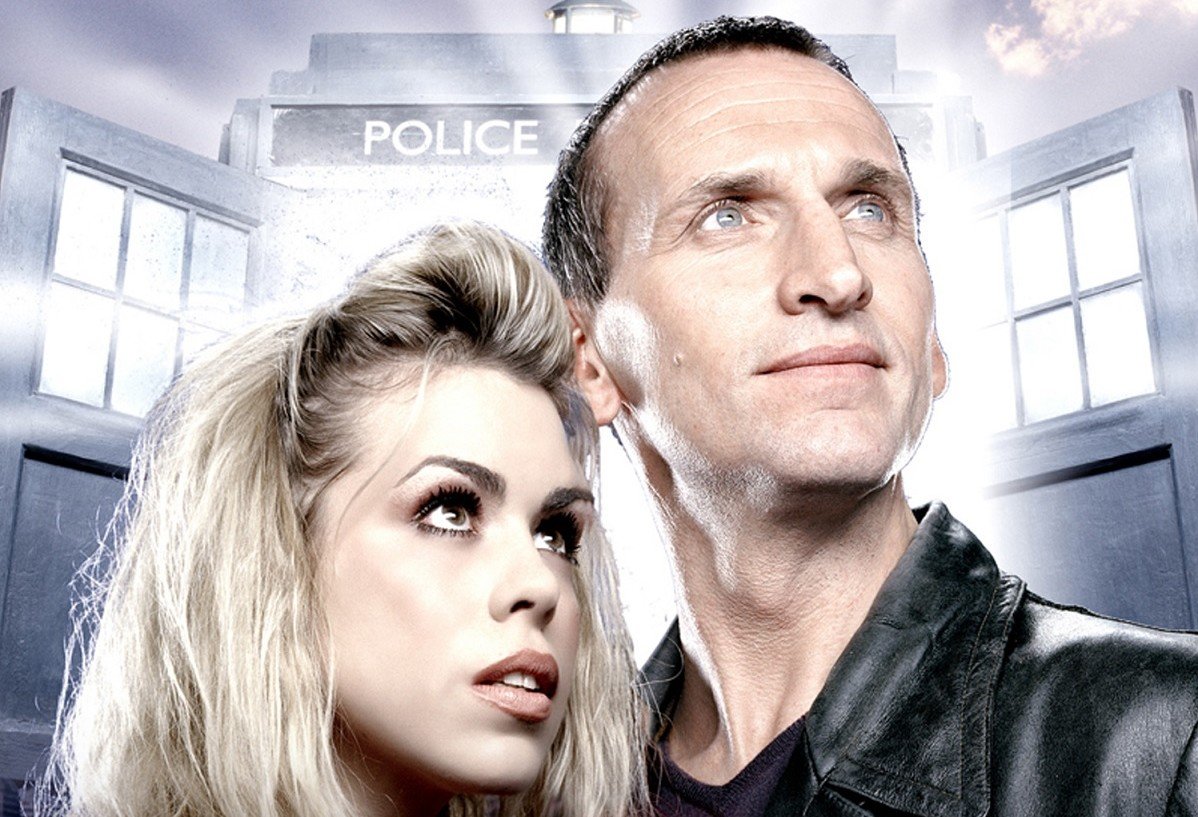 Objectivity be damned, I adore this box set. To quote the Doctor himself I want to kiss it to death. It’s as daft and as wonderful as the show it represents.

If the classic range was all about uniformity and consistency – highlighting each releases place within the wider history of the show, meaning that, the most devoted of fans could conceivably run their fingers across decades of glorious history and never feel that each entry wasn’t give its correct place and standing within that canon – then the TARDIS shaped box set was a big, loud wedge between that and the shows brash confident rebirth.

Looking like a Minecraft version of the TARDIS, the set wasn’t without its problems. 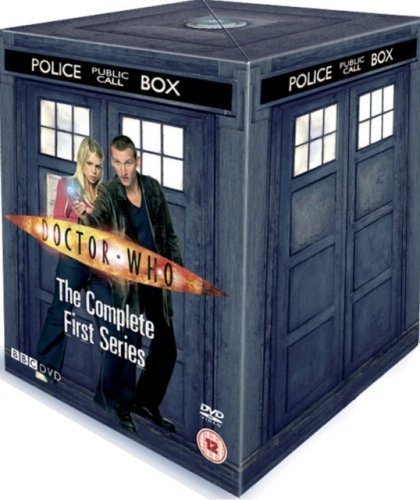 Come Christmas morning, I had a hard time reconciling the shape of the festively wrapped present with anything I had seen in the shops. What was so big yet so light? Why did it have that distinctive DVD rattle?

Being as it was a gift, the burden wasn’t mine to dwell on. I had been given something very cool that was also very impractical – the very dictionary definition of cool in fact if you proscribe to the theory that anything useful cannot be cool –  and I had to make peace with what was standing on the recently shed wrapping paper and my desire to own the series.

The set is enormous to the point where it barely fits on any shelf without becoming victim to stray elbows and the inevitable proceeding tumble to the carpet (that horrifying sound of multiple DVD’s rattling against their plastic spindles still haunts my nightmares).

With that in mind, you were faced with two options, either you have to prominently display it on top of the shelf or have it dominate proceedings elsewhere amongst your collection.

You might not see a problem here – I certainly don’t, it’s fabulous focal point (you can’t exactly miss it. In fact, it was a conversation starter in the weird circles I operated in at Uni) – however, because of it is prominence you may very well find your mind wandering to what on Earth is going on with it: the Doctor and Rose seem to hover awkwardly in front of the gargantuan doors of the TARDIS like those 2-D policemen you find stuck in shop front windows (why did no one ever exploit that gap in the market and have fictional characters warn that shoplifters will be prosecuted? “This Esso garage is defended!”), the TARDIS itself seems to have been caught in mid-Trenzalore expansion, swallowing the surrounding space around it and then there’s Rose’s shoe – yes, every time I look at it I assume it’s a scuff or an exposed piece of white card, standing out as it does against the blue of the TARDIS and her jeans – and my heart leaps out of my chest.

Yeah, I’ve stared at it a lot.

Then there’s the matter of glue. Others who have owned the set have complained that the plastic moulds holding each disc against the inner walls of the TARDIS have an annoying habit of coming unstuck – falling flat onto the disc below in a manner that served to remind you of their fragility and your fear of breakages (if you think that’s a tad precious, I still have the ‘Five Disc Set – Over Two Hours of Special Features Including…’ sticker on the front of it).

Well, I had the opposite problem. The glue was so tactile that the cardboard arm housing the booklet and the Doctor Who Confidential (Bring back Doctor Who Confidential!) disc became stuck to the disc below. This strange turn of events meant that I had no access to disc three without fear of tearing the now firmly stuck cardboard arm. This saga lasted around a year. It became unstuck of under its own volition, it’s viscosity had given way and, at last, I could finally watch The Empty Child again. 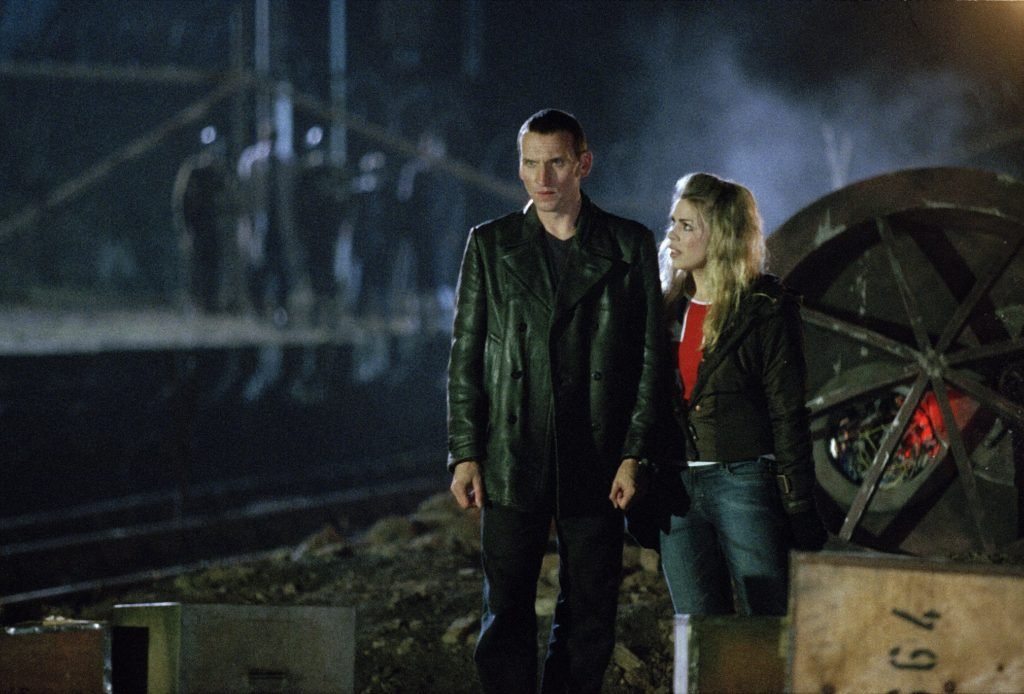 A lot of my memories of the set are twined with a lot of my early DVD purchases.

Being early adopters of this burgeoning format, we brought and still own some of those awkward first steps towards mass acceptance: take for example, The Fugitive release, coming as it did in those horrendous Warner Bros. snappy cardboard cases with the proof of purchasing tabs running down the inside spine of the case meaning that you would have to physically damage the spine in order to prove that you owned it to…well…someone.

It’s the kind of apt analogy that life only seemed to gift to the downtrodden, here’s a remind of why your desire to have something isn’t necessarily met with a desire to have you own something – there’s a tentative uneasiness with these releases, as if the format might implode at any moment and we would all go back to VHS and give up the digital revolution as a bad mistake.

The format itself was ‘still cooking’ too.

Going back to 1992’s enjoyably convoluted adaptation of The Fugitive, now, you may not have seen it in a while but I’m sure that other than that train crash, Tommy Lee Jones ‘hen house’ speech and that leap from the dam; the other outstanding memory you have of it might have of it is that it wasn’t the length of Ben-Hur. So it felt odd to have to shuffle off your sofa halfway through the movie to turn the disc over.

This boxset – along with the Ghostbusters DVD release with its ‘video commentary’ which resembled Mystery Science Theatre 3000 –  reaffirmed my own ambitions for what DVD releases could be. It wasn’t the aforementioned ‘five hours of features’, I just loved that it tried something that I hadn’t seen before and, if I’m honest, much like the show itself, its ambition wasn’t matched by its execution but I adore it for trying.

This is why I still cling to the physical format: Arrow Videos, Eureka’s Masters of Cinema range, the Doctor Who range – they all do things that other mediums don’t and that unique quality makes them worth parting with a little space and cash in this digital age. 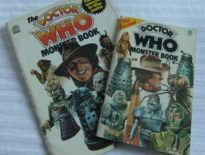 Features Our Favourite Merchandise: The Doctor Who Monster … 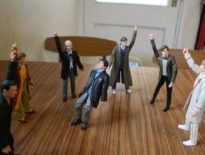 Features Playthings of Sutekh: What’s the point of Do…
0