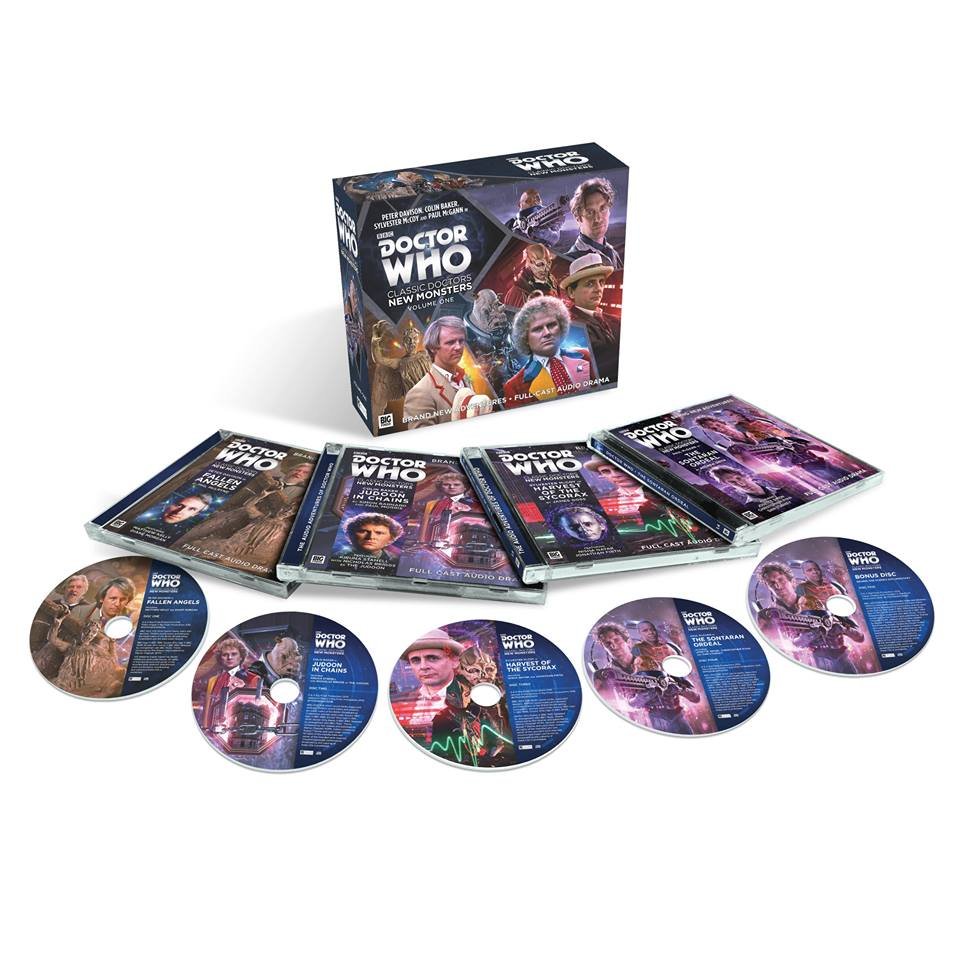 We’re all very hyped about the upcoming Classic Doctors, New Monsters boxset from Big Finish, and the audio company has ramped up the excitement by releasing the cover art for each individual story.

The set pairs Doctors Five to Eight with aliens from the revived 2005- present series of Doctor Who. First off, we have… 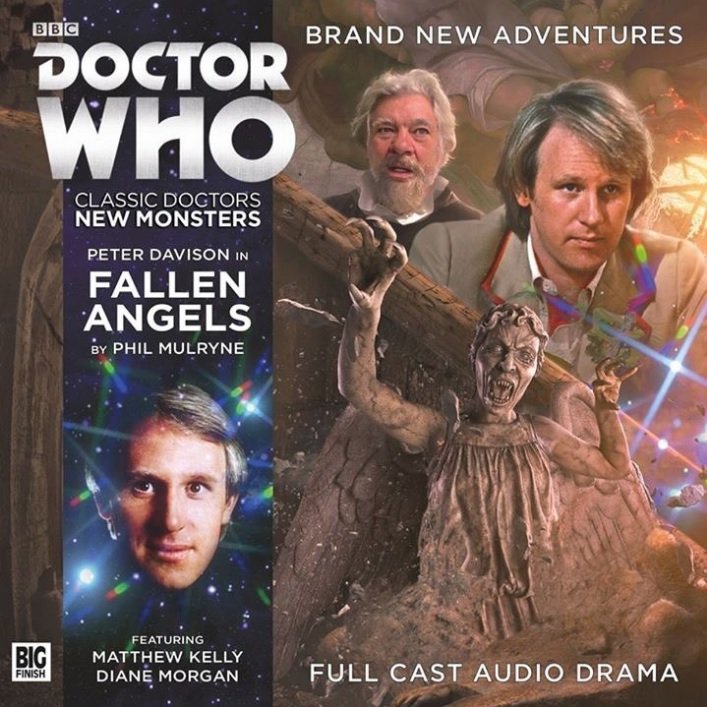 The Fifth Doctor meets the Weeping Angels, which no, doesn’t upset continuity: the Tenth Doctor knew about them in Blink (2007), so the timelines should remain in tact.

Written by Phil Mulryne and co-starring Matthew Kelly and Diane Morgan (who you might know better as the wonderful Philomena Cunk), this one should be interesting as the Angels aren’t generally very talkative. Presumably, they’re going to steal someone’s voice like in The Time of Angels/ Flesh and Stone (2010)… Bo! Sho! Fo! Cro! The Sixth Doctor has to defend a rather unusual suspect in this courtroom drama written by Simon Barnard and Paul Morris.

We first met the Judoon in 2007’s Smith and Jones, but they’ve cropped up in small cameos since in tales like The Stolen Earth (2008) and The Pandorica Opens (2010), as well as The Sarah Jane Adventures. Nicholas Briggs is back as the voice of the “big chief rhino boys”.

Harvest of the Sycorax Manipulative and ingenious: the Seventh Doctor is that sort of a man.

Yep, the Sycorax, who we only saw properly in The Christmas Invasion (2005) but have also been seen very briefly in The Pandorica Opens and The Magician’s Apprentice (2015), are back, this time facing up to Sylvester McCoy’s incarnation of the Time Lord. Harvest of the Sycorax is written by James Goss and also stars Nisha Nayar (Bad Wolf. The Parting of the Ways). Uhm, yes. This does seem a bit odd: the Sontarans are hardly ‘new’, having first appeared in 1972’s The Time Warrior. You could argue that because Dan Starkey’s in this one, that makes it “up to date” – but he’s also worked for Big Finish before, so…

I guess it’s the presence of Christopher Ryan as General Stenk/Flitch that fulfils the ‘new monster’ quota?

Written by Andrew Smith, we’ll have to wait and see how this does, indeed, fit into the new series – presumably as this is likely where we find out why the Sontarans weren’t allowed to take part in the Time War, which is exciting in itself!

Doctor Who: Classic Doctors, New Monsters is out on 28th July, and can be pre-ordered now for just £20. 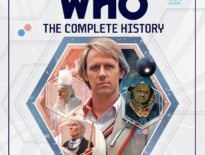 Merchandise Out Now: Doctor Who – The Complete History #… 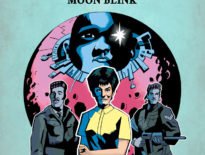 Merchandise This Weekend Only: Super Sale on Lethbridge-Stewar…
3