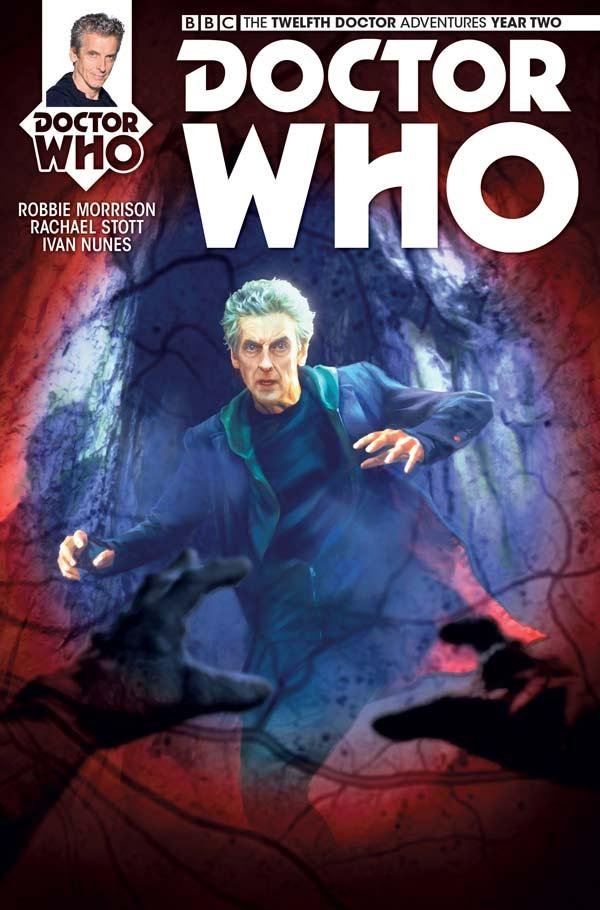 Come on then, what is more impactful? The image or the word? Comic books are a visual medium, they convey most of their strength through their depiction of what’s written on the page. So the temptation would be to say ‘excuse me but the writer is king’ but that’s not true.

It’s very much a collaboration – your eye scans each page as you flip it over (or if you’re like me, you cling to each panel for a moment, not daring to look across, less you spoil the moment) and drink in the story that follows after the art has grabbed you. A book has a rigid process, a picture book, a more languid, exploratory pace in space and time (Do you find when reading a book, you remain a lot more motionless when reading a comic? Comics are a faster, more involved read than books. On occasions you have to turn the book around or ‘orientate’ it if you’re reading on phone or tablet, just to catch a new detail).

Although it’s our oldest form of communication, it often gets belittled when in combination with the written word; as though our thought process should be able to do the job for themselves without the visual aids to guide us, thank you very much.

Take dialogue in comic books; it’s not meant to be read aloud. It’s not suggestive of a future performance – although it carries a lot of drama – it has to convey everything about that character and the world they find themselves in without the steady flow of visuals from a performance to make sure the correct meaning is being conveyed.

At its worst, it can be exposition heavy and didactic, at its best, its transformative. That unique mix of conveying conflicting emotions within a single expression is the hidden piece of magic in every comic book. Sure if the script reads ‘the Doctor is angry’ that’s self-explanatory – he’s a bit miffed. But how is he miffed? What does he do when he’s angry? What does the rest of his body do when it’s dealing with an excessive amount of anger? What does that do to the environment around him when he’s boiling with rage?

And now, the possibilities are opening up before us. That transformation comes from being relatively free within the medium to set the boundaries of the world these characters inhabit. That’s a large sandbox to play in, but it’s got its own rules.

Every time I crack open one of Titan’s Doctor Who comics, I’m reminded of what uniquely visual show Doctor Who is. Even at its cheapest, it’s like nothing else you’ve seen. But it’s got its rules too and they impact upon the comic too. Take the above example, you could just as easily type into Google ‘doctor angry tardis’ and boom, you have everything you need but that’s just a facsimile, it doesn’t contain any specific emotion pertaining to the circumstances of that scene.

It’s not unique to Doctor Who though, every superhero has a look, defined much by time and preference that, should one deviate from, they’ll perish in flames in various comment sections. It’s what we have come to expect, coupled with the rules of that world – rules that sometimes amount to ‘well, I don’t have to think about it, it just is’. This stuff always amuses me, how does, for example Batman turn his head in that cowl or even bend over when the opal of his utility belt is sticking him in the gut? It doesn’t matter, it just is.

I promise, I’ll shut up in a minute and actually talk about the comic, but you can see some of the process that an artist and a writer go through to make sure every inch of meaning is conveyed while keeping fandom at bay by keeping every image on message – and it’s something the Twelve Doctor’s comic run does surprisingly well.

What’s particularly great is that thanks to Clara’s pupils in tow, we once again get to see the Doctor through the eyes of someone new and there’s something joyous in the body language of Rachael Stott’s artwork. Whether he’s comically exasperated or hugging his stuffed fish friend (don’t ask) he’s positively (and sometimes literally) bursting out of each panel.

We get a brief explanation of why the Sea Devils don’t quite match their old appearance (here we are again, ‘keeping every image on message’), with the Doctor surmising that they’re simply “a warrior-class of some sort, perhaps”, which is all you need really as we’re treated to a delightful full page spread of the Roger Delgado as the Master, Katy Manning as Jo Grant and Jon Pertwee as the Third Doctor in 1972’s The Sea Devils. 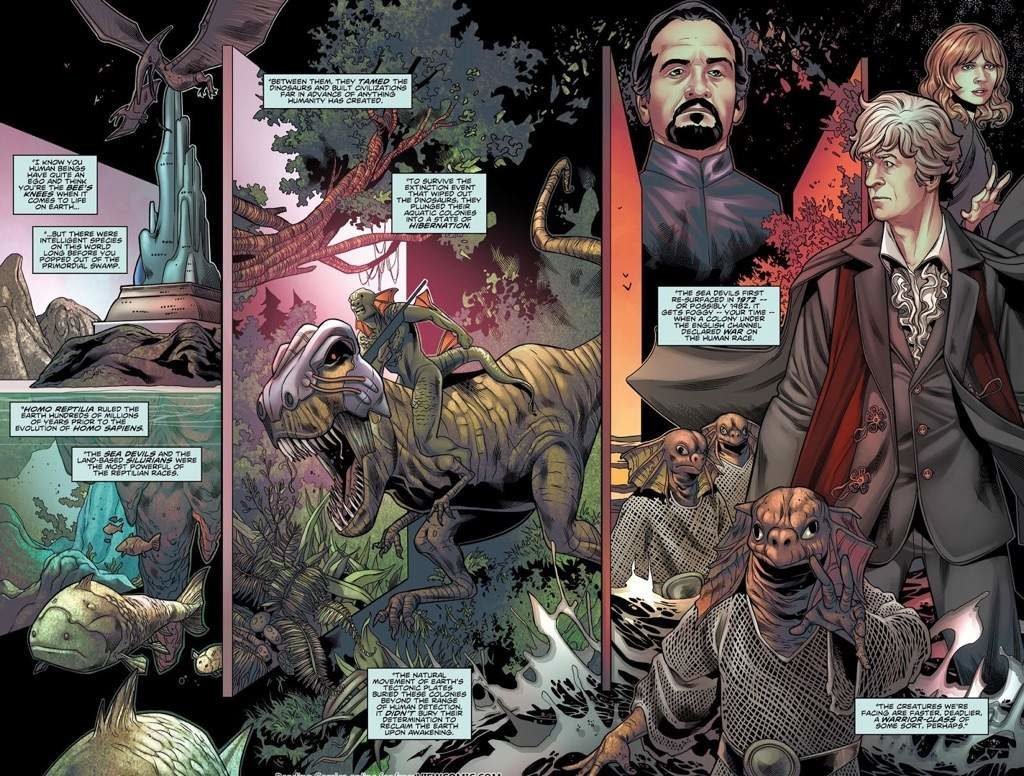 There are a couple of nods to that serial like the Doctor fights off an oncoming horde of Sea Devils using the sonic screwdriver to scramble their sonic communication.

What might cause more umbrage than the look of the Sea Devils and Silurians is their new method for removing the squatters from their homeland. It seems oddly out of character to have them turn puppet masters via a method very similar to the Facehuggers from 1979’s Alien but, it’s evolution and this warrior race mean business.

I’m not entirely sold on the new look – it’s a little too cartoonish when compared with the dead eyed look from the serial – but the intent behind the design gives them a menace somewhat missing from their new series appearances.

It’s only when we get into the nitty, gritty of their scheme back at Ravenscaur School that they lose some of their threat as the menace is escalated – perhaps they only work as a force to be reckoned with when your being chased by a tribe and not an entire battle fleet, but the design work is suitably awe-inspiring.

If we jump back into our ‘chicken or egg’ argument concerning the artist/writers place within the comic book process, then we really need to talk about Robbie Morrison’s perfectly pitched script.

It’s always fun when you get the feeling that the artist and writer are in sync with one another and push each other. I’m sure with the scene set in the TARDIS, Morrison must have pitched it just so – letting Stott play to her strengths while you can image the Stott really bringing to life the Sea Devil fleet, perhaps beyond what was written on the page.

There are a few strange moments: The Doctor using Eleven’s sonic screwdriver in what it very much a story set in the era of the shades (although it could be Clara’s screwdriver from a previous serial) or the fact that when the Doctor seemingly has no plan of escape, he clearly does and not one of his travelling party really call him out on it – although that also feels like a hanger-on from Series 8, and the moment when his enemy don’t find it at all curious that he puts his shades on…indoors…during a monologue about their nefarious scheme…

All in all, this second year of Twelve Doctor adventures from Titan keeps going from strength to strength and, with the creative team firing on all cylinders, it’ll be interesting to see where they go next.

Titan Comics Twelfth Doctor #2.3 is out now from Comixology, priced $2.99. 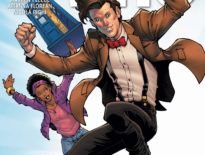 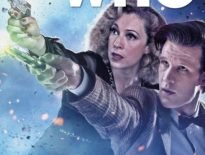