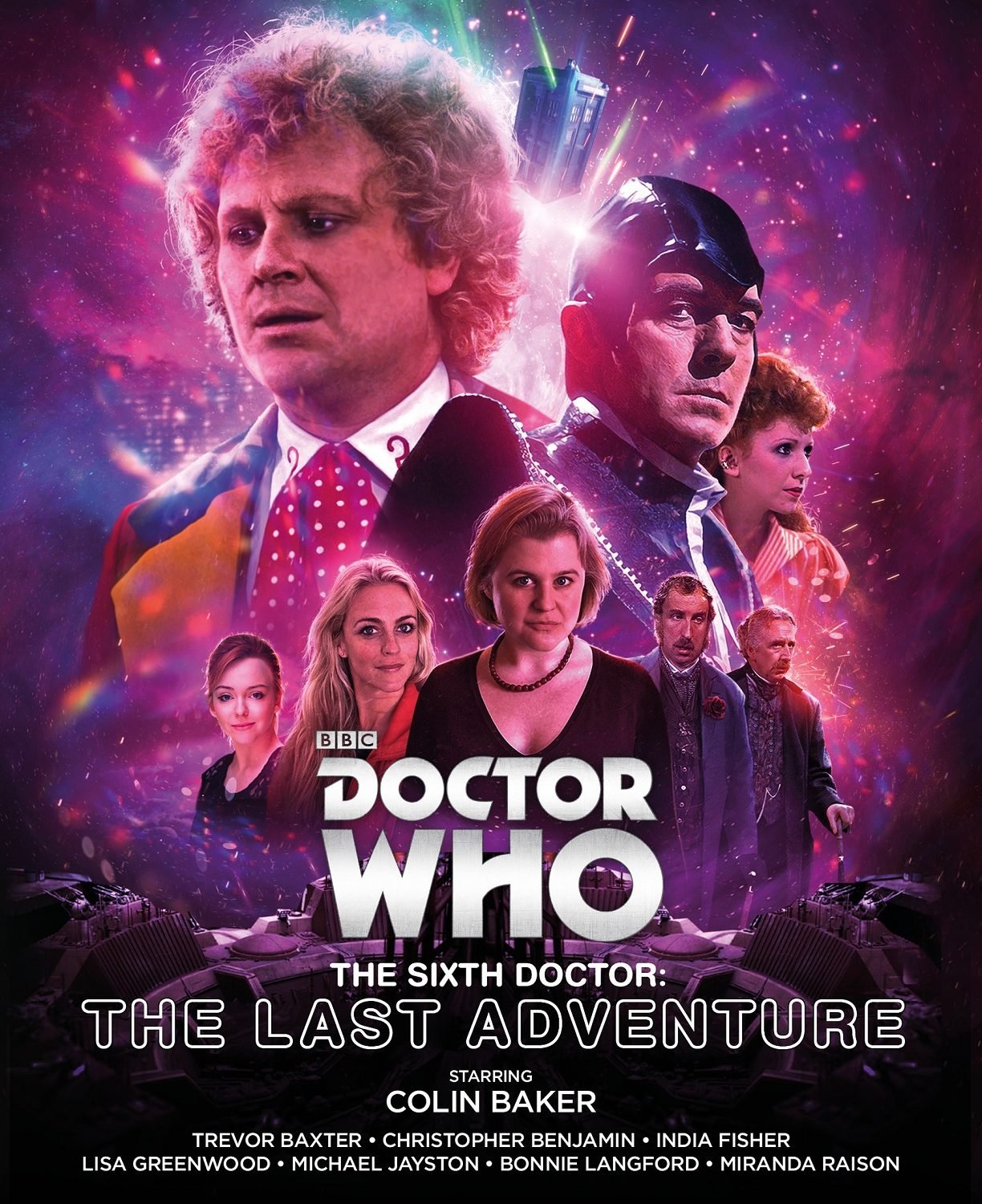 Colin Baker took the role of the Doctor at the end of The Caves of Androzani all the way back in March 1984. Colin last appeared in the role (specials aside) on TV at the end of The Trial of a Time Lord: The Ultimate Foe. His character regenerated at the start of Time and the Rani, but, as we all know, that was Sylvester McCoy in a wig. Colin never played his regeneration; with The Sixth Doctor – The Last Adventure, that changes. 30-odd years after taking the role, Colin Baker gets a regeneration story.

It is, of course, courtesy of Big Finish, the company that has arguably served Baker’s incarnation of the Doctor better than even his television tales.

This boxset consists of four single CD stories plus the familiar fifth disc featuring interviews. The stories are themed around a range of companions (most of them created by Big Finish) and a main enemy – the Valeyard.

The opening story is a train wreck; several of them. Simon Barnard and Paul Morris have penned a story of commuting and all its downsides. This story, The End of the Line (note the title) had the challenge of giving listeners, back in August 2015, the first chance to appreciate Miranda Raison as new companion, Constance Clarke, and avoids too many explanations, instead just diving in. What was supposed to be Constance’s debut – Matt Fitton’s Criss-Cross – came out the following month (and we’ll be hearing more from her in a trilogy of releases starting this November’s Order of the Daleks). The cast is great in this tense tale, with Anthony Howell particularly impressing as Tim Hope, but there are no bad parts. The story has layers: the Doctor and Constance focus on their mystery while we see the malevolent influence of another Time Lord.

Alan Barnes moves the action to a world of werewolves for The Red House and Charley Pollard (India Fisher).

Another great cast includes Rory Keenan and Jessie Buckley and we are treated to several great scenes between Charley and the Valeyard. Without spoilers, this is a well-crafted piece; India Fisher gives us a ballsy Charley and the story paints a richly textured world, with intriguing takes on life as a lycanthrope. We get hints of links to the other stories and a rock-solid individual story in its own right.

For Stage Fright, Matt Fitton has the presumably pleasurable task of giving us the juxtaposition of Philippa “Flip” Jackson (Lisa Greenwood) and Jago & Litefoot (Christopher Benjamin and Trevor Baxter) along with charming barmaid Ellie Higson (Lisa Bowerman). Flip provides a massive counterpoint to the Victorian heroes, which is just as well given that Jago’s theatre has been taken over by the Valeyard. He is recreating several scenes from the Doctor’s past with wanna-be actors – and not just any scenes, but ones from all his previous lives. Again, this story does more than it needs and the dialogue is witty and razor sharp. The references to a certain cult science film series need to be heard. They are laugh out loud in places. There is a lot for serious fans to enjoy, but at no time does the story demand the listener do any more than sit back and enjoy.

Nick Briggs (who also directed) wrote the final story, The Brink of Death. Although we know the ending, this doesn’t spoil the enjoyment.

Mel Bush (Bonnie Langford) is slightly sidelined, but a new character played by Liz White (Life on Mars, Doctor Who: The Snowmen) more than makes up for it, and provides a pivot for the Doctor and Valeyard to swing the plot to and fro. (Please, please let Liz return; she is wonderful!) There is a lot of tension and Nick does an excellent job of getting to the climax without self-indulgence or disappointment. Sadly, Evelyn couldn’t be part of this in the absence of Maggie Stables, and there’s no place for Peri. This still feels like a complete piece, even without them.

This is another story that needs to be heard on decent speakers and well done (again) Howard Carter.

In summary, this is a good set of stories, and it seems those involved found an extra gear and made this a candidate for the last year’s best special release.

Writer of some Big Finish Short Trips, reviewer, and blogger on Red Rocket Rising, Tony Jones can currently be found in the early 21st century. Mostly harmless. View all posts by Tony Jones 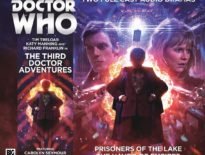 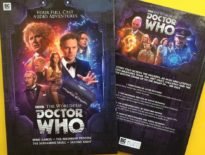 Big Finish Retrospective: Big Finish’s The Worlds of Do…
1