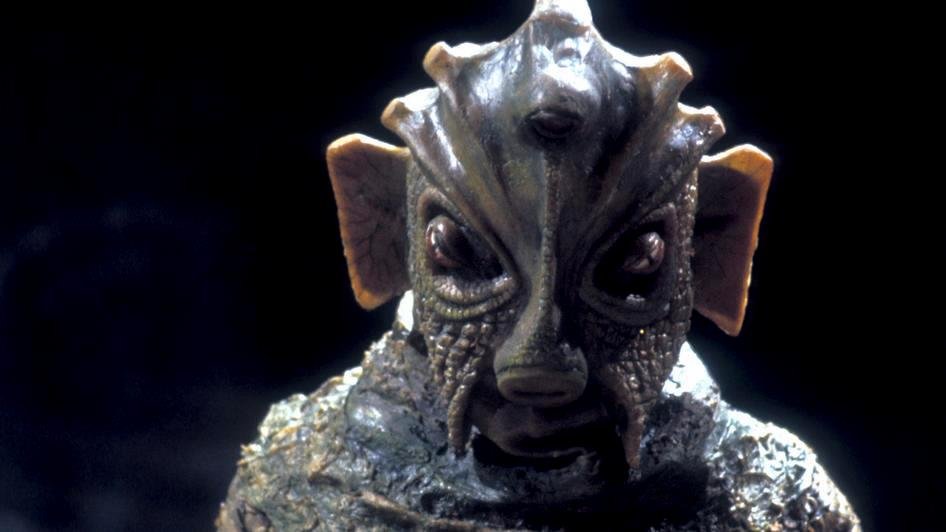 It’s difficult to believe that The War Games was less than a year before the Third Doctor’s second serial Doctor Who and the Silurians – it’s even more remarkable that it’s made by many of the same people.

Part of that marked difference is owed to the switch to colour – which included the early adoption of CSO (Colour Separation Overlay), the precursor to green screen which allowed the manipulation of one image either in the foreground or background of another. It would go on, for better or worse, to become a staple of Barry Lett’s time as producer.

Another staple would be an air of sophistication. Letts and his script editor Terrance Dicks would form a symbiotic partnership over the coming years, and speaking later in his 2007 memoir Who and Me, he would describe as:

“Simply put, each of us understood what the other was saying.” 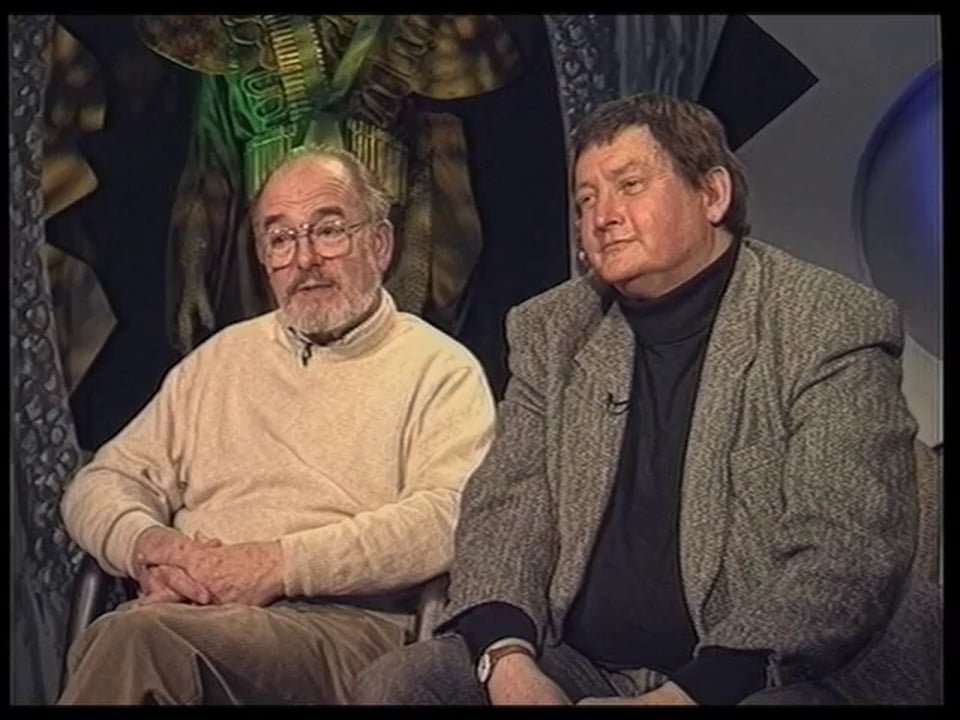 It’s the kind of modest, practical appraisal that typifies his personality and it’s reflected in the respect he commanded during and after his time on Doctor Who.

His first alteration to a script came with his first story, Doctor Who and the Silurians, a serial he inherited midway through its production and one that, thanks to budgetary constraints, was extended to seven episodes – three more than its hugely influential and successful predecessor, Spearhead from Space.

It’s his first serial that really cements the change of format: while Spearhead from Space spent most of its time establishing the Doctor’s new base on Earth after his exile, it’s Doctor Who and the Silurians that put the Doctor back at the centre of proceedings.

Letts was lucky enough to have inherited a smart, complex script from esteemed Doctor Who writer Malcolm Hulke, who in his brief was asked to ‘do something in caves’, and then presented something that cut to the heart of science fiction and ultimately our humanity.

In remarks reprinted in Doctor Who: The Doctor – His Lives and Times, Hulke said:

“In science-fiction there are only two stories. They come to us, or we go to them. I thought… what about… they come to us, but they’ve always been here. I described them as reptilian men in the script. It seemed to go down very well.” However in Dick’s introduction to the Target novelisation, Doctor Who and the Cave Monsters, he recalls the events surrounding the Silurians script differently. Worried by the Doctors exile to Earth, ‘Mac’ as Dicks affectionately calls him, said:

Coming to the realisation that there may be something in Hulke’s gloomy outlook, Dicks went into a funk for a day and a half. It wasn’t until inspiration struck, and he called Hulke to reveal his plan, that the idea of an invasion from within was first expressed.

Those reptilian men, the Silurians as they are later referred to at some point between these events and The Sea Devils, are from the distant past. Forced underground by an impending planetary catastrophe, the species awoke to discover that the apes had evolved and now claimed ownership of the planet.

It’s very similar to Nigel Kneale’s 1950s TV serial Quatermass And The Pit, where the presence of alien life suddenly awake primal memories in the observing humans, driving them to mass panic and reversion to their more primitive selves. It’s partly the reason why some of the humans go crazy at the sight of the Silurians and their pet dinosaurs. This idea of regression is largely cast aside for the social and political ramifications of the supposed enemies shared, uneasy existence.

There are other clear influences on Hulke; the idea of an ancient threat triggering repressed primal urges was a popular one in the 1970’s, thanks largely to Chariots Of The Gods author Erich von Daniken, and, of course, there’s a striking similarity to Planet of the Apes, with the suggestion that our ancestors were dominated by another species.

The beauty of the script is that it’s broad enough to serve as an allegory for any political or humanitarian conflict – the cold war, any situation where the indigenous people are threatened by colonists – with the caveat that, thanks to Silurians being here first, one allegory where both sides are simultaneously the conquering force and the oppressed natives. 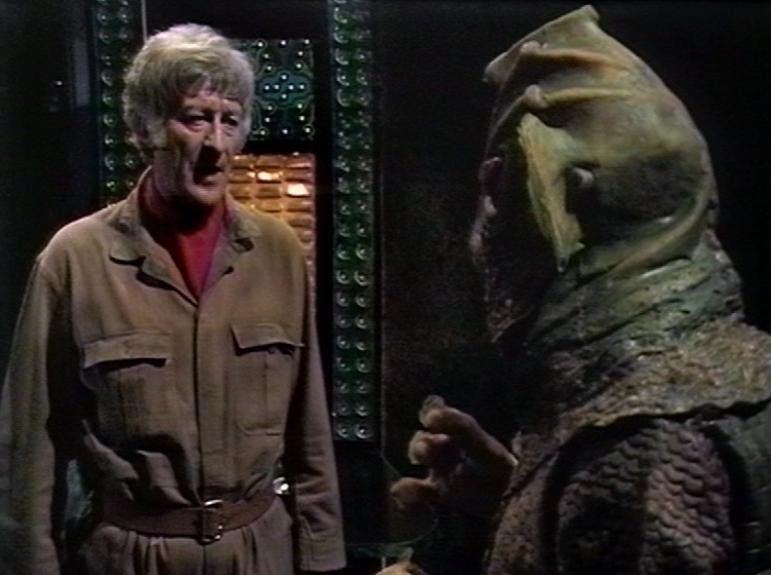 This moral ‘greyness’ was relatively new to Doctor Who – we weren’t worrying about good Daleks or conflicted Cybermen just yet – it may seem quaint now, but this was real progress; it’s this genuine valid claim from both sides and the Doctor’s attempts to get both sides to recognise that, which put the Doctor at the heart of the conflict and its one that’s still topical today.

Even the usual standards by which we judge the other, human characters are called into question by this new paradigm. Dr Quinn should be the kind of character that we form a bond with, being that he quickly assumes the role of the Doctor’s sympathetic confidant. However, his need for knowledge results in him bartering with the lives of the Silurian captives in order to gain the technology promised to him, is one of the first indicators that the Silurians are something other than a threat.

It’s his death that serves to galvanise others opinions either for or against co-habitation. Especially after the elder Silurian is murdered by his younger, second-in-command (it’s interesting that, even with their claim to Earth, the Silurian’s still act a lot like any other invading alien species). What follows is an argument between two perfectly rational points of view. It’s not impossible to think that the Brigadier made the right choice when he decided to seal the Silurian base with explosives and likewise, it’s understandable to see something of the Doctor in his actions too – after all, hasn’t he take drastic military action when it comes to the Daleks, Cybermen, and the Ice Warriors?

It’s remarkable that, given this was to be the beginning of a long and fruitful relationship between the Doctor, the Brigadier, and UNIT, this potential, permanent division between the two was raised at all. It’s not too much of a stretch to imagine that, if he still had a functioning TARDIS, he would have climbed on board and left UNIT to deal with the aftermath. No, what ultimately keeps each side from turning on the other is the Doctor’s humanity. In Barry Letts’ first major contribution to the show, he replaced the original scripted ending, which had the Doctor reacting angrily to the Brigadier’s actions, with something that emphasised the Doctors compassion.

As Letts himself explains:

“The Doctor, if he is to be true to himself, must be more humane than many a human”.

The show may have reverted back to the status quo after the events of Doctor Who and the Silurians – it never really did a great job of following up on this idea – but the idea of building ‘moral passion’ as Letts described it in his memoir, into the show was one personal philosophy that would serve as the backbone for storytelling during his tenure and leave a lasting impression on the future of the show.

Introducing: Doctor Who And Th… 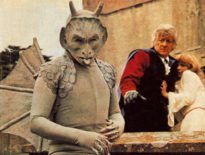 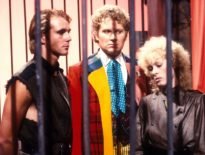