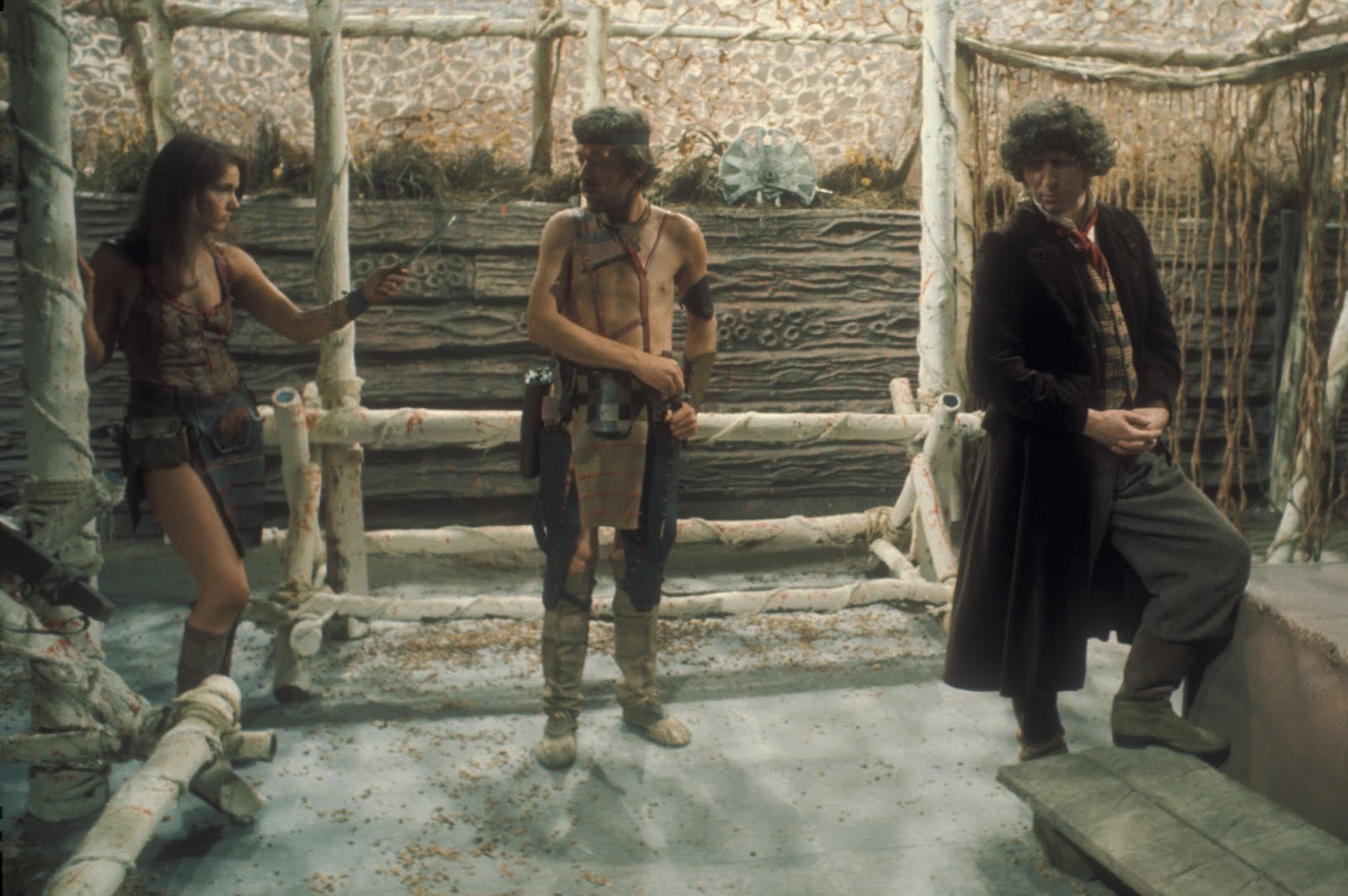 There can be few writers who made their mark on Doctor Who as quickly as Chris Boucher. With two consecutive stories, The Face of Evil and The Robots of Death, he established one of the programme’s most highly regarded companions and gave us an enduring classic which remains a favourite among fans to this day. Yet his next script, that effective chiller Image of the Fendahl, would be his last for the series. This seems odd; as has often been commented on by the likes of Steven Moffat, writing Doctor Who is a tough assignment that many writers don’t succeed in grasping, so you would have thought that when someone proves themselves as quickly as Boucher did they would be booked at least once a season by a production team thankful for their good fortune at having someone they could call on who so evidently ‘got it’.

We can probably blame Robert Holmes for the absence of another Chris Boucher story in all those Doctor Who episode guides. Invited to become script editor on Terry Nation’s new ‘Dirty Dozen in space’ series Blake’s 7, Holmes, perhaps feeling that his time in that role on Doctor Who had given him all the experience he wanted of working on Nation’s scripts, passed up the opportunity and recommended Boucher instead. Thus Boucher was to spend the next four years helping to oversee Doctor Who’s stablemate, in which time he wrote nine episodes himself (many of them among the very best Blake’s 7 had to offer).

Boucher’s list of writing credits makes for a useful primer in the British television landscape of the 1970s and 1980s. After starting out selling ‘three-line quickies’ to Braden’s Week, a number of other gag writing credits followed (including, intriguingly, for an early episode of the BBC’s unfathomably popular blend of consumer investigation, human interest, and humourously misshapen vegetables, That’s Life!) before he was urged by his agent to try out for Doctor Who on the grounds that they accepted submissions from non-established drama writers (oh, how times have changed…). 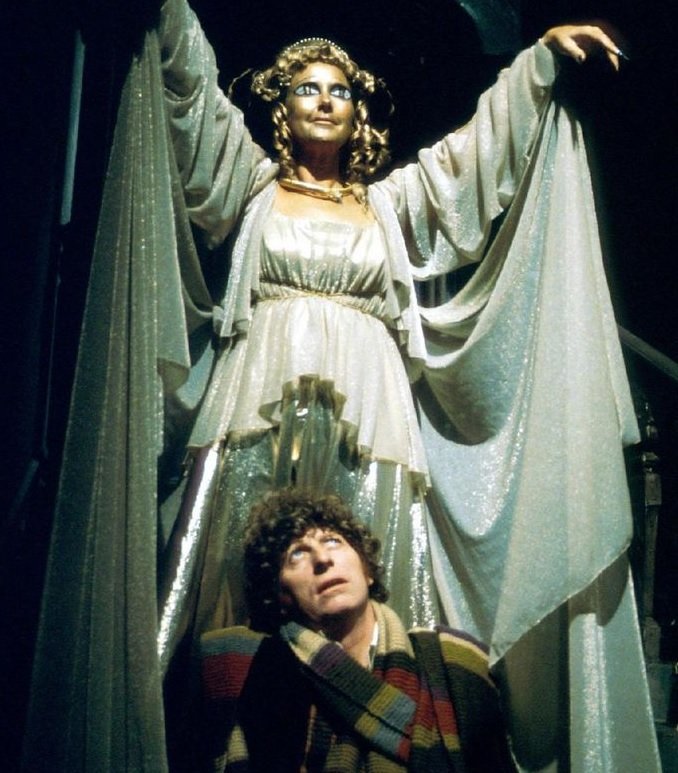 Originally intended as a single-story character, Leela was perhaps an example of Doctor Who’s production team trying out potential new companions on the quiet at a time when Tom Baker was pressing to be allowed to carry the show on his own. Whatever the reasons for the decision to make her a permanent part of the series (perhaps a combination of the potential provided by the new spin on the Doctor-companion relationship and Louise Jameson’s excellent performance), Baker was most definitely not happy. Nonetheless, Boucher was invited to write the next story and gave us the classic The Robots of Death, a memorable blend of Dune, murder-mystery, and that fear we all harbour that some day new technology will turn nasty.

Chris Boucher can be counted as one of the unsung heroes of Blake’s 7 for his work in knocking Nation’s ideas into the kind of shape that was going to deliver a sustainable series. Of the first run of thirteen episodes, all credited as written by Terry Nation, Boucher has said:

“Terry came up with the characters, he came up with thirteen good stories, but he didn’t come up with the dialogue. I remember saying, and I think it’s pretty close to the truth, that for a long time, Paul Darrow (who played Avon) never spoke a line that I hadn’t written or altered to make the lines sharper.”

Such is the lot of a script editor… Boucher did, however, get the chance to write a number of episodes himself and would use these to make the programme more nuanced in depicting its heroes and villains. In Star One, the concluding episode of the second series, Blake is forced to confront the uncomfortable truth that destroying the Federation will result in many deaths. Not every episode of Blake’s 7 stands up to scrutiny today but the likes of City at the Edge of the World, Rumours of Death, Death-Watch, and the final episode, Blake, are well worth seeking out if you want to understand why the series maintains such a long-lasting fandom. Following the end of Blake’s 7, Boucher got to create his own series in Star Cops, a blend of sci-fi and detective show which lasted just a single series. Coming at a time when the BBC was falling out of love with space-faring drama and beset by production problems, the series was probably fortunate to make it on to the screen at all though it has often been touted as a candidate for a Big Finish revival.

Boucher would secure more lasting employment in the 1980s writing and script editing some of BBC1’s most successful dramas of the era. Private eye drama Shoestring was relatively short-lived due to star Trevor Eve’s reluctance to continue in the role but both Juliet Bravo and Bergerac were staples of the channel’s weekend schedules for many years, each of them attracting huge audiences. But after a script for ITV’s The Bill in 1990, Boucher’s list of television credits dries up, though he would return to the world of Doctor Who with a number of novels featuring the Fourth Doctor and Leela, notably Corpse Marker.

In interviews Boucher always comes across as someone with a dry wit who is realistic about the ups and downs of a writer’s life (“I’m just looking for the odd job and the odd couple of quid here and there. And, as ever, it doesn’t look promising at the moment,” he told Kaldor City) but it seems a waste that someone with his ability should have been discarded by the medium he was so clearly very well-suited to. 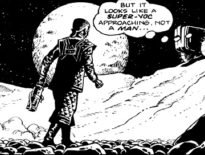 Features Love Robots of Death? Here’s A Guide to Furt… 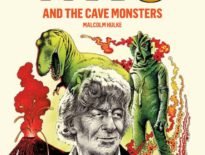 Features The Cave-Monsters vs The Silurians
8