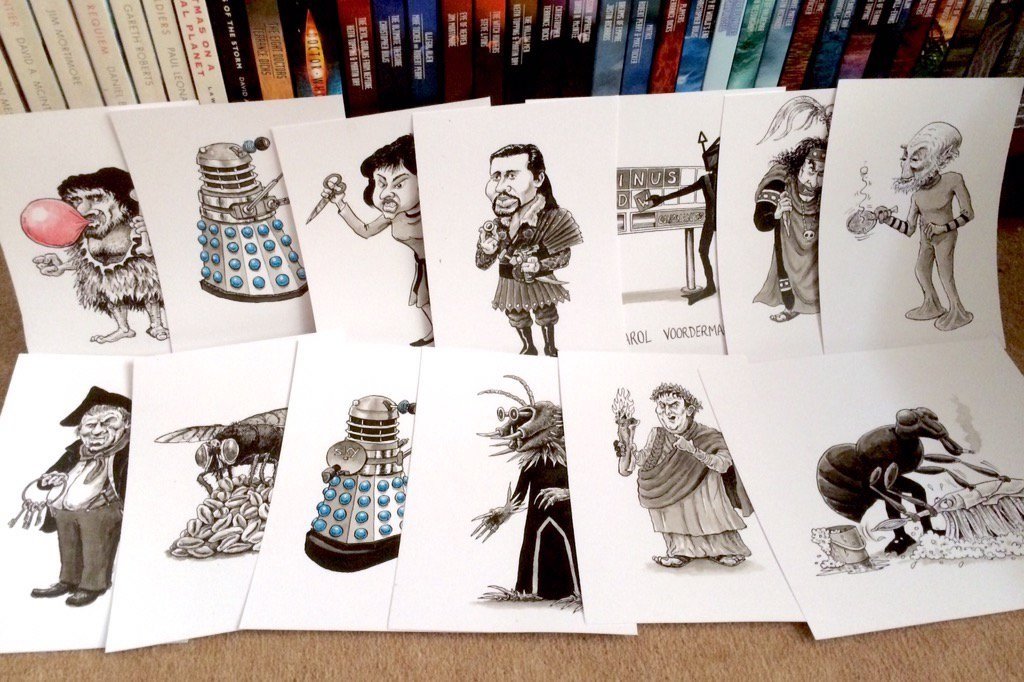 It’s Friday, it’s five to five – oh, no, wait, it’s not Crackerjack. But it is Friday and that means #FollowFriday, our weekly column advising anyone on Twitter to follow certain Doctor Who-related accounts.

Fandom’s a wonderful thing, and Ian’s feed is a prime example of how fans can get so immersed in the show and go that extra mile. Ian’s work is very much like the political cartoons you’ll find in broadsheets, mixing wit, terrible puns, and a solid grasp of the subject matter, representing the feel of a particular serial, for instance, in one image.

So if you want a jovial take on Who, Ian’s your man!

Between now and the 23rd, I'm going to try to get a drawing done of each of the Doctors celebrating with a friend. pic.twitter.com/G8wCkpGI5y

Today in 1977 we said farewell to Jago & Litefoot! 32 years later @bigfinish brought them back – 9th series out soon! pic.twitter.com/VVMLB9AwoZ

That includes, most recently, daily sketches (with brief intervals) charting every Classic Who tale.

.@ClassicDrWho Story 16 and the Mechonoids have just popped out to do a little shopping. pic.twitter.com/RyOUHzcmcI

While his feed is largely taken up with cartoons, he also demonstrates a great knack for realism too.

Work in progress. Wasn't very happy with it at one point but now I think it's getting there. pic.twitter.com/JBijx9x50Y

Having a go at something a little different for a change. pic.twitter.com/QECNSFoTuJ

Sometimes I love carbooting. This bunch were 50p each, 3 for £1. Some of them need a bit of a clean though. pic.twitter.com/3pm7qzhaTZ

So sad to hear the news about Christopher Lee. He was a lovely man – this is me when I got him to sign my drawing. pic.twitter.com/rYgY65fY39

The new Cyberman box set from @bigfinish – open it up and it's a Cyberman with a nose. Love it! pic.twitter.com/tr4nWZ5u78 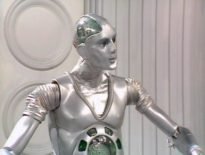 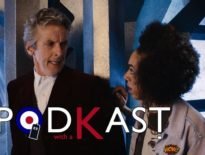