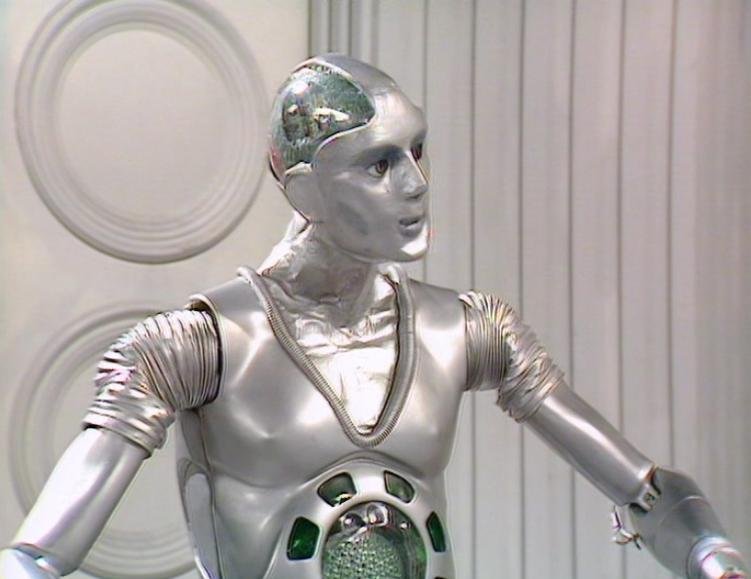 BEEP. BOOP. Everyone loves robots! Except when they try and enslave us all. But really would mulching 99% of the population really be that bad? Sure, our species won’t last but you’d be able to get a seat on the train… before they blow it up.

Still, robots are back in vogue following such films as Ex Machina and Channel Four’s drama Humans – a remake of the Swedish original purporting a world where leaps in artificial intelligence are used to build au pairs to make sure you have clean pants and who are totally not planning to murder you or your children in their sleep… honest.

Well, at least you don’t have to pay them a wage or maintain awkward conversation with them while they quietly resent you. Now, you know they resent you, you horrid subjecting slave master! Murderous intent aside, Humans is just the latest television drama to use the medium to imagine a future where the line between man and machine becomes increasingly blurred. It’s proper, grown up sci-fi for a prime time audience but robots didn’t always operate in such lofty airs.

It may shock you to learn, but some robots were used for comical, cute, and commercial reasons as this medium we love advanced. Exploring this very theme, writer and broadcaster Matthew Sweet, a familiar name to you all from his Doctor Who audio plays and short stories, as well as his appearances on several Doctor Who DVD documentaries, has been attempting to plug robots into the wider changes of the medium. Namely, recycling the same props so wafer-thin telly budgets wouldn’t be vaporised by encasing some bloke called Alan in a silver painted box.

“Robby the Robot, the lumbering rubberised minion from the big-screen Fifties space opera Forbidden Planet, clicked and whirred its way through The Twilight Zone, Lost in Space, The Man from Uncle, and Mork and Mindy, like a once-great star obliged to play smaller and smaller venues. A gang of matt-black robot revolutionaries constructed for the Sixties BBC Two series Out of the Unknown were painted white and sent to bother Patrick Troughton in Doctor Who.”

And it’s not like we can turn and scoff with cool modern detachment at such thrift penny ways. Doctor Who did it in 2012 with Dinosaurs on a Spaceship! That Mitchell and Webb look? Two lumbering mechanical guards nicked from a CBBC quiz show called Mission 2110. What are the triumphs of design? The cool concept made real in impressive fashion? The allies and the enemies?

There are obvious candidates and, to help me wade through a few, I’ve enlisted the help of my old Doctor Who news gathering pal, Newsbot 4000! Sure, he may look like an etch-a-sketch drawing of a rubix cube done by a man riding a unicycle down a cobbled street but, as sources of Doctor Who news go, he’s definitely one of them…

Sigh. Anyway, speaking of robots that don’t work, perhaps the most infamous robot in Doctor Who’s history is Kamelion. A product of great ambition meeting poor execution; when we were promised a robot companion for the Fifth Doctor, it sounded too good to be true. And it was.

In television, time is money and the time spent trying to get Kamelion to perform even the most basic of interactions with his human co-stars was a herculean task where no one came out any better for it. Struggling through two appearances in The King’s Demons and a cameo cut from The Awakening, Kamilion was given his marching orders in Planet of Fire.

So Newsbot 4000, got any interesting facts to share about Planet of Fire?

That’s a news story from 1827 isn’t it? Why do you have stories from 1827? That’s not even relevant to Doctor Who! Even if you are playing the theme music. And take that scarf off!

Described by the Third Doctor as the perfect killing machine, the Raston Warrior Robot were silver-clad assassins who staked the Death Zone – and, according to Past Doctor Adventure novels World Game and The Eight Doctors – they were a product of a young Time Lord race experimenting with creating such weapons, Raston robots used atomic radiation to keep themselves perpetually charged, could operate without their heads, and moved so quickly as to appear to be teleporting; all while killing a cyber-squadron in less than a minute.

In other words, they were awesome. Even if they did leap into the air like a backing dancer from Fame.

3. The Robots of Death

Just look at their name! Although technically they were titled Super-Vocs, Vocs and Dums, this mechanical twist on Agatha Christie and Dune saw Professor Taren Capel attempt to lead a robot revolution, letting his mechanical brethren slip the bonds of human dross.

Only he didn’t bank on a quite grumpy Fourth Doctor (Tom Baker hated the scripts and made his feelings known) and a canister of helium… That means this serial is high (no?) on our list of top robots.

While robots of the past were clunky, boxy affairs, the Clockwork Droids, originally from 2006’s The Girl in the Firpelace, were a thing of beauty: scary, unfeeling and driven to insanity, they were a wonderful one shot villain that perhaps outstayed their welcome when they returned to the show in Deep Breath – they get a pass for the haunting performance of Peter Ferdinando as the Half-Face Man.

Everyone loves K9! Well, not Tom Baker, but everyone else loves K9. Taking his orders literally and avoiding contractions at all cost, the Doctor’s loyal companion is charming, lovable and, if School Reunion is to go by, deadly too.

So which robots do you love? Do you think Doctor Who stopped people sniggering behind robots backs? Let us know below!

(Adapted from an article published on Kasterborous in June 2015.) 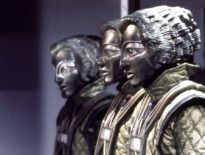 Features Agatha Christie and the Robots of Death 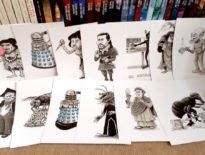