Anyone attending next month’s New York Comic Con is in for a treat – because it’s welcoming the stars of Doctor Who, and spin-off, Class, including two Doctors, three companions, and two writers!

The Eleventh Doctor, Matt Smith is appearing alongside Twelfth Doctor, Peter Capaldi, and they’re joined by Karen Gillan (Amy Pond), Jenna Coleman (Clara Oswald), and, in her first convention appearance, Pearl Mackie (Bill). Showrunner, Steven Moffat will also be in attendance, as will executive producer, Brian Minchin. As well as talking about Doctor Who past, present, and future, they’ll be doing a panel on Class, alongside show creator, Patrick Ness (More Than This), and a number of its main cast: Greg Austin, Sophie Hopkins, Fady Elsayed, and Vivian Oparah.

Attendees will also get a sneak peek of this year’s upcoming Christmas special (and can we expect to hear the episode’s title?), and hear more about Series 10, Moffat’s last season and Mackie’s first.

Alessandro Vitti, artist on Titan Comics’ Supremacy of the Cybermen, will be sketching down Artists’ Alley; so too will Doctor Who comics’ cover artist, Todd Nauck.

If you’re a Doctor Who fan, this is the place to be! And of course, everyone who can’t get to the Big Apple, including myself, is very very jealous…

The New York Comic Con takes place at the Javits Center from 6th to 9th October. Check out the official site for more information. Tickets are still available for Thursday 6th, but not all guests will be there every day.

Doctor Who and Class Extravaga… 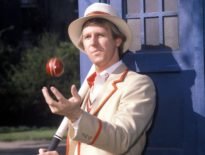 News Peter Davison to Guest in Grantchester – As … 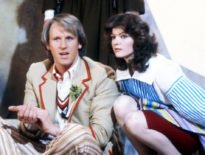