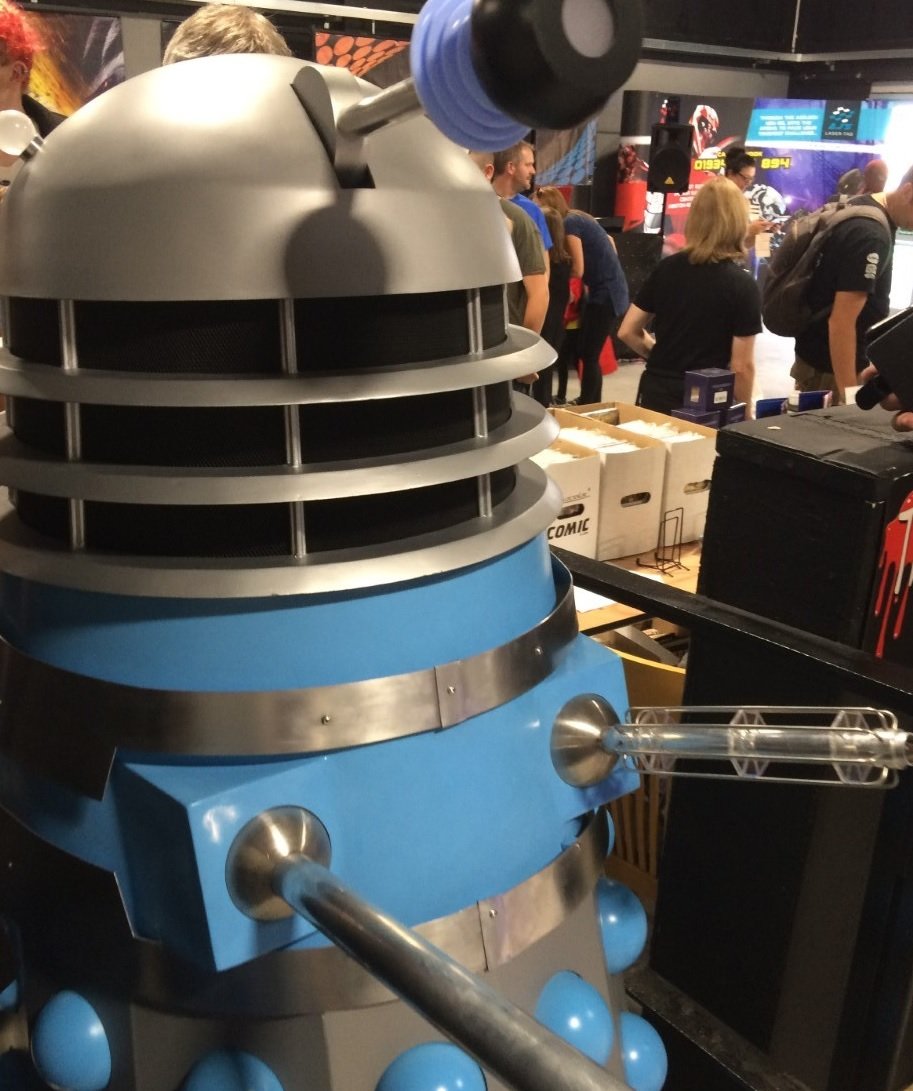 I can finally say it: today, I met the Fifth Doctor, Peter Davison!

That is big. Peter doesn’t really venture to the South West – few Doctors actually do – and as I’m a big fan of his, I was very excited to hear he’d be at the Stars of Time event, Weston-super-Mare, in an unprecedented move, the second Stars to be held in the small seaside town in a single year. Normally, it’s held in the spring on the outskirts of Weston, at a place owned by an MP I… let’s say, disapprove of. This year, we had one in the spring, and one during the August Bank Holiday at the Tropicana, right on the seafront.

But what would it be like? A change of venue can make or break a convention, particularly when the new location is a highly controversial one.

The Tropicana. It might ring some bells. It’s a huge place that used to house a magnificent swimming pool; back in 1937, it had the highest diving board and was the largest open air swimming pool in Europe. Then the Council left it to rot.

Despite repeated calls from Weston residents to do something with the Tropicana, it lay derelict for around 15 years (give or take the odd burst of inspiration, during which they’d open up the café at the front to get a bit of tourist trade in). Except it was made worse by the Council letting construction workers dump a load of rubble in there, even breaking an original fountain (and leading to its demolition). You might not have heard about all this because North Somerset Council likes to keep these things as quiet as possible. You certainly won’t have heard about all these controversies when national news covered a very special exhibition there last summer. Banksy’s Dismaland. Yep, it was wonderful and disconcerting. And sad. Seeing what had become of the old place was so disheartening. You could see why the world-renowned graffiti artist decided it was the ideal site for his distorted Disney-esque exhibition.

For a year, it’s largely gone under the radar again. We knew the Stars of Time was incoming, but would it really be suitable? Would they have done the place up a bit in the intervening year?

The answers are, respectively, yes and no. Yes, it turned out to be surprisingly suitable. And no, nothing’s really been done to improve it. That means the Stars of Time is a great convention, let down by lots of little things.

The website warns that the Tropicana can only entertain 3,500 people, but there was no word about the funfair that occupies the main expanse, what would’ve been the swimming pool. I’m sure this had been welcomed by some families, but it still felt a little grim, the cracked and sloping floors, broken tiles, and weeds adding a dystopian tinge to the dodgems, waltzer, and bungee trampolines.

Similarly, nothing’s been done to the indoor rooms which the convention occupied. For Dismaland, it was absolutely sweltering. Today, it was pretty much the same – albeit slightly better when someone came across the genius idea to open the doors to let in more air. Air conditioning would’ve been lovely. Industrial-sized fans too. Once you got used to it, it wasn’t too bad, but you couldn’t stand it for too long. I’ve no idea how the guests coped. And that’s what it’s all about, isn’t it? Guests. The Stars of Time boasted two Doctors, a companion, and plenty of other stars, including David Stone (Star Wars: A New Hope), Bern Collaço (Spectre), and Eileen Roberts (Star Wars: A New Hope). Tina Simmons is a fresh face at conventions, having appeared in Star Wars: Return of the Jedi, and in the Inferno club in 1966’s The War Machines: it’s always good to have a friendly new star to speak to, and she was very giving of her time. Clem So, who you’ll know best as a Clockwork Droid in Deep Breath, though his credits also include Pond Life, Time-Heist, and The Husbands of River Song, was back after May’s Stars of Time, so it was great talking to him again.

Colin Baker’s a regular in Weston and admitted he really likes it here. Sarah Sutton, aka Nyssa, is also a frequent visitor, often recognising fans from previous events. Their section of the room was decidedly organised compared to the melee of further signings…

It was truly wonderful to see the never-ending queue of fans waiting to see Peter Davison. It’s incredible but perfectly just that his Doctor gets so much love. The line for his autograph was huge from the get-go, effectively erecting a wall of people in front of further guests, including Miltos Yerolemou (Game of Thrones), and yes, even Colin Baker and Sarah Sutton. Similarly, when Davison went to a professional photo session (pleasingly, £5 instead of the £12.50 advertised), the queue essentially ran the length of the whole room, with a few stragglers trying to shoulder in on the act.

The queuing system was largely a shambles. A free-for-all. It was a joke. You can rely on many fans to form some semblance of order; you can rely on others to be ignorant and arrogant and shove in. Nonetheless, it was more than worth braving that queue for a brief chat with Peter, a signing session, and a free photograph.

Elsewhere, there were more exhibitors than usual, stalls selling comics, movie posters, models, and all manner of merchandise. A few regular stalls were there, but a couple were missing too, which is a big shame. Those I spoke to agreed that the venue wasn’t perfect, at least in condition (and heat!), but there was added interest during this tourist season – a perk of being right on the sea front at the twilight of summer.

You’ve got to take the rough with the smooth. Fortunately, there was more than enough to enjoy, to overshadow the Tropicana’s state. Let’s hope Colin, Sarah, and co. found it similarly conducive and come back soon.

Peter Davison told me he’d last been to Weston-super-Mare when he was really small, and recalls getting stuck in the mud. I really, really hope he doesn’t leave it long for another return trip. Today has proven how highly-regarded he is, and that was utterly wonderful to see.

The Stars of Time continues on Bank Holiday Monday 29th August 2016 at the Tropicana, Weston-super-Mare, although Colin, Sarah, and Miltos were only attending Sunday’s event. 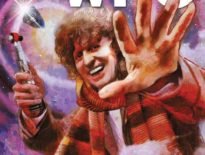 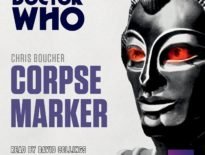