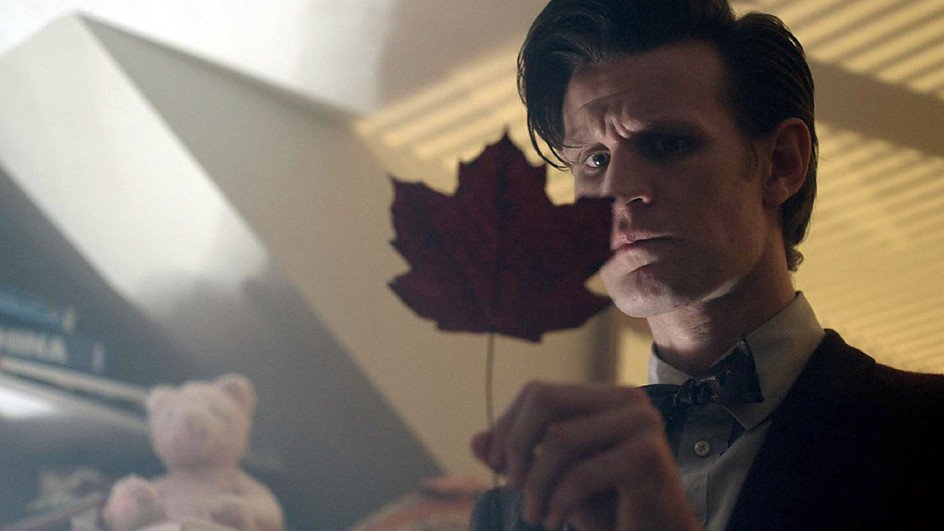 Earlier this month, we cited set reporters who said Peter Capaldi had told them that Doctor Who would be filming in Vancouver in October. This would have marked the first return to Canada for the show since the stillborn Doctor Who: The TV Movie was filmed there in 1995. To this date, Canada is the only country other than the UK where the entirety of a Doctor Who episode was filmed.

The potential is certainly there for a new Vancouver-based story: it wouldn’t be all that unprecedented for Doctor Who to (tastefully) rip off X-Files a little more, in stealing its iconic, moonlit forests too. But alas, it appears it wasn’t meant to be. “With regards to Doctor Who filming in Western Canada,” says BBC Drama Publicist Ceri Mears over an email correspondence, “I can confirm that this is not true.”

But there’s reason to believe this might not be the end of the Canada-related rumours. For starters, these rumours began, not from just anyone, but several trusted insiders who have emphatically swore they’ve only reported what they heard from the Twelfth Doctor himself. What’s also interesting is the particular wording that Mears used: “filming in Western Canada” – why specify Western Canada, unless you have plans to film elsewhere in Canada? It’s possible, then, Capaldi may simply have been confused.

Missed in the premature social media celebration of the Vancouver speculation was this tweet from Lisa Blamm:

@MacaulyCairns Damn he had told me in June it was going to be Toronto. Sad face 🙁

Her tweet suggests Capaldi may have gotten the cities mixed up – saying Vancouver rather than Toronto. Toronto, Ontario is of course Central Canada, rather than Western Canada. It’s unlikely that Doctor Who would use Toronto as a setting for an episode (no offence intended) as it might have with Vancouver, but Toronto does often double for cities as diverse as New York City, Boston, and Baltimore.

Toronto’s Doctor Who roots run deeper than one might think. Doctor Who creator Sydney Newman was born and raised in Toronto where he worked for the Canadian Broadcasting Corporation (CBC) and produced the nationally ubiquitous Hockey Night in Canada. After changing the face of British television quite literally, Newman returned to Canada in the ’70s and died in 1997 in his home city, Toronto.

Another legend growing up in Toronto at the same time as Sydney was Superman co-creator Joe Shuster who cites Toronto’s tall, crowning skyline as his inspiration for Metropolis and the Toronto Star (where he worked as a paperboy) as his inspiration for the Daily Planet. Although its skyline has changed, Toronto is still the business and industrial centre it was then and hosts a bustling film and television industry; most recently Suicide Squad was filmed in Toronto, while later this year production is expected to begin on the new Star Trek series and Suits. Shooting Doctor Who in Toronto in October would suggest a ‘party’ of sorts. You see, most of the main characters of Steven Moffat’s era as showrunner are played by actors and actresses living and/or working in Canada or in North America – and Series 10 is, of course, Steven Moffat’s final series as showrunner. Shooting Doctor Who in Toronto would accommodate any number of these performers in a central location.

Likewise, David Tennant (The Tenth Doctor) will be filming in and out of Portland, Oregon, while fellow ‘Doctor’ Matt Smith will be playing the lead in a Robert Mapplethorpe biopic to be shot later this year.

Both Toronto (and Vancouver) would be well placed to accommodate a slew of actors and actresses who could take part in a Doctor Who special or finale filmed in October. But it would, admittedly, be unusual timing to film a special or finale since Series 10 would not be more than half completed when filming began in October.

Regardless, the setting (if true) suggests a star-studded return – perhaps even a time-paradox-breaking, temporally-complicated one – for the Doctor and his friends and frenemies. Especially so if the special were set in New York City, where, last we heard, the Doctor’s still unable to visit without tearing a hole in the fabric of time and space (or is that just 1938? Or just the Pond situation?). Recruiting past Doctors could be the Doctor’s workaround to return to New York City without… erm, returning to New York City, erm, if that makes sense…? 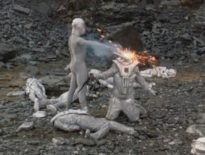 Features Did the Third Doctor Ever Fight the Cybermen? 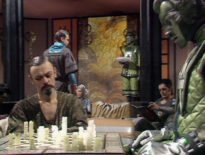 Features But is it Art Deco?
1